A Kenyan woman got to her house on Sunday to find her daughter out cold, unconscious and and unresponsive.

In a Facebook post, she says that house-help has sent her a message earlier in the day ,apologising:

“Mama nimekukosea tu sana na usimwambie baba plz sawa.yaani nafeel kutoroka aki usimwambie plz utanitetesha ama?” ( Mum, I’m so sorry, do not tell you husband, I feel like running, are you going to be angry at me?” the house-help asked.

When the mother of two asked why she was apologising , the house-help claimed that she had broken a water glass and was sorry for it.

Since the woman was at the hospital with her husband, she laughed it off and decided to wait until her husband was discharged.

Yet, a sliver of an odd thought presed her to go home and check on her kids.

When she got home, she checked the dustbin and there were no shards of the broken glass. Alarmed,  she rushed to her kid’s bedroom.

Her 3-year-old daughter was propped on the bed awkwardly while facing the wall. She was also unresponsive.

As she carried the baby to the sitting room, she noticed that the kid’s neck was red and had signs of abrasions . She asked the house-help what had transpired. 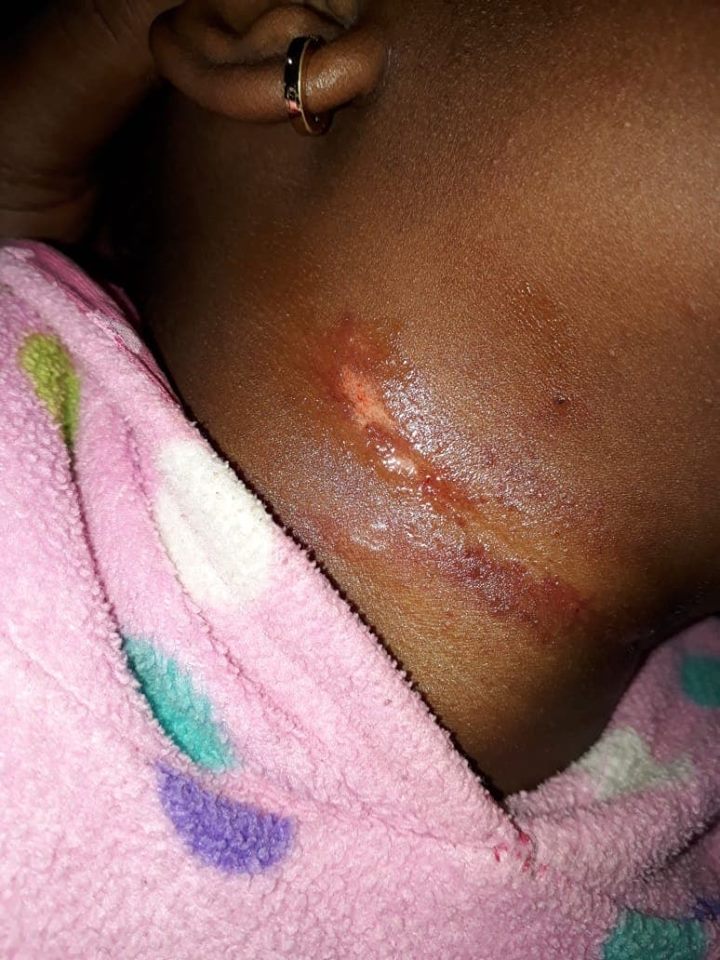 3-year-old girl strangled by a house-help in Nairobi when the parents were away. Photo: Facebook/She Talketh

And here is where it gets spooky.

The house-help started hitting herself on the head with her hand, saying that she thought she had recovered.  From what,  you ask?

Apparently, she is mentally ill and was on medication without the knowledge of her employer. 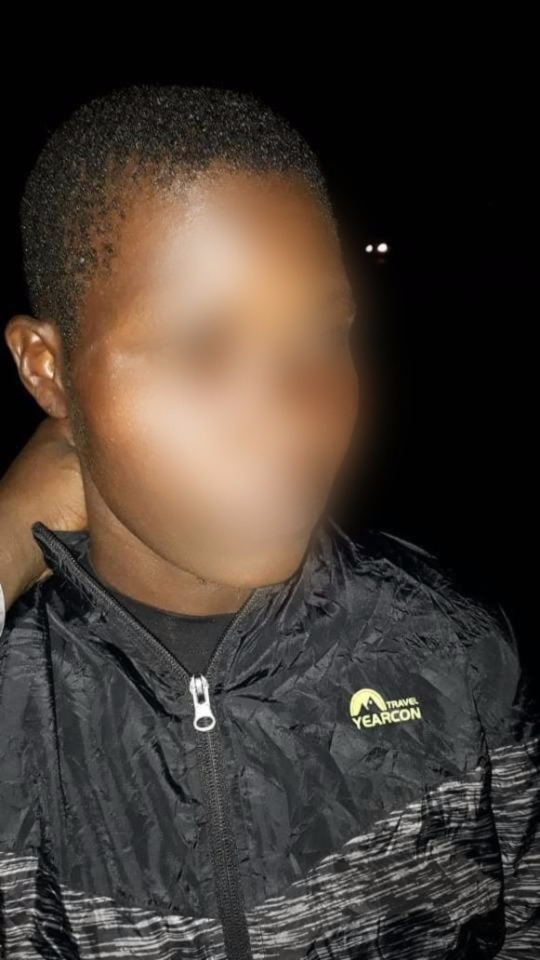 Her mother says that she was under Chlorpromazine (CPZ) treatment ( medication used to treat mental or mood disorders such as Schizophrenia and psychosis).

While she was being questioned, the woman’s husband walked in just as her baby started saying that the house-help had strangled her.

The woman says that they asked her to pack and leave and she became aggressive forcing them to take her to a police station where she was held overnight. 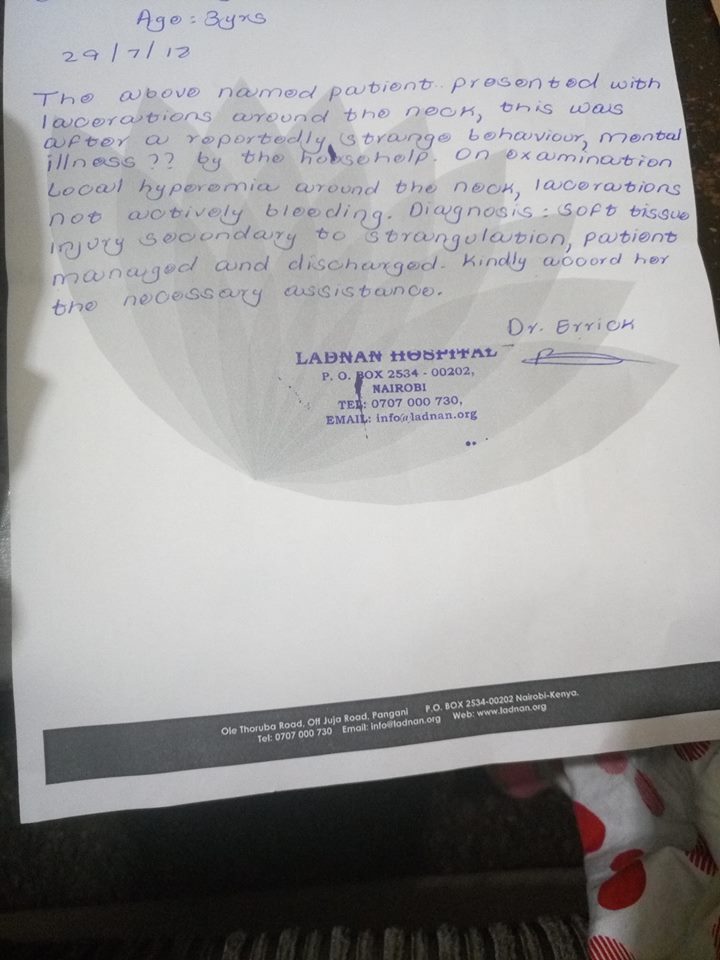 A hospital record where the 3-year-old victim was checked in after her ordeal. Photo: Facebook/She Talketh

The house-help’s family in Bungoma has asked her employer to allow their child to go back home to seek medical attention before she hurts herlself or other people.

But this begs the question; why allow a mentally ill person to go work without disclosing the information to their employer?

See some of the reactions on social media: