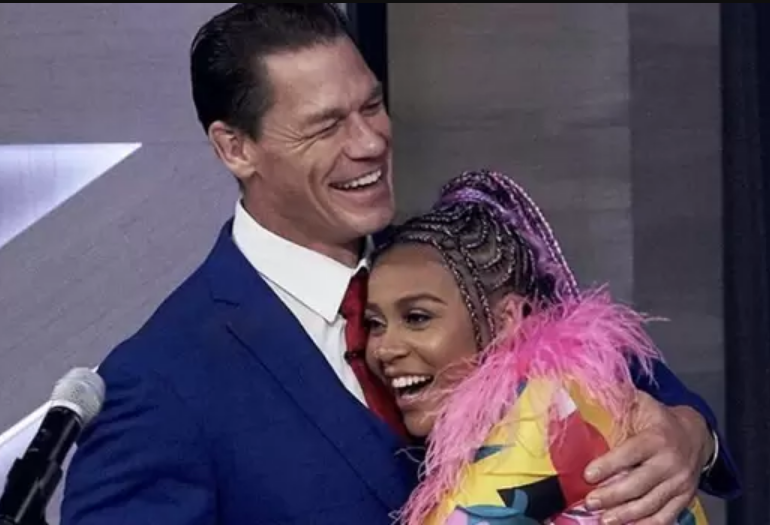 South African musician Sho Madjozi, real name Maya, has finally come out to speak about how she came up with the concept for her latest popular smash hit ‘John Cena’.

The song, which first gained traction when she performed it on Colors Studios, is named after a World Wrestling Entertainment (WWE) legend by the same name.

Speaking during a recent interview on The Kelly Clarkson Show, Sho Madjozi explained that the theme of the song was centralized around a phrase John Cena used to say while still at WWE; “You can’t see me.”

According to the fast-rising sensation, she wrote the song after a boy she liked failed to direct any attention her way.

“John Cena always used to say ‘you can’t see me’…so when we used to play Wrestling with my cousins I used to pretend to be John Cena,” she said.

“…then recently I had this boy that I really like and he just didn’t notice me ever so I was like ‘this guy can’t see me, maybe I’m John Cena.'”

Sho Madjozi also narrated how she became a fan of John Cena and the WWE fraternity while growing up.

“I grew up in a very rural area, Limpopo in South Africa, and there was on one television in my village…and we got to watch two TV shows; one was a local drama called ‘Generations’ and the other one was Wrestling,” she said.

“I love John Cena. So if I didn’t go by Sho Madjozi I would’ve gone by John Cena, probably, but it’s already someone’s name.”

John Cena surprised the songstress by appearing on set midway through her performance and congratulated her for “doing the impossible” by having a viral dance challenge named after him.

The wrestler-turned-actor, in a previous interview, revealed that many of his fans – as well as WWE – had urged him to sue Sho Madjozi for copyright infringement but he refused.

“So I woke up one day, flooded with messages like, ‘man, you need to check out this link, you need to check this out right now. This girl is singing about you.’ I said, ‘that’s great’, and they said, ‘no it’s not, this girl is making fun of you, she’s using you in a song, you’ve got to stop this’,” he narrated.

“So, it’s two schools of thought. Yes, she’s mentioning my name and referencing what I do for a living, and I could easily be like, ‘yo, that’s IP copyrighting’ or I could say, ‘wow, she is a South African artist and my contribution at WWE has sparked creative inspiration to someone halfway across the world’. She can do whatever she wants.”