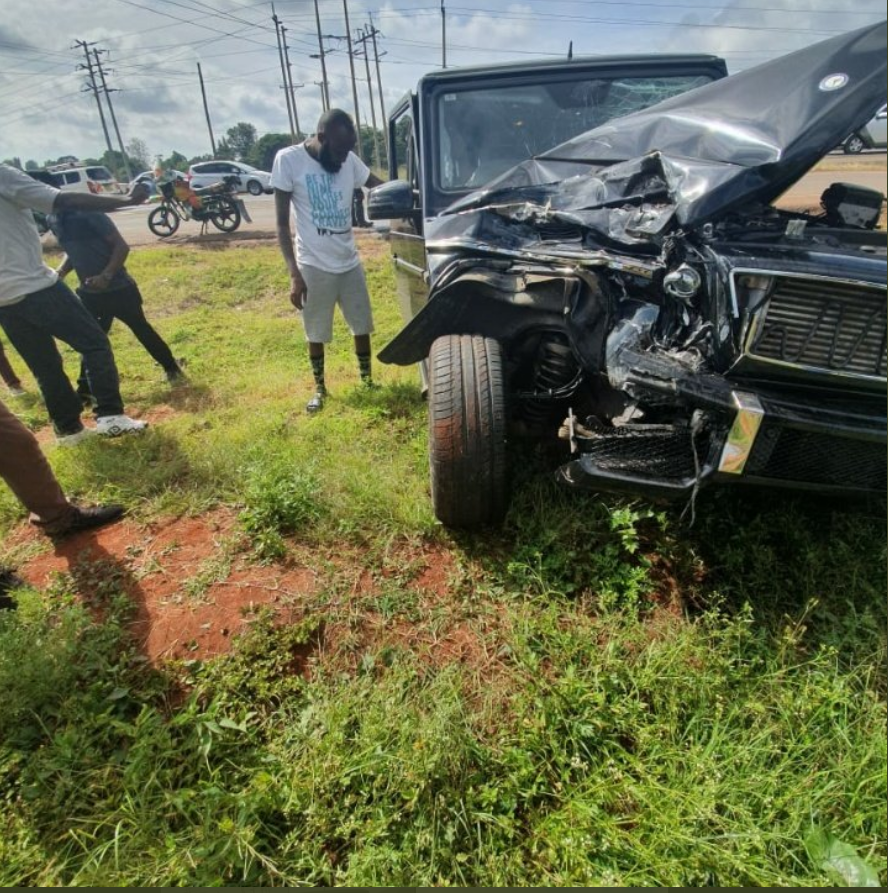 Former Kiss FM’s radio host Shaffie Weru has spoken for the first time after a car he was riding in crashed into a cement truck along the Nothern Bypass.

Taking to Twitter after the accident, the self-proclaimed bad boy of showbiz told his fans that he was safe and thankful to be alive.

Hi #TeamShaffie Thank y’all for all the many calls!!! Ignore the mob stories!!!! All in all I’m great and I’m alive!!! Happy holiday Y’all!!!! pic.twitter.com/vbwe7bGwPd

And he was indeed lucky.

The matte black Mercedes G Wagon he was riding in was totally mangled and had been thrown off the road on impact.

Shaffie Weru stands next to a wrecked Mercedes G Wagon he was riding in when it got into an accident. Photo: Kiran Weke/Twitter 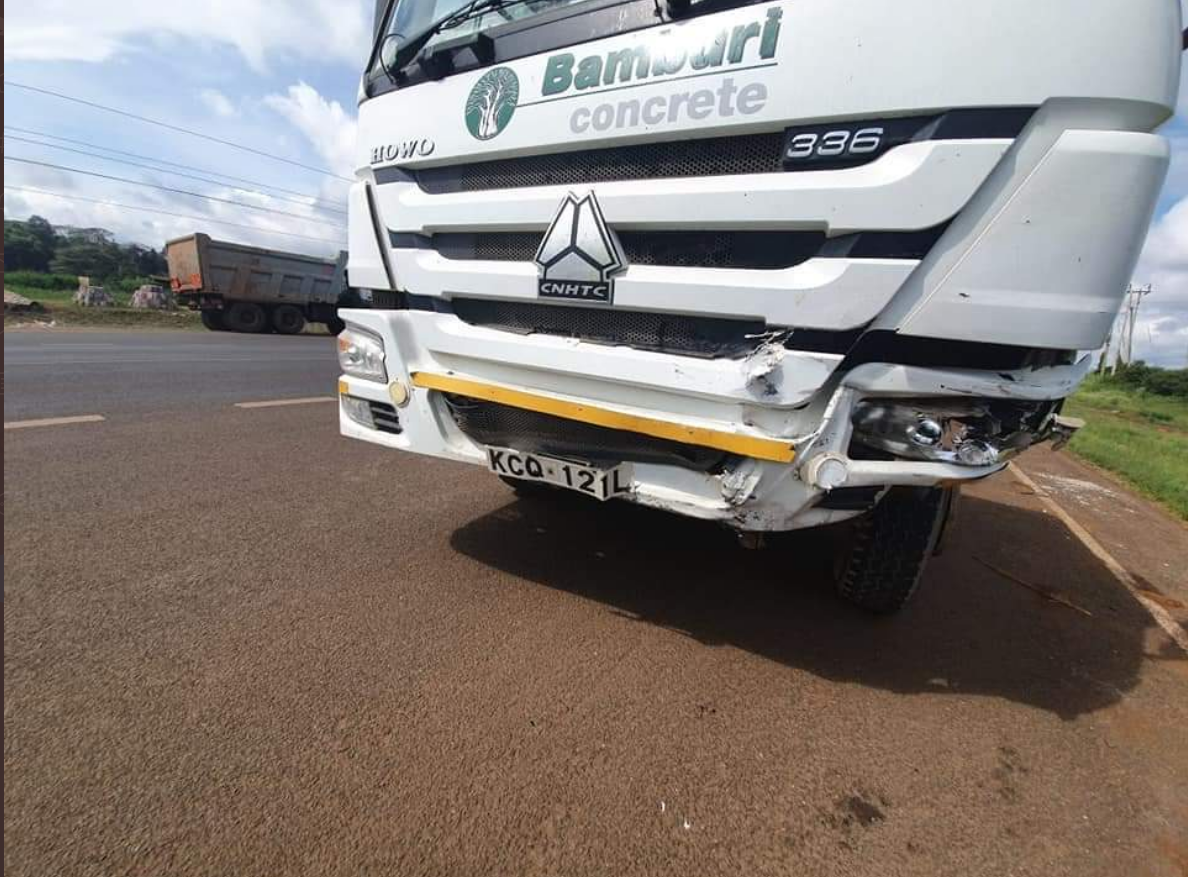 The concrete truck that collided with the car Shaffie Weru was riding in.

All the airbags appeared to have deployed if the photos plastered on social media were anything to go by.

Netizens however, appeared more concerned about the amount it would take to repair or replace the high-end SUV.

Importing a 2012 G Wagon to Kenya will set your bank account a cool Ksh. 20 million back or more.

Its repairs, depending on what is being replaced would also possibly run into the millions.

Locally, the same model is driven by among a handful others, lawyer Ahmednasir, President Uhuru and news anchor Jeff Koinange.

In the west, the G wagon is a statement of opulance for flashy Hollywood celebrities; the likes of Jeffrey Star, Drake, Tory Lanez and Offset.