Senator Khalwale took to Twitter on Friday to break the sad news. 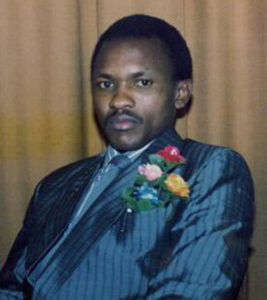 Captain Ashiono has died aged 58. The family is yet to communicate the cause of his death.

Captain Ashiono was a lecturer at Moi University School of Aerospace Science until his demise.

In February, 2016, Senator Khalwale lost another of his elder brother Henry Khayati Khalwale.

The senator’s brother had been admitted in hospital before passing on aged 66.

Khalwale eulogised Khayati saying he was a wise and sober man.

“He (my brother) asked my mother to stop educating me from proceeds of chang’aa and took over (the business),” he said.

Opposition leader Raila Odinga was among leaders who sent condolence messages for the loss in February.

Other leaders and associates who condoled with Khalwale include Machakos Senator Johnson Muthama.