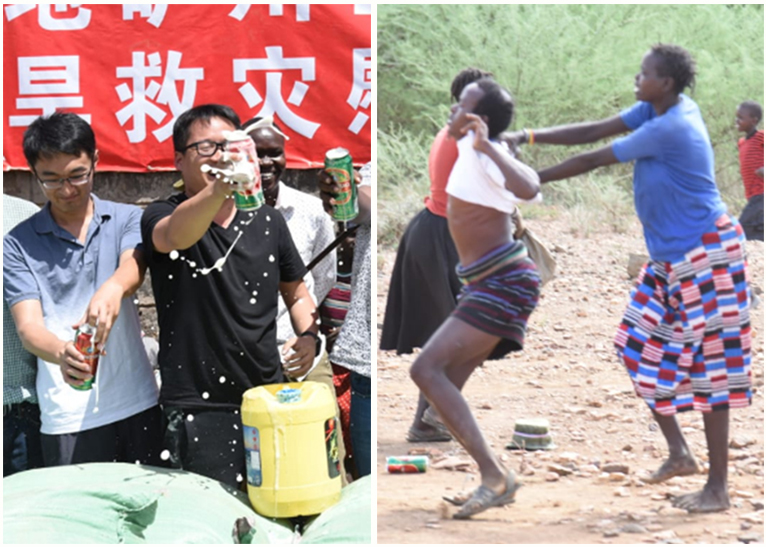 Speaking while donating foodstuff in Tiaty, the church’s women’s ministries said they were “perturbed” by Chuanshan International Mining Company’s decision to serve Tiaty residents with alcohol and “other” foodstuff, instead of buying the local inhabitants milk, water and energy drinks.

The women’s ministries leader, Anita Too, said Chuanshan should have offered long-lasting solutions to the water and famine problems in Tiaty.

Ms Too suggested that since the firm deals in mining, it should have offered to sink boreholes and construct irrigation systems for the residents.

The donation benefited at least 500 families in Nginyang area in Tiaty Constituency.

On Friday, Chuanshan Mining Company shocked a section of Baringo residents, when it donated over 20 cartons of alcohol to Tiaty inhabitants, who are grappling with famine and severe hunger.

Besides the alcohol, Chuanshan International Mining Company also donated food to the residents.

The firm is set to begin mining diatomite at Katikit area in Tiaty.

Three hundred 90kg bags of maize and twenty 10 liter containers of cooking oil were among the goods donated by Chuanshan firm.

The donation was done in a chaotic manner as the firm left residents to scramble for whatever foodstuff or drink they could land their hands on.

Some residents fought, leaving the physically strong to walk or ride home with a huge chunk of the donation.

Motorcycles, muscles were all employed to ferry home the loot.

Chuanshan firm director, Han Ke, said he thought it would be “prudent” to donate alcohol because people from the Pokot community “like to drink alcohol”.

That was the first time in the history of the area that donors took alcohol to residents.