Tanzanian singer Ali Kiba could be in trouble if a revelation by one of the managers from his home country is anything to go by.

Ali Kiba is being accused of conning among other Kenyan artistes Coast-based singer Brown Mauzo of TSh33 million (KSh1.53 million). 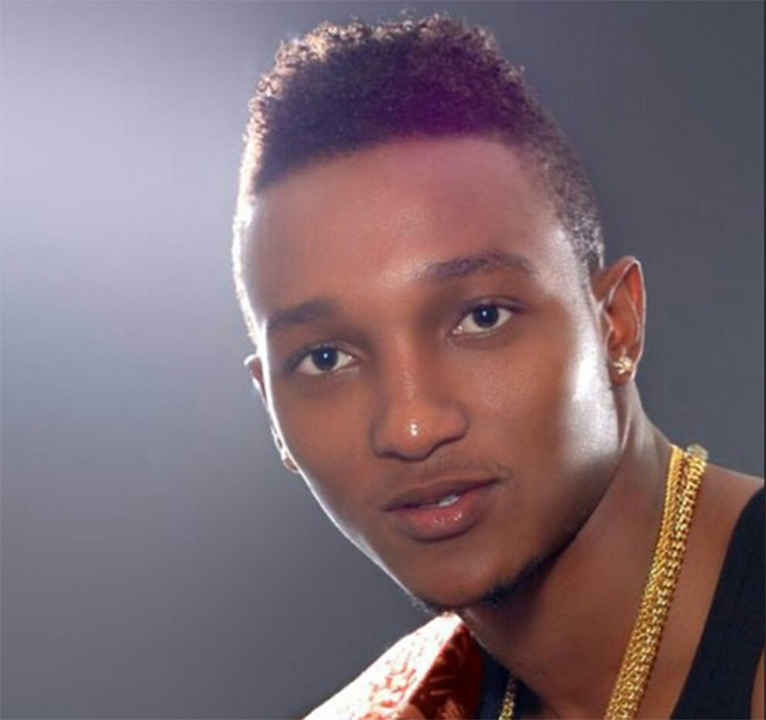 Tanzanian weekly Risasi reports that Mauzo and other undisclosed artistes had paid Ali Kiba the amount of money so that he could record a collabo with them. But since money exchanged hands, Ali Kiba became elusive.

The evasion of pursuit made a witness identified as Rajabu Salum ‘Mchafu’ – who saw Kiba being paid –, to be arrested.

According to Mchafu, Mauzo and other artistes from Kenya ringed him relentlessly urging him to connect them with Ali Kiba for a collabo.

“One of the Kenyan artistes is known as Brown Mauzo. He and his crew reached me on phone, saying they wanted to feature Ali Kiba in a song. I communicated their desire to Kiba who said he would only record a collabo with them after he was paid USD15, 000 (KSh1.53 million),” said Mchafu.

“Mauzo and his team agreed to pay Kiba. When they came to Dar es Salaam, we met at Mlimani City. I was Kiba’s witness and Mauzo had his legal team that comprised two lawyers. After a short negotiation, they decided to go to the bank to withdraw TSh10 million (KSh465, 000).

“However, before doing the transaction, they deliberated and urged me to persuade Ali Kiba to lower his threshold charge.  Initially, Ali Kiba wanted a deposit of TSh32 million (KSh1.49 million), inclusive of video shoot expenses, accommodation and meals.

“Ali wanted a non-Tanzanian video director, so we settled for South Africa’s Justin Campos. For the audio recording, Brown preferred Tanzanian producer Manecky, but Kiba disapproved of his choice. Kiba wanted his own Aby Daddy of Chaiderz Records.  So, Kiba asked Brown to add another TSh1 million (KSh46, 000). Brown and his team got furious at the demands and left without sealing a deal with Kiba.

“Kiba asked me to negotiate with them, saying the producer’s dues must be paid separately. I went to the hotel where they were booked in. We reached a compromise, and agreed to meet that evening to finalise the deal, which we did. I gave Ali TSh20 million (KSh930, 000) which Brown and his team had raised. They promised they would complete the balance of TSh13 million (KSh604, 000) the following day.

“The following day we met at Producer Aby’s studio where Kiba, Mauzo and his team recorded audio of their new song. Mauzo and team thereafter flew back to Kenya. After a few days, Mauzo and team wanted a copy of their song.

“When it was sent to them, they were not impressed by the recording, saying it did not meet their expectations and standards.

“Man Water advised the song be recorded afresh. He said he will charge for his services though. I liaised with Brown Mauzo’s manager in Kenya, who sent TSh1.5 million (KSh70, 000) for the fresh recording. Brown sang his part, but Kiba did not.

“However Kiba became elusive. When Brown reached him on phone he either ignored or switched off the device. When Brown finally got in touch with him, Kiba said he, on his part, won’t do a fresh recording.

“When we investigated, we found out that producer Aby was paid TSh150, 000 (KSh7000) and not TSh1 million (KSh46, 000) as Ali Kiba had claimed. When Aby realised Kiba had duped him, he became demoralized and failed to give his best.

After the first audio recording, Mauzo and team requested for the passport numbers of Kiba and his manager so that they could process the needed documents to go shoot a video.

“When we’d look for Kiba, he’d give us excuses such as: he is not in Tanzania, and when he got back to Tanzania, he said he had a series of performances to attend. When we called him on phone, he would either deceive us or fail to pick,” said Mchafu.

When Mauzo and team saw they wouldn’t get hold of Ali Kiba, they reported Mchafu to authorities and he was arrested, since he was one of Kiba’s witnesses to the deal.

However, Mchafu was later released. He says he called Ali Kiba and vented at him for depicting unprofessional and socially-unacceptable behaviour.

Kiba, to cover up the wound, agreed to record a collabo with Mauzo and do the video of the song on August 10.

The video is supposed to be shot in South Africa.

Ali Kiba was unavailable for comment. However his manager Seven Mosha has rubbished the claims, saying: “Those are just propaganda. Kiba did not con anyone.”

eDaily’s attempt to reach Brown Mauzo for comment bore no fruits as his phone was switched off.