Sauti sol, Kenyans renowned Afro-pop band is not only taking over the international music industry by storm but also seemingly conquering the fashion world.

In 2015, their distinctively contemporary sense of style was initially put on the spot light and questioned during the Coke Studio performance.

The mannequins on display at the exhibition where dressed similarly as how the all-boy band was dressed during the Coke studio Africa sizzling performance with Yemi Alade. 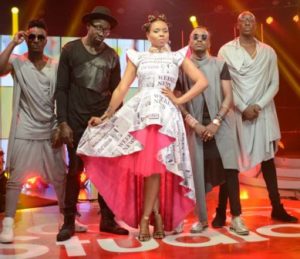 “These outfits were somewhat controversial when worn by Kenyan boy band Sauti Sol during their Coke Studio performance in 2015. But why? To see the outfits in the flesh and find out why they caused a stir, come along to #FashionCitiesAfrica at Brighton Museum,” read the Brighton Museum post on Instagram. 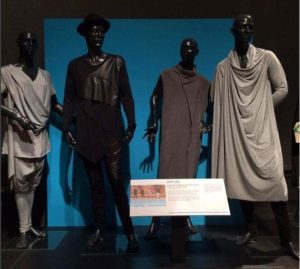 Sauti sol took to social Media to express their token of appreciation:

“We’re super honored to have our picture and style featured on the #FashionCitiesAfrica exhibition at Brighton Museum & Art Gallery. This is the first major UK exhibition dedicated to contemporary African fashion. We wore the outfits last year during our#CokeStudioAfrica performance with@yemialade.”