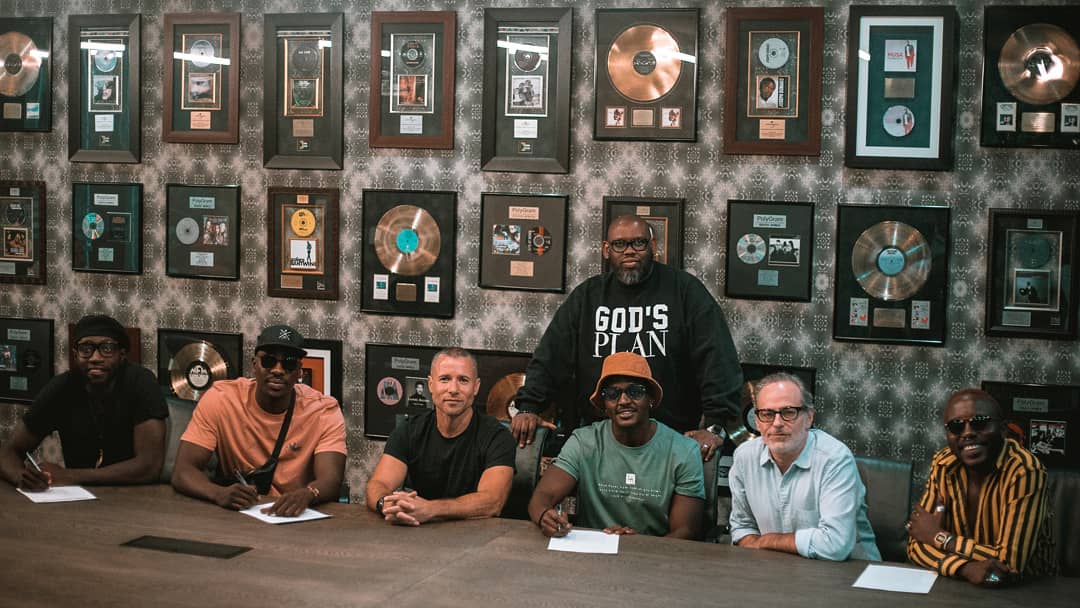 Sauti Sol has gone international. On a bigger scale than you could ever imagine.

The deal will see Sauti Sol unlock a new level of opportunities in terms of deals, shows and access to Universal Music Group’s far-reaching global network.

Sauti Sol’s lead singer Bien Aime was over the moon when the word broke and took to social media to share the fantastic development.

He captioned a photo of the band with reps from UMG: I love new beginnings. I have waited for this day for all my life. I can’t wait to share love, music and be back on the road. The year off has really been a steep learning curve. But I couldn’t think of a better way to come back than this album. @sautisol fans are about to have a blast. I LOVE YOU ALL.

Sauti Sol has inked a deal with the Universal Music group. The third act from East AFrica to do so.

The other third of the band; Chimano Austin, Savara Mudigi and Polycarp Otieno were equally beside themselves with glee while welcoming their first major label deal.

The new deal, the first of its kind in Kenya comes at a time when Sauti Sol is set to launch its much-awaited album- Midnight Train.