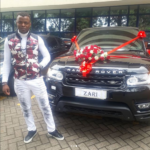 Zari is in Kenya for a cancer awareness event dubbed Colour Purple and Ringtone is determined to get her attention after months of salivating on the ex-wife to Tanzanian singer Diamond Platnumz.

Ringtone on Thursday posted a photo of a brand new black Range Rover parked outside a posh house and claimed it was a present for Zari as he has missed several of her birthdays. 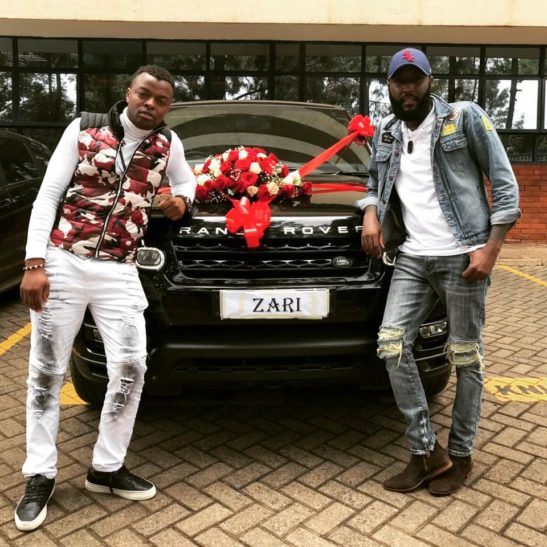 The singer has publicly declared that he is ready to mingle with Zari and indeed get into a relationship considering she is now single.

And on Friday, May 11, Ringtone caused a stir at Lion Place, the offices of Kiss 100, when he arrived with the Range Rover, bearing the name of Zari on the plates and covered with a bouquet of flowers.

Zari was on Kiss 100 for an interview and the singer was determined to find her to hand the Range Rover as he had promised.

But according to him, Zari had left the premises by the time he arrived with the British machine. 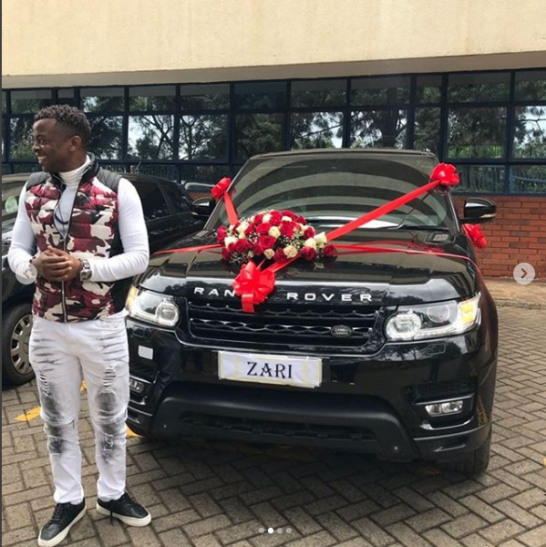 The singer is seeking Zari’s attention.

“True to my word when I heard that Zari was on Kiss 100 with Shaffie Weru I rushed to deliver her gift but unfortunately she had just left the.radio station. Sikumnunulia gari juu hawezi afford no but nilinunua kama gift ya zile birthday zote nimemiss kwa maisha yake (I bought the car for all her birthdays that I have missed). I pray that #Thisyear nitabarikiwa (blessed),” Ringtone said.

Shaffie Weru who hosted Zari confirmed that indeed the singer was at their offices to deliver the Range Rover.

“Well if you thought Ringtone was joking, then you are wrong.. he has delivered this brand new Range Rover to Zari but he couldn’t find her at Lion Place… so I assume he will drive around Nairobi looking for her,” Shaffie said. 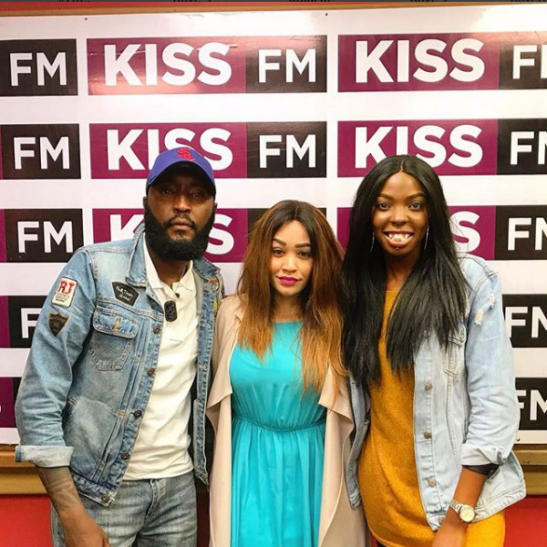 Zari was at Kiss 100 for an interview

Ringtone’s efforts come at a time Zari has openly indicated she is not ready for another relationship after she dumped Diamond over cheating allegations.

The mother of five has two children with Diamond and three others from her previous relationship with the late Ivan Ssemwanga.

Despite this, Ringtone believes after Zari’s two marriages went down the drains, he is the right guy for her.

“If God decides that she becomes my wife, why not? I am single, I am successful, I am blessed, I am tall, dark and handsome,” Ringtone said.

Zari is yet to utter a word despite Ringtone’s unending drama as he seeks to grab her attention.