The pair had previously starred alongside each other in the 2010 action packed film “A Team” that drew praise from a multitude of action film lovers worldwide. 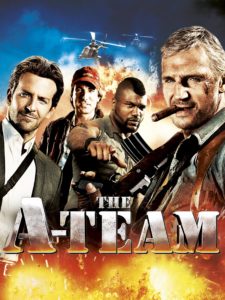 The Commuter follows the story of how an insurance salesman’s routine trip home is disrupted after being contacted by a stranger. Michael (The Insurance salesman) has to work fast to find the identity of the stranger before the train makes its last stop. While working to unravel the puzzle at hand, he realizes there is a plan in motion and is caught in the cross hairs of a criminal conspiracy with lives on the line. 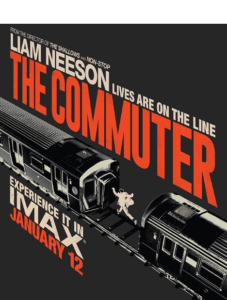 Neeson, who had announced his retirement from action film back in September, gave a light touch when asked why his stand had changed with him now starring in ‘The Commuter’ alongside Patrick. “This was a flippant remark I made in a room full of journalists, and I said something like ‘come on guys, I’m sixty-five, give me a break’. It wasn’t definitive.”

Patrick is said to have only taken his role in the film because of Neeson whom he considers an exceptional actor in his own level. “It helped that I really enjoyed the script,” Wilson explained. “And I thought the role was really fun and different, and something that I don’t get to do too often,” he added. 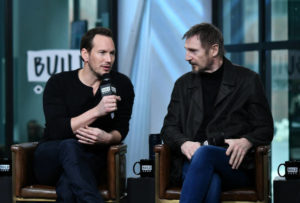 “Then there was the fact “The Commuter” was being directed by Serra, especially as his past work with Neeson has created some of the most crowd-pleasing action thrillers of recent years.” 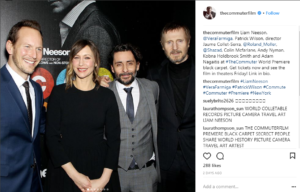 The film is set to give both action and Liam Neeson fans the ride of their lives.