The Real Househelps of Kawangware actress Aisha Noor, better known by her stage name Truphena, has lost her son Ubbaydah.

Truphena’s son was yet to turn one.

Sources say Ubbaydah had been ailing for some time before succumbing to his illness at home on Wednesday, December 7.

Truphena took to her official Facebook page Wednesday to break the sad news to her followers. 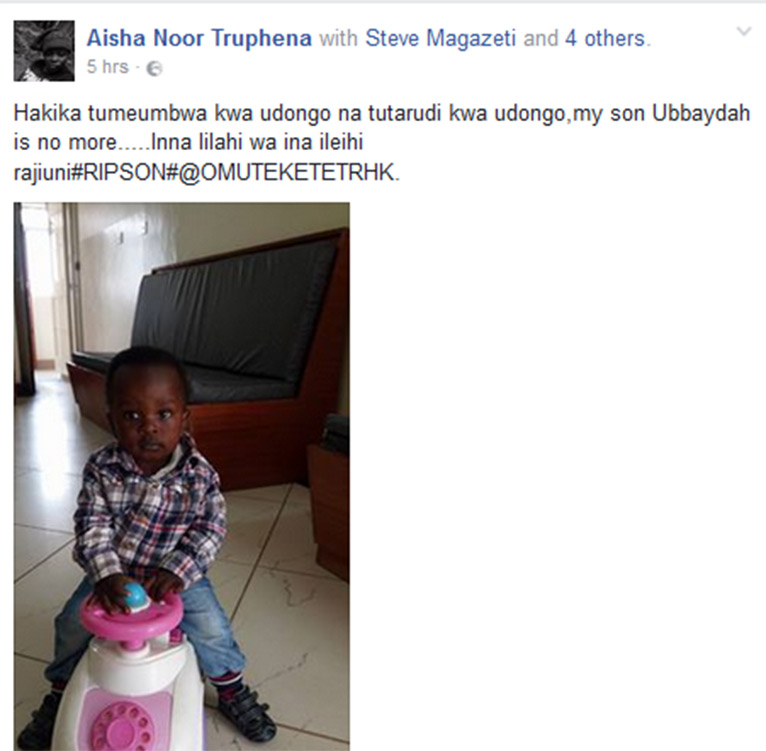 eDaily’s heartfelt condolences go out to Truphena and her family.

Truphena acts as a nanny from Western Kenya in the programme The Real Househelps of Kawangware, which airs on KTN Wednesdays.