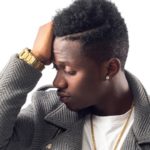 Following posts on social media, the woman, who is of an older age than Rayvanny declared her love for the kijuso singer, and even swore she would do everything within her reach to win his heart, as reported by global publishers.

Mishi Dorah posted that she was ready and willing to go to Tanzania and meet up with the man of her dreams, Rayvanny.

“I love Rayvanny, I will use every way possible to show him my love and fulfill my hearts desires, I truly love him,” she wrote.

And immediately fans bashed the woman saying she was too old and lacked the qualities of being with a star like Rayvanny.

Rayvanny admitted to knowing this woman, saying he had seen the stories about her online, and that she was only after ruining his name.

“I don’t want to talk about this woman at all, because as I can see her plan is to ruin my name. There is a time I came to Kenya and I was told about her, again back home the story is the same. I have nothing to say because if someone decides to ruin your name you can say nothing about it,” Said Rayvanny.