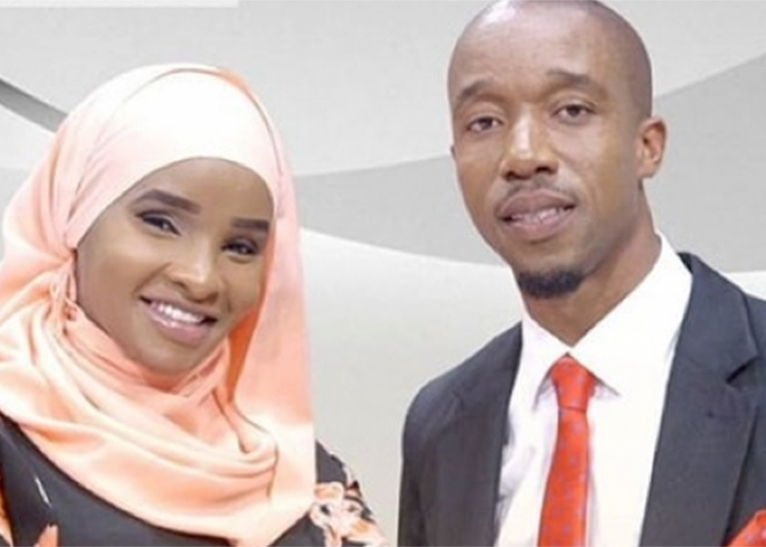 Citizen Television news anchor Rashid Abdallah caught his wife, Lulu Hassan, off-guard Saturday, when he told her: “Should God bless you with five children at once, Lulu, kindly take care of them”.

Mr Abdallah’s comment came after a story about the Kakamega mother of quintuplets ran on Nipashe Wikendi.

It is alleged that Evelyn Namukhula reportedly frowned upon breastfeeding three of her children, saying it could attract curses to herself and kinsmen.

However, nurses at Moi Teaching and Referral Hospital said it was agreed that Ms Namukhula breastfeeds only two babies as three others are placed on formula milk.

Ms Namukhula insinuated that her customs, according to Abanyala practice, do not allow her to look after all the five children, whom she gave birth to at once on Wednesday, March 13.

According to people familiar with the Abanyala culture, should Ms Namukhula’s family choose to raise all the five children, bad luck, including  deaths, financial difficulties, poor crop harvests, among others, would befall the mother-of-nine’s family.

Abanyala culture, therefore, demands that three of the five children should be killed.

Viewers protested the suggested killing of the children, terming the proposition as “ridiculous”, “backward”, “selfish” and “one that shouldn’t be allowed to flourish”.

Mr Abdallah was one of the people, who rooted for “taking care of all the five children born at once” instead of killing them.

“Should God bless you with five children, Lulu, kindly take care of them”, Mr Abdallah told his wife, who at the time was combing through her tablet in search of relevant comments sent by viewers.

The couple are parents to three children.

All the five babies are currently under physicians’ watch at the Moi Teaching and Referral Hospital in Eldoret.

The babies were born weighing between 800 grammes and 1.6Kgs.