The National Super Alliance (Nasa) leader Raila Odinga who is on tour in the U.S. hit the pitch to train Friday.

The picture of Odinga, 72, in the company of two other people, training in a football field has gone viral on social media. 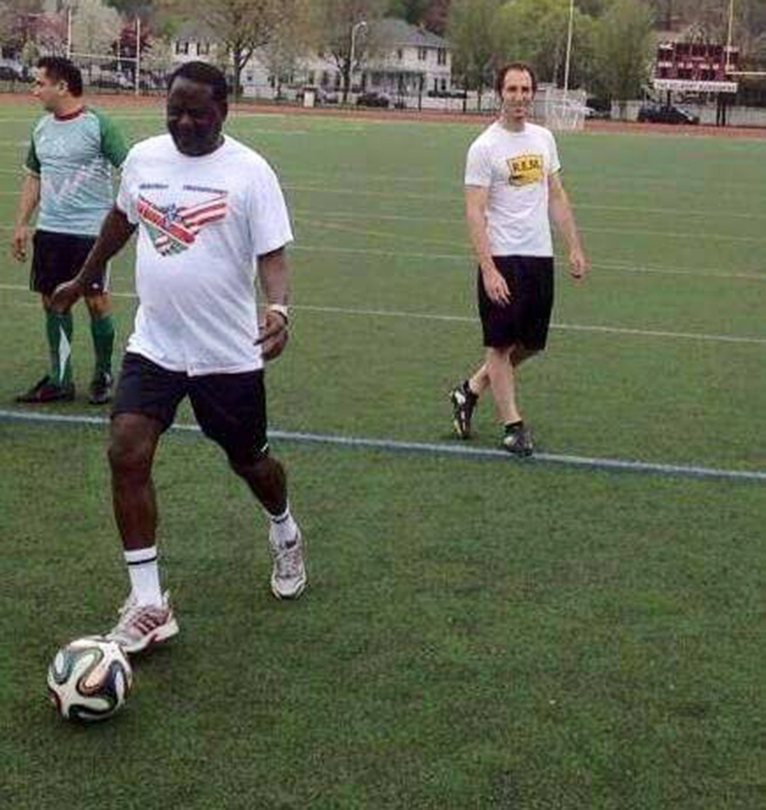 Odinga arrived in the US last Wednesday for a series of meetings with the U. S. Congress members and Kenyans living in the nation.

While speaking at the Center for Strategic and International Studies (CSIS) in Washington DC on Thursday, Odinga called out the international community – the U.S. included – for showing support for the ruling Party Jubilee, even after the political formation, he said, “forced an election on the Kenyan citizenry against their will”.

Odinga said Kenya’s democracy is facing a crisis as a result of vote rigging and the incumbent “unlawfully clinging on to power”, claims which Jubilee Party leadership term as “false”, saying the Constitution clearly spells out when elections are held in the country, who presides over them, and which criteria is used to declare winners in a vote. Jubilee leadership maintains that due process was followed in the August 8, 2017 and October 26, 2017 presidential polls, which saw President Uhuru Kenyatta declared winner.

Odinga is expected to jet back into the country at the weekend.

Raila hits the pitch in the U.S – PHOTO