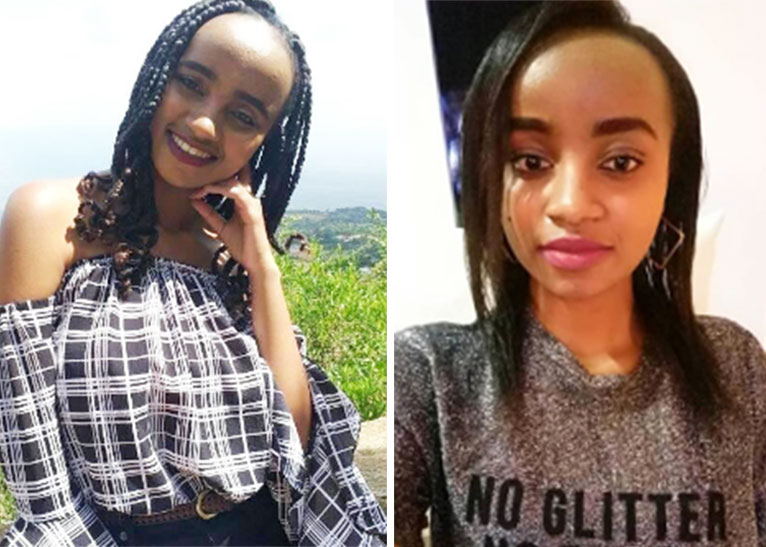 Homeboyz Radio presenter Didge has been suspended – with immediate effect – from the FM station over his insensitive remarks toward Ivy Wangechi, a Sixth Year Bachelor of Medicine student at Moi University, who was killed by her alleged lover Naftali Njahi Kinuthia on Tuesday.

Didge on his evening show, “Mtaani”, heartlessly said Ms Wangechi “deserved to die because she was not loyal”.

“She died because she wasn’t loyal. That is the honest truth, right? Yeah, ali-deadi juu hakuwa loyal, sindio?” posed Didge to much shock of listeners and online users.

“She died because she wasn’t loyal. That’s the truth.” – Didge pic.twitter.com/xg2Ne4VRD8

As if that wasn’t enough, co-host Miss Katiwa’s voice in the audio recording, that has since gone viral, is heard speculating that Ms Wangechi was killed for being “ungrateful”.

“This was a woman who was fully being taken care of [by the man], but she wasn’t grateful. Instead, she opted to cheat on him. Maybe she was fulfilling the man’s sexual needs because he was supporting her, perhaps finacially,” said Miss Katiwa in a conversation that from its onset showed signs of going down south.

Kenyans on social Twitter, consequently, took to the platform to express their disappointment at the radio host’s remarks, demanding immediate action against the presenter.

@Mwass said: “@HomeboyzRadio, how does someone hack the girlfriend to death and you guys are on air making jokes about the situation? Why is Didge making puns about being chopped up and everyone [is] breaking into laughter?”

@Jamlekjakababa said: “There are a million other things to banter about, but not on the topic of Ivy’s killing. It was a horrific incident and should be treated as such.”

@Sheafferoo said: “What kind of callous persons does Homeboyz Radio have? [Ones] who can find humour in the murder of a woman? Is everything a playing, joking and laughing matter for these people?”

Following the barrage of criticism, Homeboyz Radio announced Wednesday that it has suspended Didge with immediate effect.

“Last night (Tuesday, April 9) on Homeboyz 103.5 FM during the show Mtaani, one of our presenters made a comment regarding the recent killing of a student of Moi University,” said Homeboyz in a statement posted on their Twitter page.

“After reviewing the show recording, we have found the comments to be in extremely poor taste and apologise without reservation. We have removed the show from the schedule pending further internal investigation. The presenter in question has also been immediately suspended by the station. “While the show is on air, we will take necessary steps to ensure that such a lapse doesn’t happen again,” said the radio station.

Ivy Wangechi, a woman in her mid twenties, was brutally hacked to death by Naftali Kinuthia, who is alleged to be her ex-boyfriend.

The suspect travelled from Thika in Kiambu County to Eldoret in Uasin Gishu County, where he killed Ms Wangechi as she was heading to Moi Referral Hospital for her practical exam.

Naftali used an axe and a kitchen knife in committing the crime.

The suspect, who was cornered and beaten up by boda boda residents at the crime scene, is admitted at the MTRH in critical condition.

Investigations into the killing of Ms Wangechi have begun.