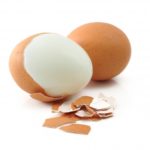 A prostitute in Zimbabwe physically attacked a customer on the head with a beer bottle after he offered to pay for sex with a boiled egg.

The prostitute, identified as Chipo, reportedly hit the man, Moses Mushonga, on the head with the beer bottle before knocking him out with a punch, says the Daily Mail.

28-year-old Mushonga was reportedly the first one to make a move on the 23-year-old sex worker in Mvurwi town, Mashonaland Province, unapologetically manhandling Chipo by touching her breast, an act that did not sit well with Chipo.

Mushonga further added salt to the injury and told Chipo that he had spent the last bit of his money buying two boiled eggs.

Since he had eaten one of the boiled eggs, Mushonga boldly offered to pay for Chipo’s services with the other egg.

Chipo, clearly insulted by the offer, went ahead and beat Mushonga up leaving him heavily bleeding from the head.

Local media reported that Chipo was not charged for her actions with the 23-year-old saying that she felt the need to teach Mushonga a lesson.

Mushonga told local media that “She could have just said no”.