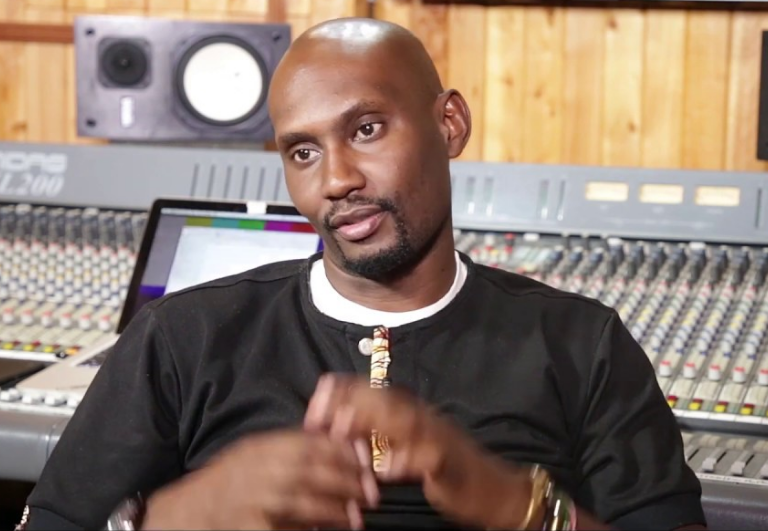 Veteran Kenyan music producer Eric Musyoka has come out to reveal that the song he worked on which made him the most money in terms of royalties is Just A Band’s ‘Ha-He’.

Musyoka, speaking during an interview with Business Daily’s Jackson Biko, cited the 10-year-old song as one of his life’s projects that evokes the most emotion in him, adding that “I have to come to accept that I might never do another song like this.”

“Culturally, it was significant, placing an unknown band [Just A Band] at that time on the map. It is an iconic song. It’s the kind of song that I’d put on my headstone; Ha-He Lies Here,” said the Decimal Records boss.

Musyoka, who studied Audio Technology at SAE Institute of Technology New York, narrated how he honed his craft and learnt about the music business while working at Homeboyz under Mike and John Rabar.

The producer – who is blessed with 5 children from his marriage – referred to himself as “kind of a dictator” as well as a “control freak and neat freak” when it comes to the home front as he likes “likes my things done in a certain way” and this does not exactly go down well with his wife.

“We homeschool our five children. She is in charge of that. I’m in charge of providing and instilling discipline in the children,” he said.

According to Musyoka, respect is the most important thing in any marriage: “Let the woman be the wife and the man be the husband. When you start mixing roles, problems start coming.”

Musyoka, who is an avid bike lover, further narrated a few accidents he has had while riding saying he once rode head-on in a truck and has also been hit at the bypass.

He has however rode his bike to Bungoma and as far as Malawi and was scheduled to ride to Zimbabwe this year before the novel coronavirus hit and brought with it restrictions.