Controversial Kenyan rapper CMB Prezzo has told off a fan on Instagram who claimed that the rapper brags about a car that is his mum’s – and not his.

Prezzo had taken to the social media platform to brag about driving a souped-up car when he was a college student.

He wrote on Instagram on Thursday, April 6: “Old money, family; my first ride in university had my lecturers looking at me in some type of way. And you wonder why I love my mum to death. God’s son.” 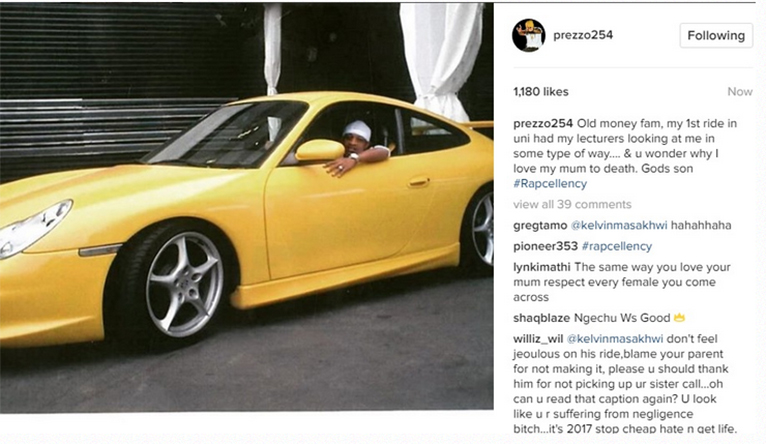 One fan namely Kelvin Masakhwi inquired on Prezzo’s timeline: “So it was your mum’s car? I don’t understand.” 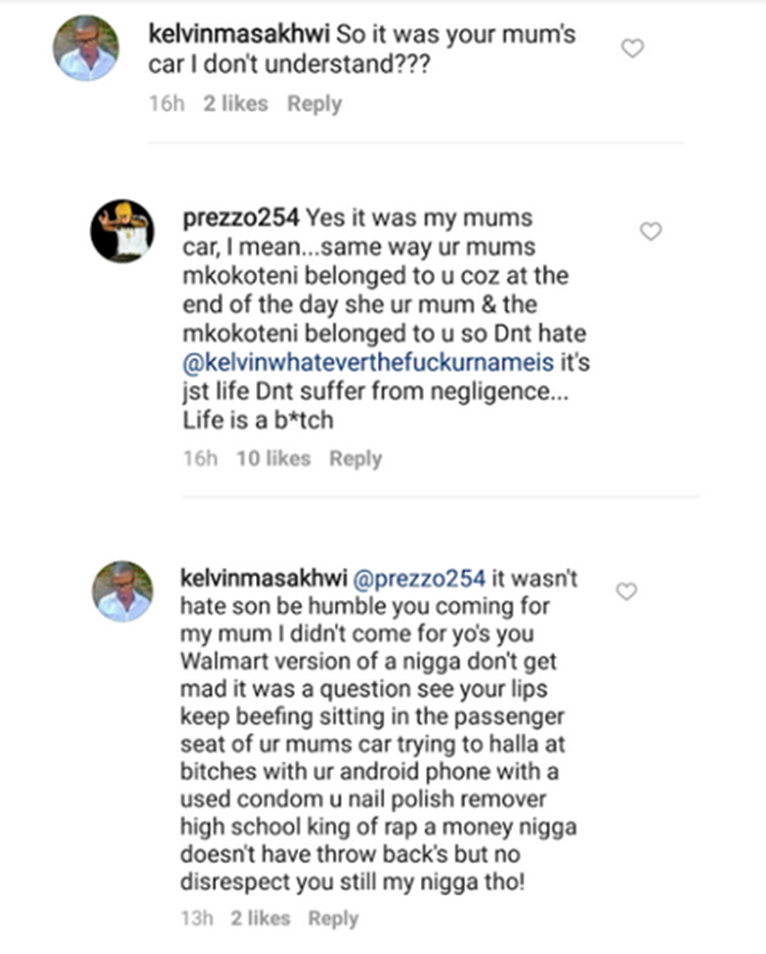