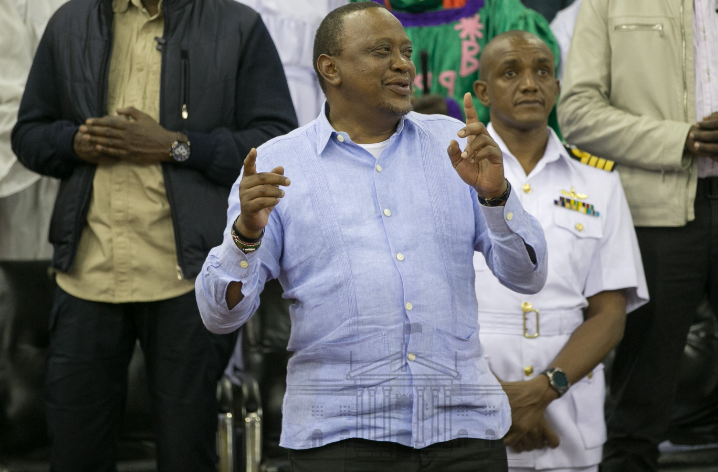 President Uhuru Kenyatta has finally come out to speak on why his personal social media accounts were deactivated.

Speaking at Kasarani Stadium during the 2019 Akorino Annual conference, President Kenyatta was addressing political detractors whom he accused of concentrating 2022 election campaigns rather than delivering for their electorates.

The Head of State, who addressed the crowd in his native Kikuyu dialect, further added that he also stopped paying attention to newspapers.

“When they see me remain silent, they should not think they are threatening me. I will flush them out from where they are,” he said.

“Just because you are making headlines, don’t think you will bother me. And that is why I stopped concentrating on newspapers or those Facebooks of theirs.”

President Kenyatta’s social media accounts were suspended on Friday March 22, 2019, over what was then believed to have been hacking.

The Twitter account’s deactivation came hot on the heels of a heavily controversial tweet in which pundits believed the president – or the administrator that wrote the tweet – indirectly attacked his deputy William Ruto.

State House Chief of Staff Nzioka Waita, however, later tweeted saying: “On account of unauthorised access to the official social media handles of H.E the President of the Republic of Kenya, Uhuru Kenyatta, all official social media handles for the President have been temporarily suspended to allow for the necessary remedial measures to be undertaken.”

“In this regard and with immediate effect the only official digital media channels that will convey information for and on behalf of the President, Her Excellency the First Lady and State House are as detailed below: Twitter: @StateHouseKenya, @UKenyatta, @FirstLadyKenya @KanzeDena; Facebook: State House Kenya, Uhuru Kenyatta, @Office of the First Lady Kenya.”