President Uhuru Kenyatta has voted for Kenyan musician Nyashinski, who was nominated in the MTV Europe Music Awards for the Best African Act. 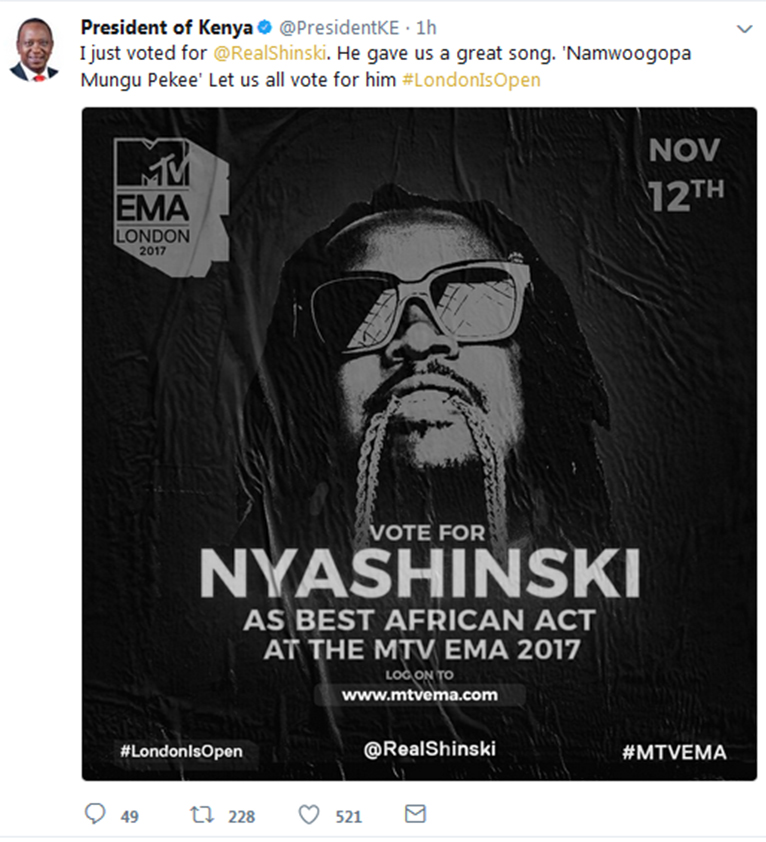 “I just voted for @RealShinski. He gave us a great song. ‘Namwoogopa Mungu Pekee’. Let us all vote for him #LondonIsOpen,” tweeted President Kenyatta on Wednesday, November 1.

Sauti Sol, previously, took to social media to urge their fans to do it for Nyashinski like they did for them in 2014.

The MTV Europe Music Awards will be held in London on November 12, 2017, marking the first time in 21 years the city has hosted the star-studded event

The prestigious award is open for public voting on the MTVEMA’s website: http://www.mtvema.com/en-africa.

President Kenyatta: I have voted for Nyashinski