X FM presenter Mike Mondo has shared details of his before fame-and-money life, which shows the humble background and struggles he went through to be a renowned radio personality that he is today.

Taking to his Facebook page Thursday, Mondo posted a photo of himself that was taken ten years ago, vividly showing a pale shadow of the polished man he is today.

A life of despair, hopelessness and begging from his brother to a woman he was supposed to provide for, was the order of the day.

Today his narration is enviable, admired and many yearn to rise fast through the ranks – at work, business and socially – so that they can live to tell the tales of their life through phases.

This picture you see is from 10 years ago, I was an unemployed nurse, living in a bedsitter which my brother Eric Wambua Nzioka used to pay rent for. I WAS BROKE. I did not know what to do with my life, or how I would get to where I want to be in life.

“I lived my life day to day, making small amounts of money from different “Kibaruas”. I thank God for people in my life like Paul Jina Kubwa Ogali, who used to run his sisters hotel. This guy has literally given me food at the hotel because i had no cash to buy food.

“I also had a girlfriend at the time called Brenda, who used to lend me money because I was so broke I couldn’t even get fare to go job hunting. Life was hard!! But one thing people did not know, is I prayed. Every day I prayed for a way out of my situation. Then God brought Kibby Logic Pro’swagg Kenneth into my life.

“The one guy that truly opened my eyes to the talent I did not know I had. He introduced me to the word of recording music and doing voice overs. And boy did he push me into it. We were struggling young men, myself, Paul and kibby…who had dreams of being big in the entertainment world.

“One day, when I figured things are not working out, I decided to change my location, packed my bags from Mombasa and moved to Nairobi, with nothing in my pocket. In fact, it was my girlfriend at the time Brenda who paid my bus ticket to Nairobi.

“I arrived at a big city, and said I would make it work here somehow. I kept praying every day, and one day God gave me a way out. I went to have a soda at a restaurant called Alfajiri along Dennis Pritt road. I had 1000Ksh on me that I had made from a “kibarua”. I had said I will spoil myself that day.

“As I drank my soda, I saw a long line of people going into a tent. I paid no mind to it. But when I was done with my soda, and was waiting for my change (which was taking forever to come), I decided to join this line out of curiosity.

“Turns out Hot 96 FM was looking for presenters. I got to the desk in the tent, and I remember it was Chris Okinda who asked me, “Pretend you are doing a show..tupacs song just ended..how would you do that link?” I took a deep breath and just spoke. Chris told me to move to the next stage, where I was told to read a news script…which I did.

“I was then told…we will contact you. Long story short, In a matter of 3 weeks, I was employed as a radio presenter at Hot 96. Thanks to Mure David who will always be my brother. He was the head of radio who saw something raw and untapped in me. Mure David gave me my first TV show called The Loop, hooked me up with MC gigs, Karaoke Gigs and helped me build my brand on ground and on air. Thank you for that.

“I worked at Hot 96 for 3 years, and after those years, my current boss came calling, and took me to Xfm Kenya where I have been till now. At X FM i met Jeff Mote who hooked me up with the auditions for Sports Central and today I am on two TV stations every Thursday.

“Today I appear on newspapers read by millions as they advertise my TV show. I have been on the cover of magazines and won two awards for best radio presenter. Today I can shelter my mother, a woman who for the longest time after my dad died had been without a place to call her own.

“Today I drive a car, have my own company, and can proudly say that i am one of the most sort after voice talents in Kenya. Today I have a daughter who I love with all my heart and friends who will move mountains for me. 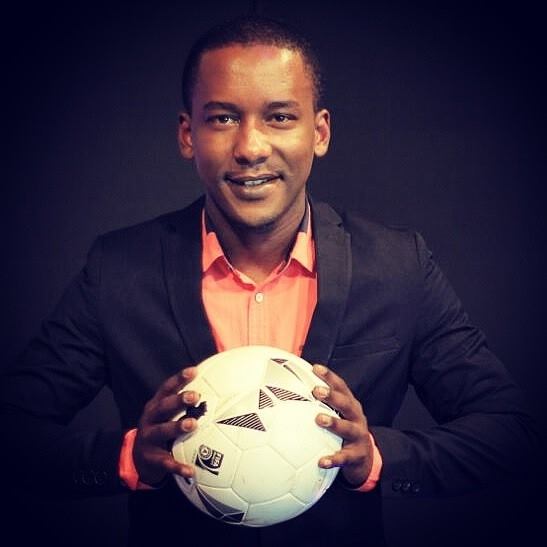 “Simply because I prayed and trusted God’s way. And God did not only bless me; my friend Paul Jina Kubwa Ogali who fed me at his sister hotel, now runs his own bar. Kibby Logic Pro’swagg Kenneth runs his own recording outfit. Mure David became a successful business man.

“Jeff Mote is one of the most talented drive hosts I know, my brother Eric Wambua Nzioka came from being a waiter, (yes, he was paying the rent from tips), to an F&B manager and now is getting into Finance (educated himself and now has a Degree in Finance).

“God is Real, He is Faithful, He is here for you. No matter how bleak things may seem for you, all He asks of you is not to despair. He sent me angels in terms of people I met who helped me when they didn’t have to. There are several others I have not mentioned…and I thank you for being there.

Pray, and trust His way. It will be long, and full of ups and downs, you will get bruised and battered, you will get tired, and severally your faith will be tested. With God, Pain has a Purpose…Struggle has a goal. Nothing is random. He says, “Come to me all you who are weary and heavy laden, and I will give you rest…”

“Keep going, keep pushing, and keep praying…and all it takes will be one right move, like sitting in a restaurant waiting for change, and he can use that moment..to change your life forever. My name is Mike Mondo. I am a Christian. And I love God.”