A wooden dais that was to be used by the National Super Alliance (Nasa) flag-bearer, Raila Odinga, in addressing rallies in Laare and Igembe North, Meru County has been destroyed.

The podium was set on fire by alleged Jubilee Party supporters on Monday evening. 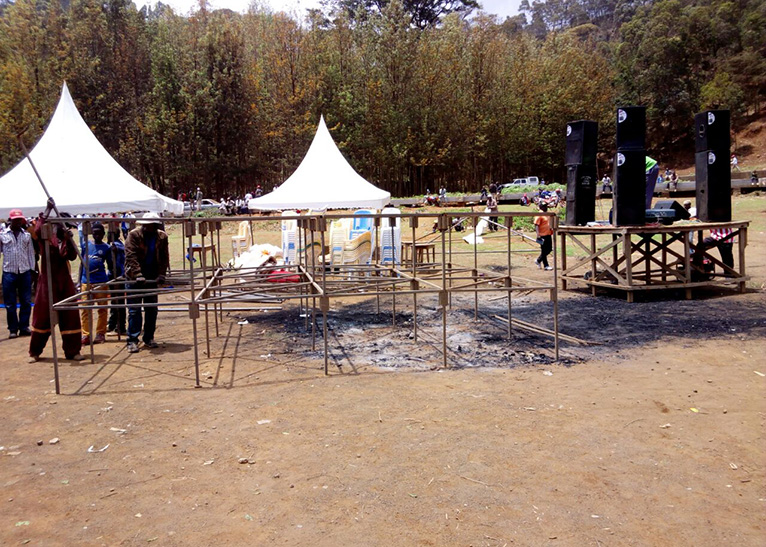 A new metallic stage has, however, been built ahead of the Nasa chief’s rally.

Supporters of the two leading political factions clashed at Laare, with stones hurled by either side toward the opposing camps.

Bonfires were lit at the rally venue in Laare, with supporters of Jubilee Party blocking an entry point that Odinga will use to access the venue.

Odinga, nonetheless, is expected to address the rally.