Innovation in business is key to ensuring the profitability and survivability of any commercial venture.

Coffin-makers in Accra and Kumasi cities in Ghana have embraced creativity to attract new markets.

The coffin shops are named after Seth Kane Kwei, who a section of Ghanaians say founded fantasy caskets in the country.

With Ghana being one of the world’s largest cocoa producers, families in rural areas, who earn an average of $3 (Ksh300) a day, collect and save their hard-earned money to bury the deceased in custom-made cocoa pods, the “BBC” reports.

The coffin designs reflect the occupation, passion or status of the deceased.

Eric Adjetey, who is one of the coffin shop managers; and has been in business for over 50 years, reveals that the chilli pepper carries a symbolic meaning that goes well beyond the life of a farmer.

According to Mr Adjetey, the red colour and spiciness represents the personality of that person.

“He was hot and temperamental, a person you don’t want to mess around with,” Mr Adjetey told the “BBC”.

Coffins in the style of a Mercedes Benz are popular, say the “BBC”. 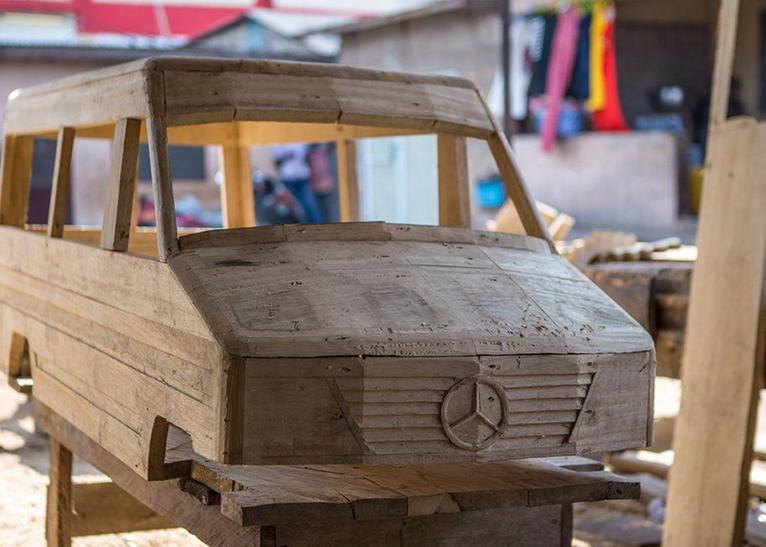 The Mercedes Benz coffin design shows that the deceased was from a high social class. [PHOTO | BBC]

“This is one of the most commonly used coffins. It represents the person’s high social status,” coffin maker Steve Ansah said.

Though they are called “art fantasy coffins” by non-citizens, most Ghanaians know the caskets as “Abeduu Adekai”, which means “proverb boxes” due to the symbolic meaning behind each design.

Aeroplanes are also among the popular designs. This one is for a child. It symbolizes his successful journey to the afterlife. 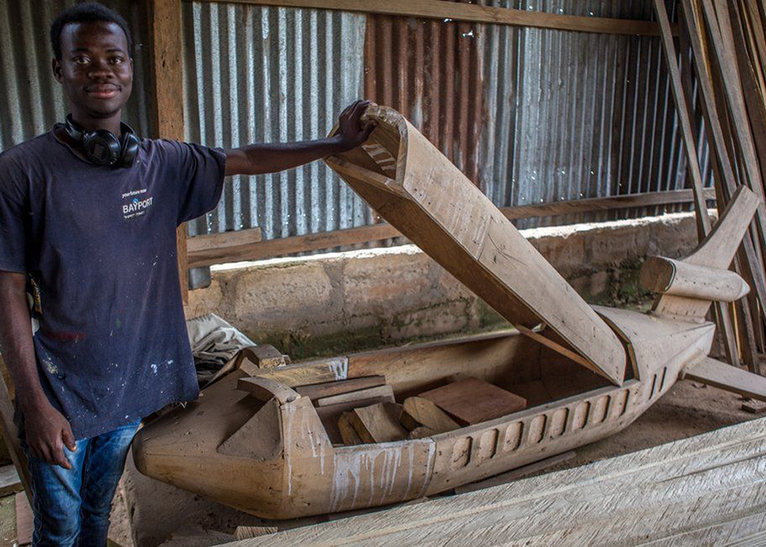 Only children are buried in aeroplane-shaped coffins. [PHOTO | BBC]

Sometimes community members chip in to help with the costs of making a coffin.

A coffin designed to resemble a house is for a landlord, who was widely appreciated by his community for building and renting out his homes. 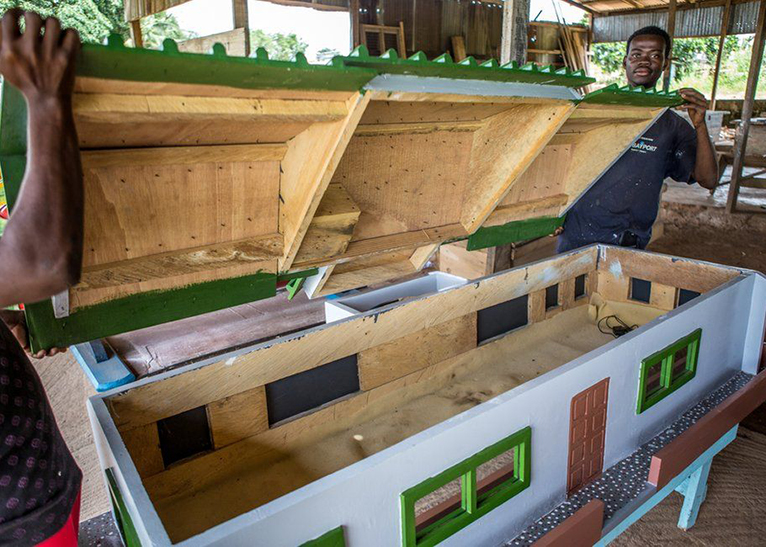 A coffin designed to resemble a house is for a landlord. [PHOTO | BBC]

“Generally, it’s the responsibility of loved ones and family members to buy the coffin for the deceased. But they also have to pay for the ceremony, including buying food and drink, and clothing for the deceased.”

“The ceremony happens from Thursday to Monday. On Thursday the family gets the coffin; on Friday the body is brought from the mortuary; on Saturday the funeral takes places, while on Sunday people go to church. On Monday family members count the money that was invested and donated,” Mr Adjetey says.

In recent years, other carpenters have started making custom-made coffins to meet the booming local demand.

Customers in more than 20 countries have bought these coffins over the last decades.

Local carpenters often use simple handmade tools to sand the wood and carve the wood into a coffin shape.