Police in Mombasa are looking for a man, who caused huge damage after his anger resulted in the razing down of 12 houses and the loss of property worth millions of shillings.

The man, in his late forties, said to be a sugar daddy of a woman living in Magongo, Changamwe, set on fire his lover’s house, when he arrived unannounced Tuesday night.

The sugar daddy’s anger was triggered by the harsh discovery that the woman, in her late twenties, – whom he was bankrolling – was secretly having an affair with another man.

On the night of mass destruction, he arrived at her lover’s home and found her getting intimate with another young-looking man, provoking rage in him.

Neighbours say the fire that the sugar daddy lit at his lover’s house spread to other units in the neighbourhood, causing wanton destruction.

The woman’s neighbour, identified as Hamisi Kaju, says the fire began from a burnt mattress, ravaging the entire house before extending to other units on the plot.

“The woman’s sugar daddy was heartbroken, when he arrived at his lover’s house and busted her getting cozy with another man. He got angry and set a mattress on fire. The inferno got bigger, bringing down the house and 11 other units on the same plot,” said Mr Kaju.

“The ‘sponsor’ wanted to lock the house from the outside and burn the two lovers. His plan failed, as the lovers overpowered him, when they pushed their way out,” adds Mr Kaju.

“The spurned sugar daddy, thereafter, sent his lover a message, saying: ‘Come back as fast as possible. If you don’t, I will set your house on fire’. The woman did not return, triggering the ‘sponsor’ to make real his threat,” he said.

Merisha Anyango, the woman’s neighbour, says her business premise and merchandise were completely destroyed in the fire.

“The fire resulted from love gone sour, and a thirst to date more than one man simultaneously. I am urging young women to put their lives in order to avert such losses. One of the burnt units was a shop that I was depending on for livelihood,” said Ms Anyango.

Another neighbour said: “I have lost property worth around Ksh2.5 million. The incident has really decelerated my life.”

“Women should put their lives together. ‘Double-dealing’ men is very costly. Now look at this case: this man [sponsor] set a mattress worth Ksh3, 000 on fire, and, as a result of that, other people lost property worth millions [of shillings],” said another neighbour, a young man.

“Single women should lead a respected life,” said yet another neighbour.

The woman, accused of dating the two men at the same time, has recorded a statement at the Changamwe Police Station, even as the ‘sponsor’ remains at large.

No injuries were recorded in the fire incident. 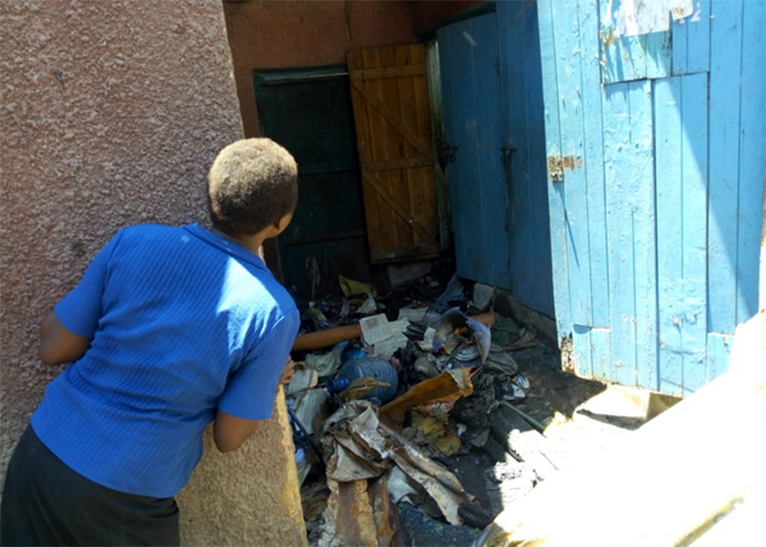 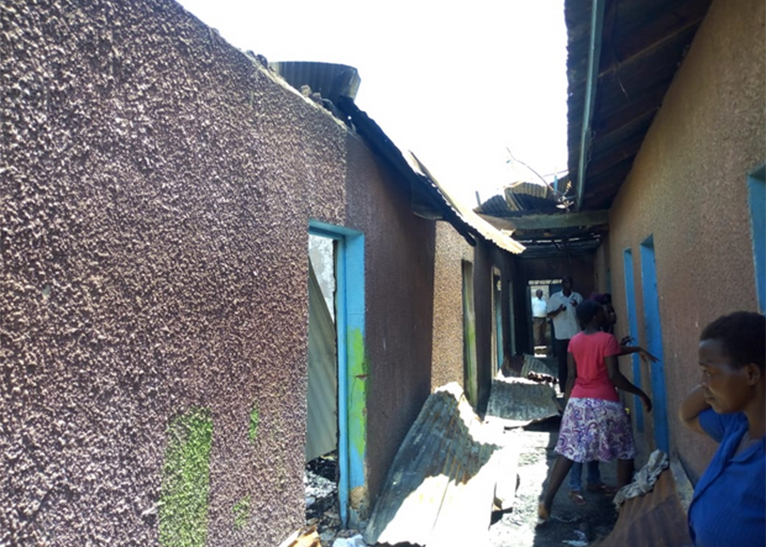 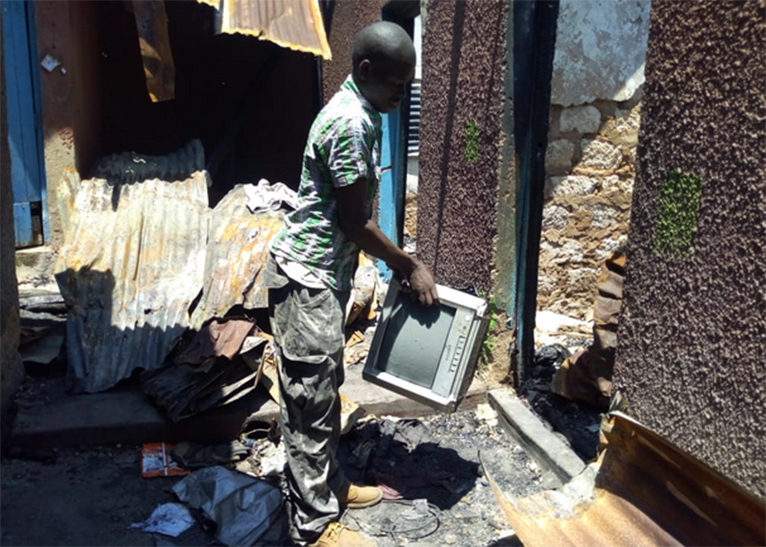 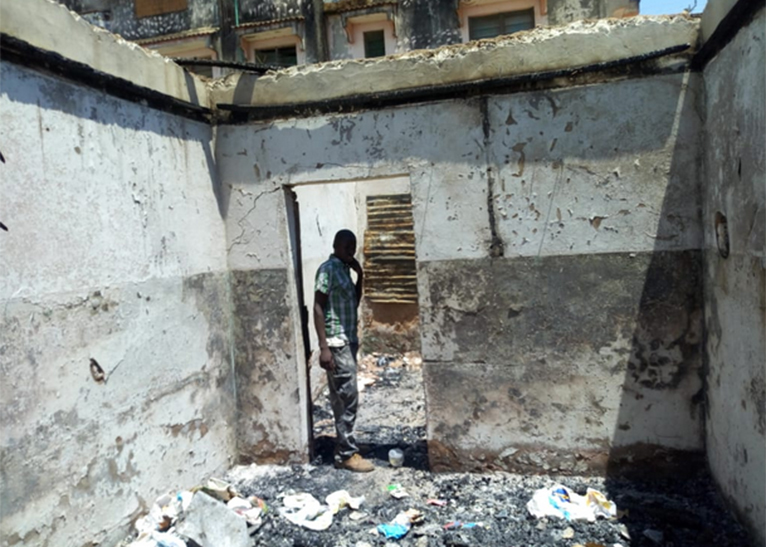 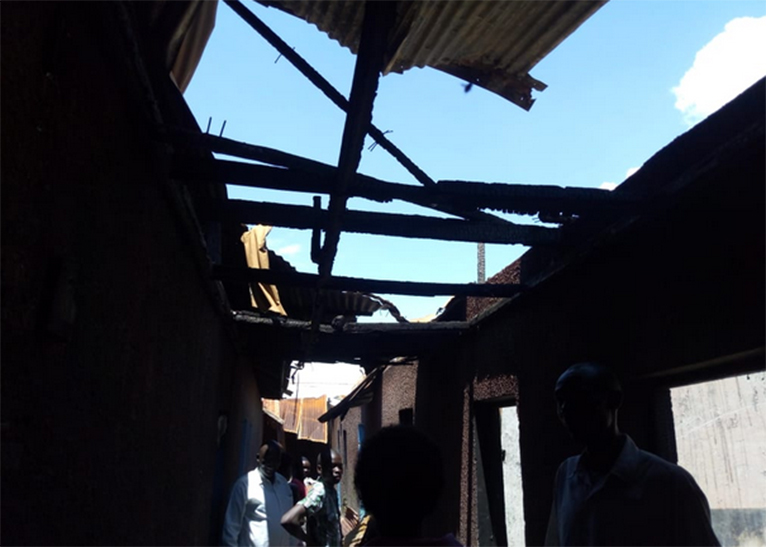 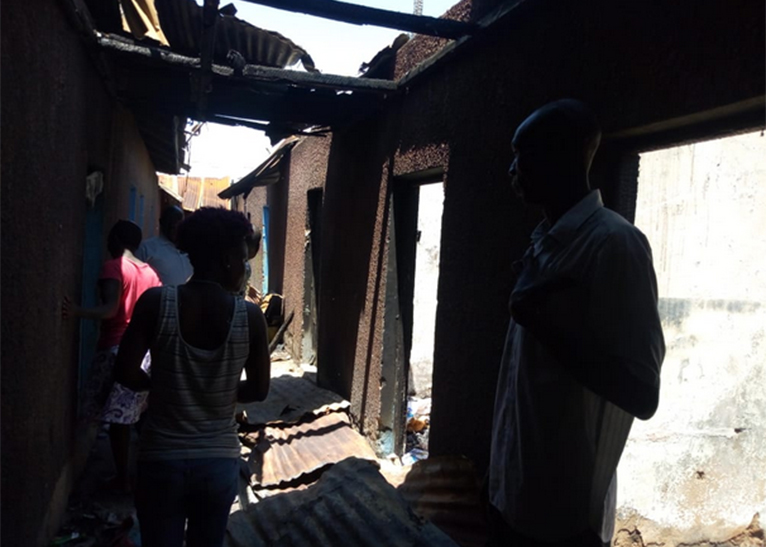