A family in Gatundu South Constituency on Thursday, October 26 carried with them a piece of cake to a polling station, hoping President Uhuru Kenyatta, who celebrates his birthday today, will take it.

The family, a man, his wife and son, carried the cake in a carton box and wrapped it in an eco-friendly bag. Pictures of the man carrying the cake have since gone viral on social media.

An interesting highlight of the spectacle was words written on the child’s shirt. “Happy birthday Uhuru, mum and I love you,” read the writings.

President Kenyatta, who cast his vote at the Mutomo Primary School polling station Thursday morning, was asked by a journalist what his comment regarding the Gatundu South family’s gesture was.

“I tell them thank you,” said the Head of State, without revealing whether he will take it or not.

Addressing journalists after casting his vote, the Head of State urged Kenyans to embrace peace, shun ethnicity and live in harmony.

“I believe that we are tired as a country of electioneering. It is time we move forward. Let us cast our votes, elect our leaders and move on,” he said.

President Kenyatta was flanked by his wife, First Lady Margaret Kenyatta, and some family members.

The president voted at 10.50am at the packed polling station, where residents were eagerly waiting for him. 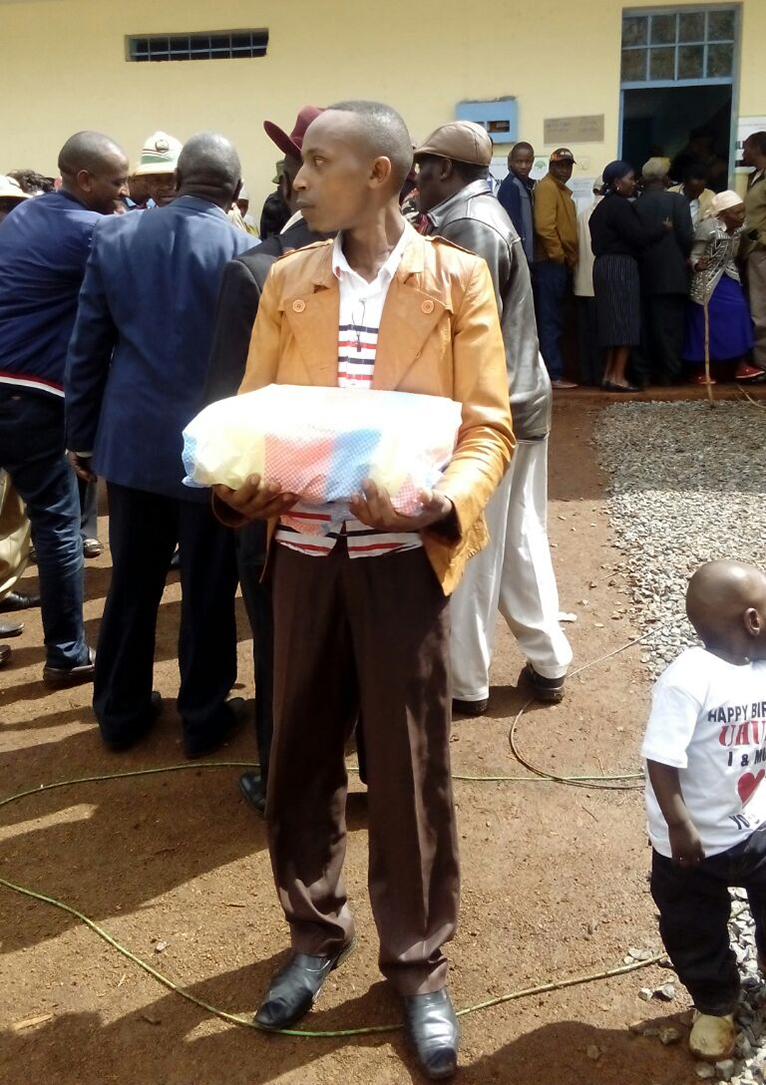 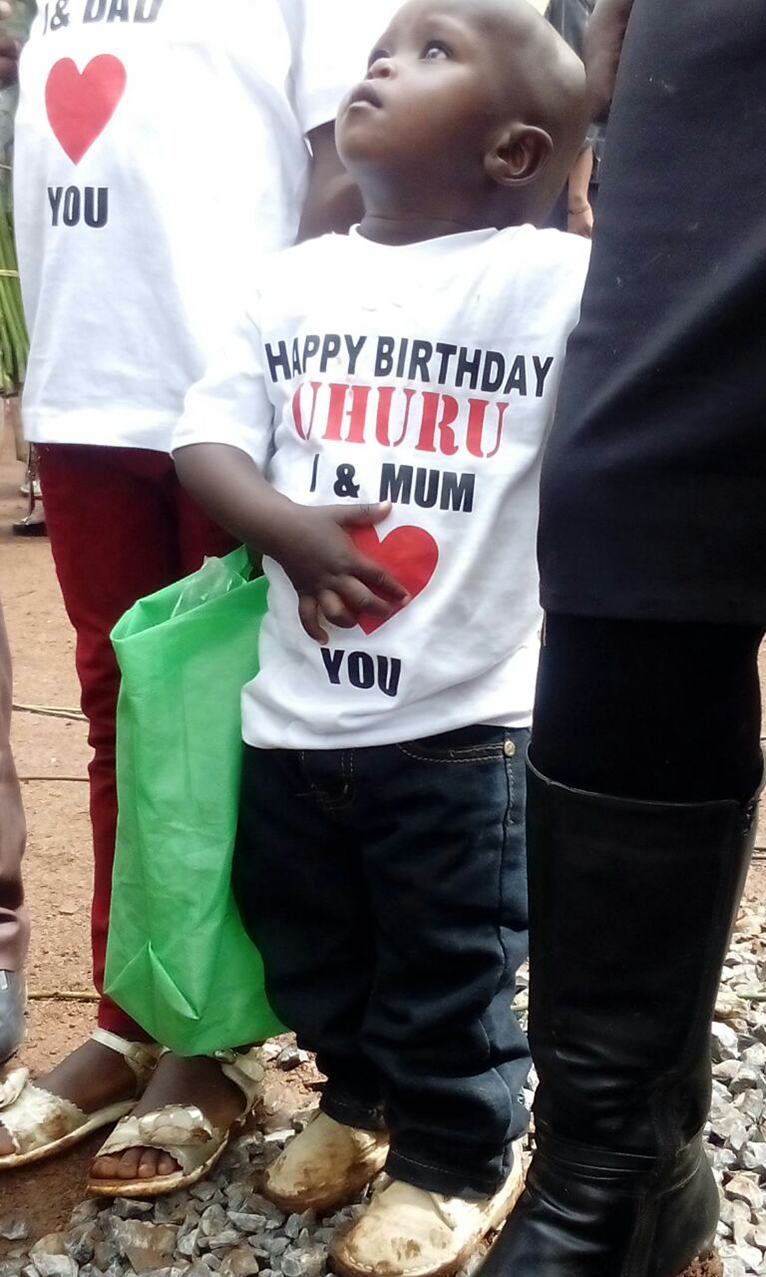 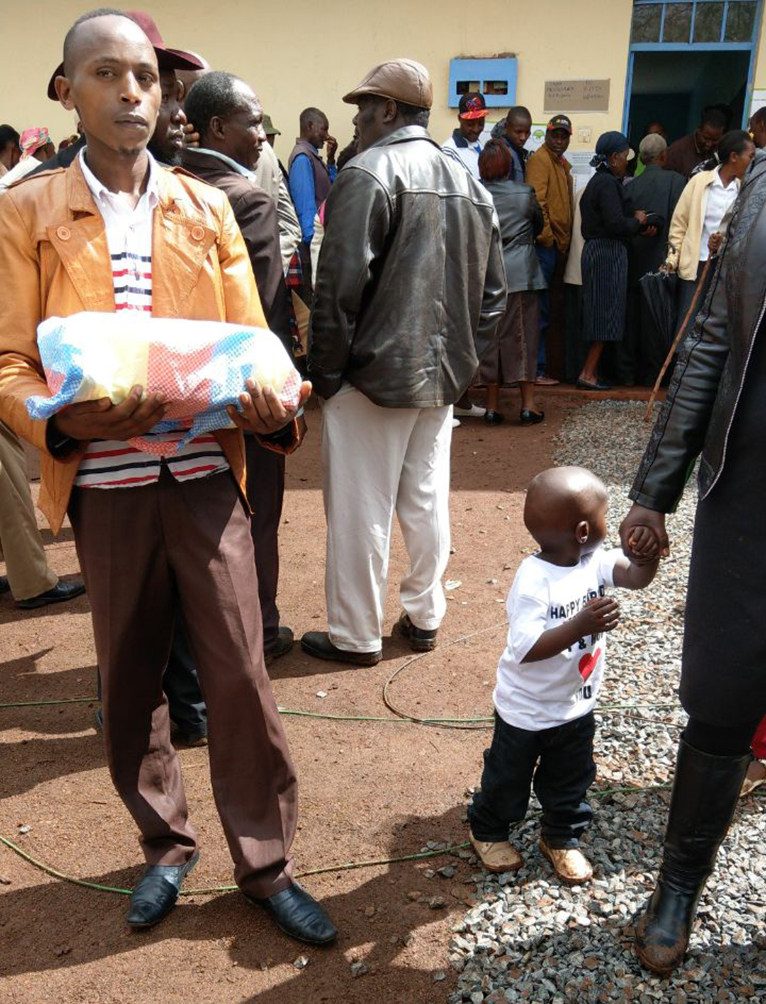 Pictures of family’s birthday gift to Uhuru on Election Day triggers response from the President: PHOTOS