In the picture from their ‘On The Run II’ tour book, Beyonce, 36, can be seen wearing nothing but a skimpy underwear as she lies next to her 48-year-old husband.

The mum-of-three can be seeing lying on her front as she shows off her backside.

She flicks through a newspaper with her chin in one hand.

Meanwhile Jay-Z, who she married in 2008, lies beneath the duvet on his back while smoking a cigarette. 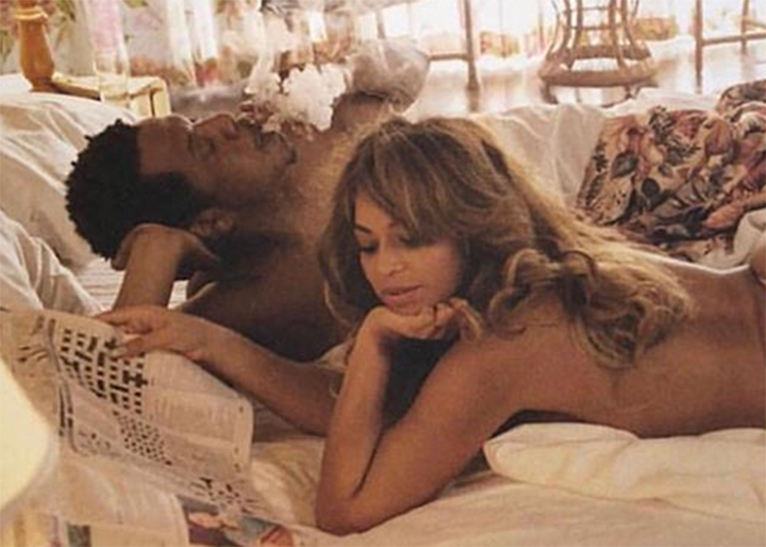 As soon as it was spotted by fans in the tour book, the picture began circulating on social media.

The raunchy snap comes as it was revealed earlier this week that the famous couple had renewed their wedding vows.