Photos of Ugandan President Yoweri Museveni seated on the roadside while phoning a recipient threw social media into a tizzy.

The photos that surfaced online Tuesday morning show Museveni seated on a patio chair a few meters from his convoy.

Museveni reportedly took the picture when he was en route to State House Kampala after attending the World Population Day celebrations in Isingiro District, western Uganda.

The pictures were shared by Ugandan government spokesman Ofwono Opondo. However, information about the recipient of Museveni’s now famous phone call remains scanty.

Expectedly, the president’s rare spectacle captured the attention of pedestrians and motorists, whom he gestured with a thumb-up while on phone.

After the 30-minute call, Museveni went ahead to give a gen to the locals who stood on the roadside, completely awestruck.

Social media across the world has exploded with prominent personalities and corporate taking part in the now viral “Museveni Challenge”.

Ruth Odinga who is also the deputy governor of Kisumu took the challenge in front of amused boda-boda bike riders on Wednesday, July 13. 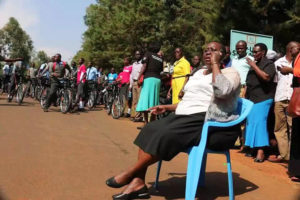 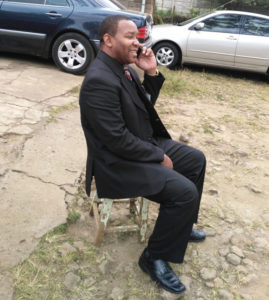 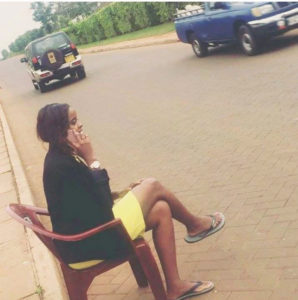 Will you join the #MuseveniChallenge? Post your picture and tag @eDailyKenya