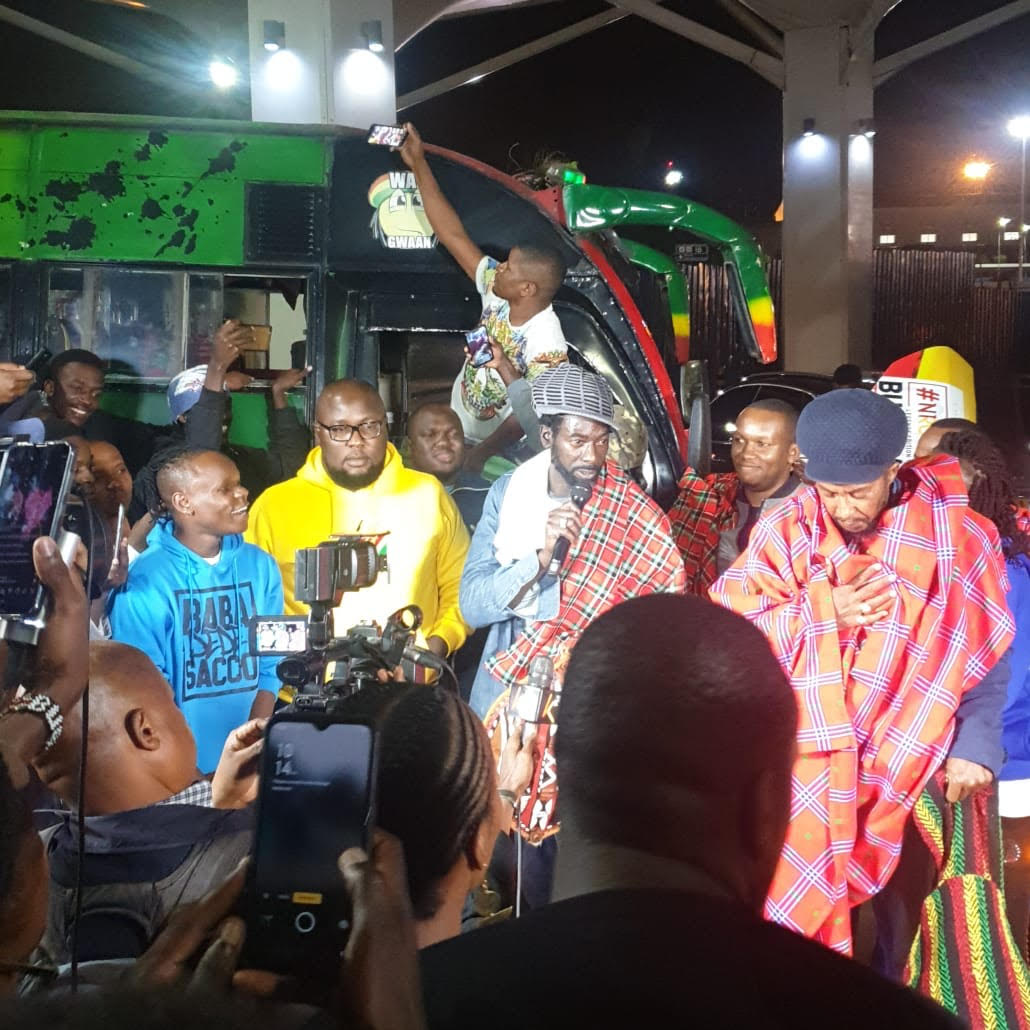 Buju Banton, one of the most significant and well-regarded reggae artists yesterday landed in Kenya for a first-time performance in Africa which will take place at KICC on Saturday 15th February.
Buju arrived last night and was received in full Kenyan pomp by a large crowd of his enthusiasts excited to welcome the legend for his maiden visit to the continent.
The widely respected and talented reggae artist is set to perform at the #NRGWave Legends Edition with gates opening at 6.00 pm and the show starting at 8.00 pm. It will be cool runnings with Legends such as Kriss Darlin, DJ MOH, Teargas the Entertainer, Silver Star on the decks and many more.
#NRGWave is the new frontier in entertainment served to you by NRG.Radio, The hottest new Radio, Digital and Social experience.
We bring the hottest entertainment and the coolest music fans together in a fusion of music, culture, passion and pure NRG. This will be #NRGWave’s 5th concert edition and 3rd one hottest in Nairobi.
#NRGWave has been a key component of youth culture in Kenya giving the Kenyan youth demographic a global standard entertainment experience that is a first of its kind in the country. #NRGWave has fully understood its target audience, leading in bringing relevant and big-time artists’ such as Rick Ross, Kenny Latimore, Diamond Platnumz, Burna boy just to name a few… and now BUJU BANTON!
Speaking about the event, Beverlyne Wangari, NRG Radio’s Head of Strategy, Digital & Events noted that this will be the first event of the decade in Kenya with such a globally celebrated legend. It has taken months of preparation, and we have invested heavily on the best security, central venue and state-of-the-art set-up to ensure all revellers have a great and memorable experience.
Buju Banton’s fans will rock to his greatest hits including ‘Champion’, ‘Hills and Valleys’, ‘Destiny’ as well as his new songs such as His first song since his release from prison “country for sale” and many more all courtesy of #NRGWave. The event will be produced by NRG Radio is proudly sponsored by Tusker, Coca-Cola and Mosound Events.