Passengers travelling on a Tahmeed company Bus on Wednesday escaped unharmed after the bus they were in caught fire.

The bus travelling from Mombasa to Dar-es-Salaam caught fire near Korogwe in Tanzania about 200 KM fro Dar-es Salaam.

According to witnesses, one tyre started burning and the fire eventually spread to other parts of the bus.

The cause of the incident is yet to be established.

The passengers were later picked up by another bus and taken to Dar-es Salaam. 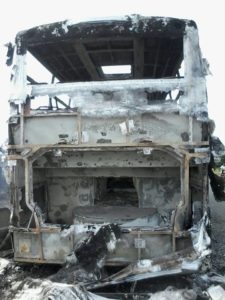 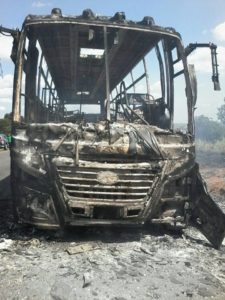 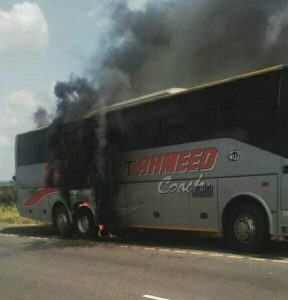 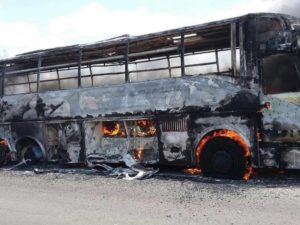