Papa Shirandula actress Daisy Odeko, popularly known as Naliaka, tied the knot with the love of her life, Justus O. Netia in a private wedding held in Nairobi.

Naliaka and Netia have been dating for a while – and even though she kept her relationship away from the public, her husband often splashed on his social media pages photos of his flame.

Naliaka on Papa Shirandula plays the role of a daughter to Shirandula – a watchman who lives a lie by making people believe he is an IT expert. 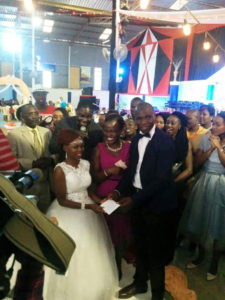 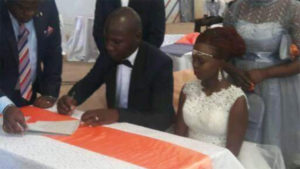 And the newest couple in town, Mr and Mrs Netia, appended signatures on the document that legalizes their union PHOTO/COURTESY