By Koome Kimencu in Meru County for eDaily.

A middle-aged man from Igembe Central Sub-County shocked many on Thursday when he clung on to the chopper carrying Opposition leader Raila Odinga – and flew into distance.

Odinga had toured Meru County to mobilise residents to register as voters ahead of August 8 general election.

Julius Mwithalii Kiyuki, 28, from Thuuru Village in Igembe Central Sub-County, was arrested Friday morning and is being held at the CID post in Igembe South.

Mwithalii says he clung on to the chopper of Raila Odinga because he wanted the Opposition leader to employ him as a farmhand.

“I am a die-hard supporter of Raila Odinga and I did not want him to leave me behind. Actually, I wanted a job from him, given the life challenges – including financial bottlenecks –, I am currently facing. The problems are unbearable. I find it hard to provide for my family. Initially, I wanted to be Raila’s chief campaigner in Meru region, but now I am open to any job, including being his farmhand. Had the pilot not dropped me at Athimba Primary School, I would have reached Raila’s destination,” he told eDaily’s Koome Kimencu.

Mwithalii also made a disturbing claim – that his father chopped off the hands and legs of all his five siblings – hence, by extension, he has to provide for his entire family who are disabled.

“I am the first born in a family of six. My father chopped off my brothers’ and sisters’ hands using a machete in a bid to punish them for their then-wrong actions. I am the only one who escaped unharmed. So, the burden of providing for them solely falls on my shoulders because they cannot do any physical work,” added Mwithalii.

eDaily could not independently verify Mwithalii’s claims – that his father severed the hands of his five siblings.

She says authorities will prosecute the suspect once the probe is over. Ms Nyakeruma has, however, established that Mwithalii is of sound mind.

Ms Nyakeruma has warned Kenyans against endangering their lives by hanging on choppers, given it is election year and politicians will use helicopters to traverse the country and regions in a vote hunting mission.

The Igembe South police boss has urged pilots carrying politicians to avoid landing on crowded grounds so as to avoid occurrence of incidents similar to one witnessed at Maili Tatu grounds.

After Odinga’s public address at Maili Tatu Grounds, he hopped into his chopper and took off, unknowing of a man, now identified as the 28-year-old Julius Mwithalii Kiyuki, who had grabbed and sat on the landing skids.

Mwithalii clung on to the chopper for a considerable distance – and when the pilot became aware of what was happening beneath; he lowered the aircraft at Athimba Primary School Grounds and Mwithalii leaped off.

Interestingly, Mwithalii was waving to the people on ground when the copter took off.

He was rushed to a Meru hospital for treatment after suffering minor injuries on the back.

The incident made locals accuse the police of security laxity, saying the suspect could have been stopped by the police had the area been safeguarded.

The Maili Tatu rally was Raila’s last for the day of his Upper Eastern tour in his quest to urge Kenyans to register as voters.

The Opposition leader, in his speech, insisted on the claims he had made earlier that the country’s National Intelligence Service (NIS) is planning to facilitate Jubilee administration rig the August 8 general polls.

Raila had alleged that NIS is registering foreigners to vote for Jubilee on August 8.

Raila’s claims were recently rubbished by President Uhuru Kenyatta, who termed them as outrageous.

“You should register en masse so we can defeat the opposition. They have sensed defeat and are now making outrageous claims,” said Kenyatta who spoke in Kutus Town on Wednesday.

Raila has said the Opposition is in talks to unite with KANU, PNU, ODM, Wiper, Ford Kenya and other parties, ahead of the August election. 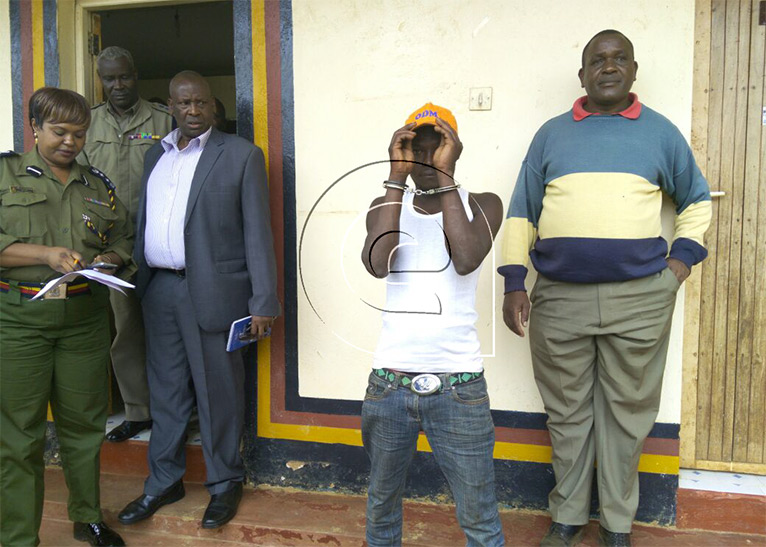 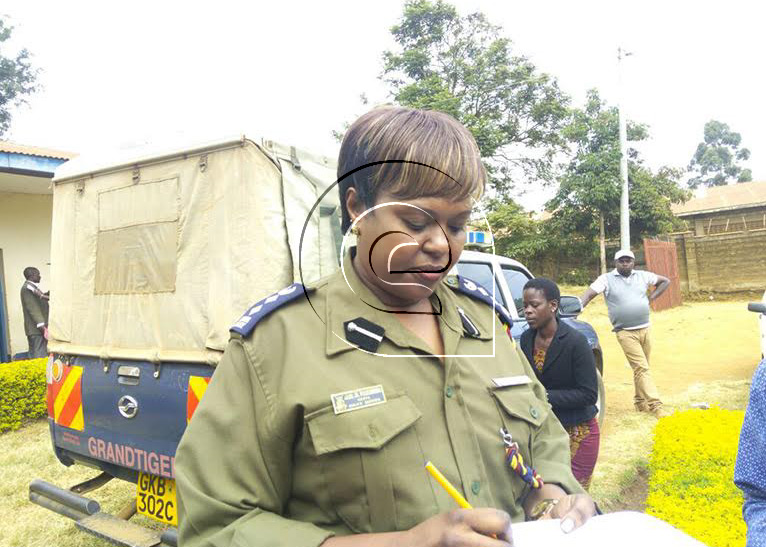 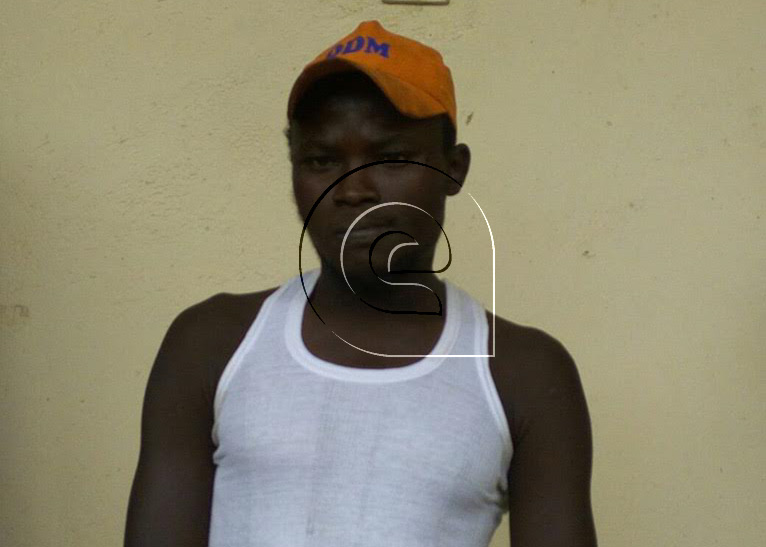 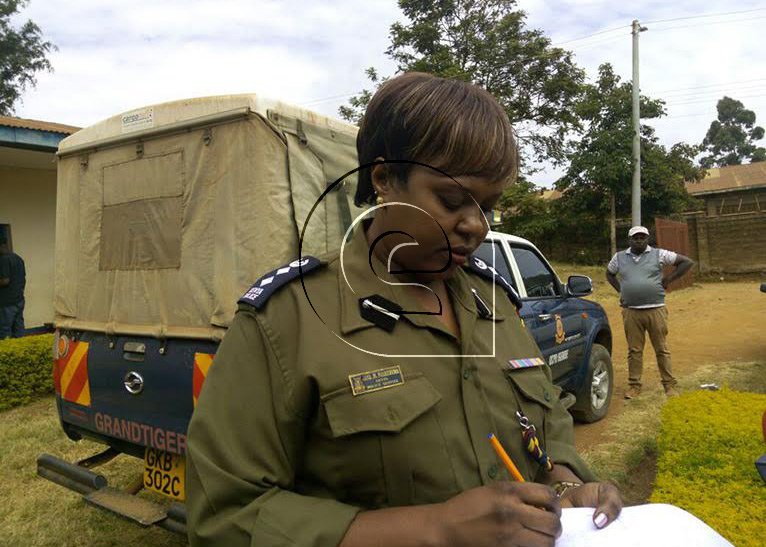 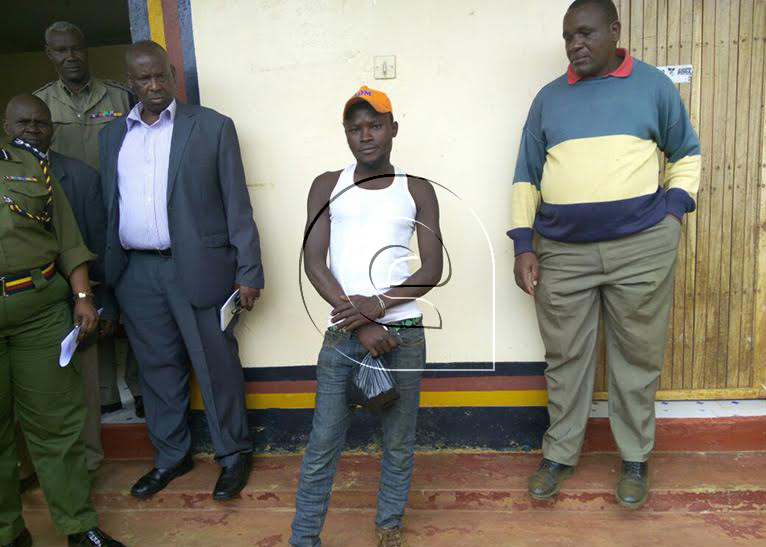 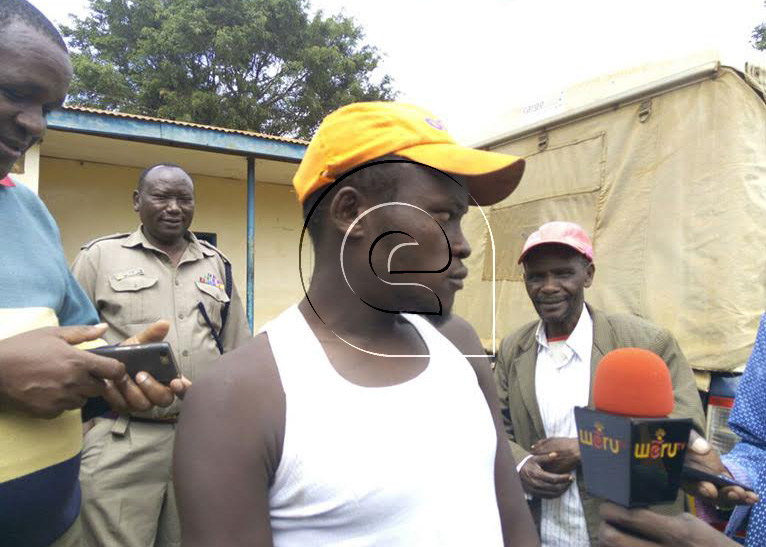 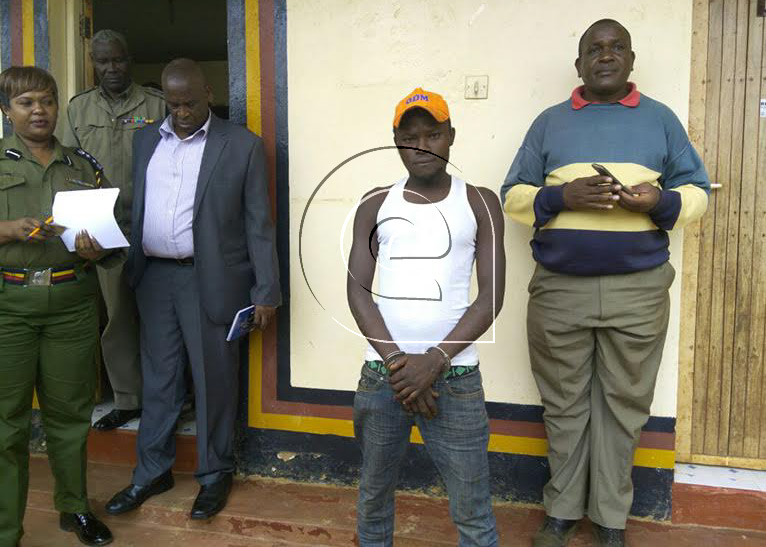 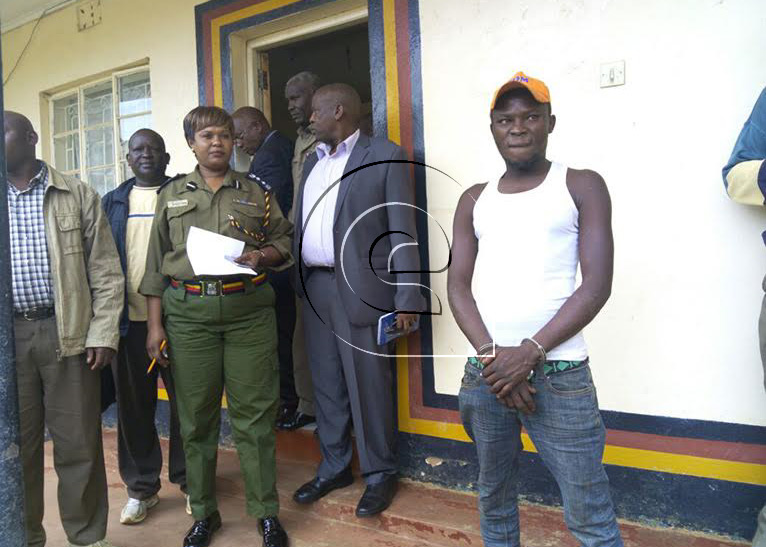 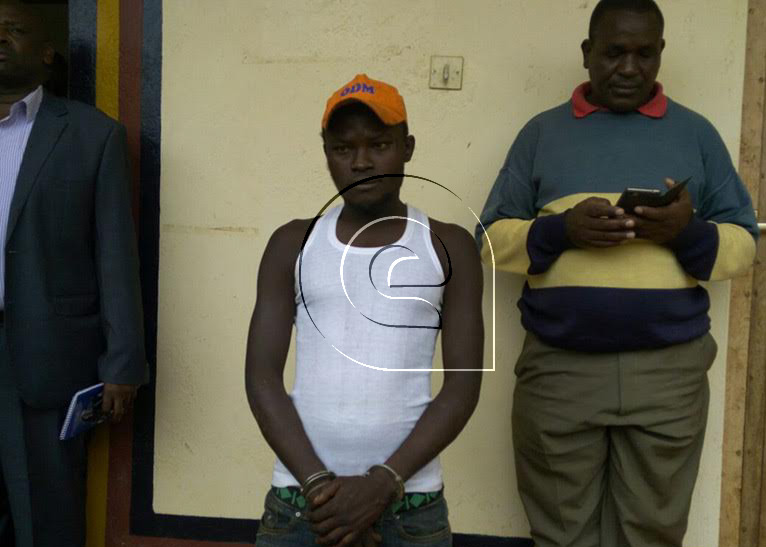 PHOTOS of man who clung on Raila chopper