Mombasa governor Ali Joho was on Wednesday morning (May 31) allegedly barred from accessing Miritini Station, where President Uhuru Kenyatta presided over the launch of the Standard Gauge Railway (SGR).

According to Mombasa County Director of Communications, Richard Chacha, security agents allegedly told Joho that “orders from above stated he should not be allowed to attend the event”.

“It is true the governor has been blocked from accessing Miritini Station. The security officers at the station said orders from above demanded the governor be barred from gaining entry into the station, where President Uhuru Kenyatta was presiding over the launch of SGR. Following the information, the governor left the station for his office,” Richard Chacha told Citizen Digital on phone.

Government spokesperson Eric Kiraithe had on Tuesday said Governor Joho was free to attend the launch of the Standard Gauge Railway (SGR) on Wednesday, May 31, but “Joho should not demand, through media, to be incorporated in the President’s programme”.

Speaking at the Travelers Beach Hotel during a media briefing on Tuesday, May 30, Kiraithe said “President Uhuru Kenyatta will be expecting the governor’s presence”.

“I hope Joho has the capacity to understand how these events are organised, including in his own office. Office of the President is owned by Kenyans (thus Joho is free to attend the launch as a Kenyan). Office of the President, nonetheless, is usually managed according to some known national and international norms and the case of Joho cannot be an exception,” said Kiraithe.

“All mischief notwithstanding, the government would want every Kenyan to feel part of this victory because it is a victory for all Kenyans; that we have achieved it under the leadership of President Uhuru Kenyatta,” added Kiraithe.

The government spokesperson stated that the Mombasa County chief should be at the forefront in celebrating the major milestone in the improvement of infrastructure, given Joho’s constituents will benefit from employment opportunities created by the SGR, and that tourism, too, will experience a major boost.

Governor Joho had on Sunday, May 28, said he will attend the SGR launch as the host governor. Joho was speaking in Siaya town, where he had accompanied Siaya Senator James Orengo to present his papers to the Independent Electoral and Boundaries Commission (IEBC).

Joho took a swipe at the government over what he termed an additional cost of Ksh100 billion for the railway.

“I would like an opportunity to speak from the podium and ask where the money they stole went to. I want to tell them they must give all the profits back to Kenyans,” said Joho.

During the cargo train launch, Uhuru asked Joho to concentrate on justifying to residents why he should be re-elected, instead of griping about the national government’s “successful” projects.

“The Governor has been criticising our projects here at the Coast including this SGR project. He should focus on completing at least one of his own like building dykes or cleaning the city before he starts looking elsewhere,” the President said on Tuesday.

Uhuru and Joho stand-off has played in public domain, with the most recent taking place in early March, when Joho was barred from attending a ferry launch in Mtongwe that was presided over by President Kenyatta. 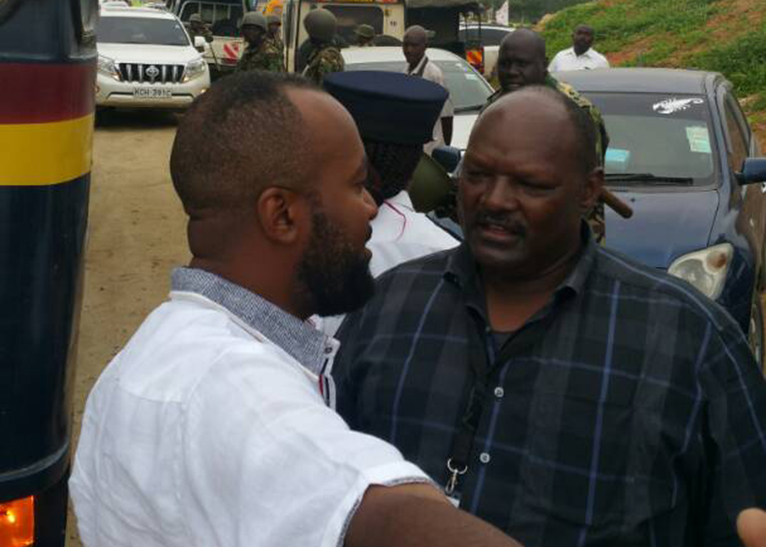 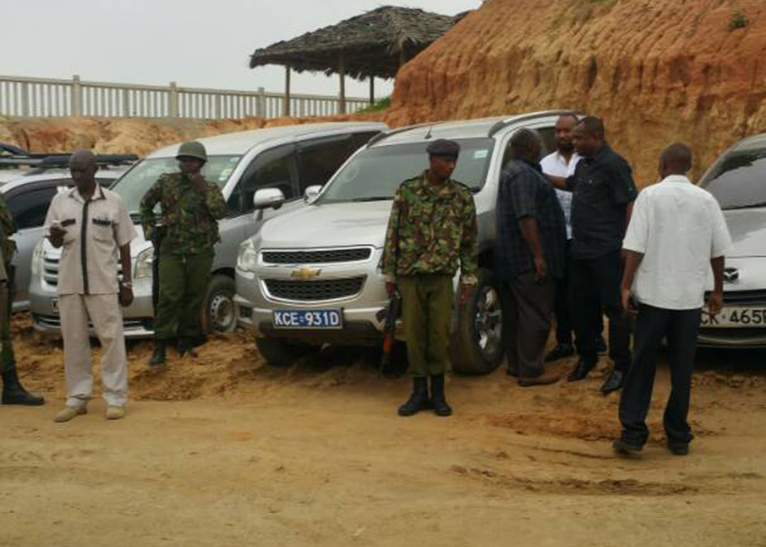 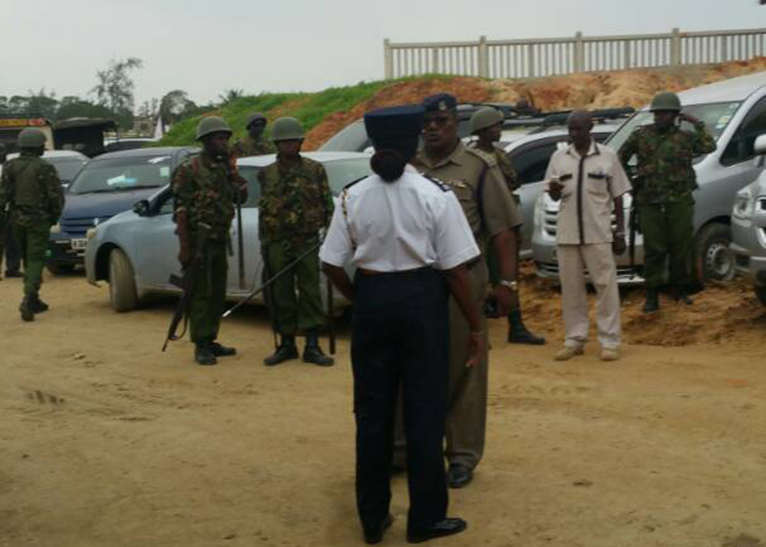 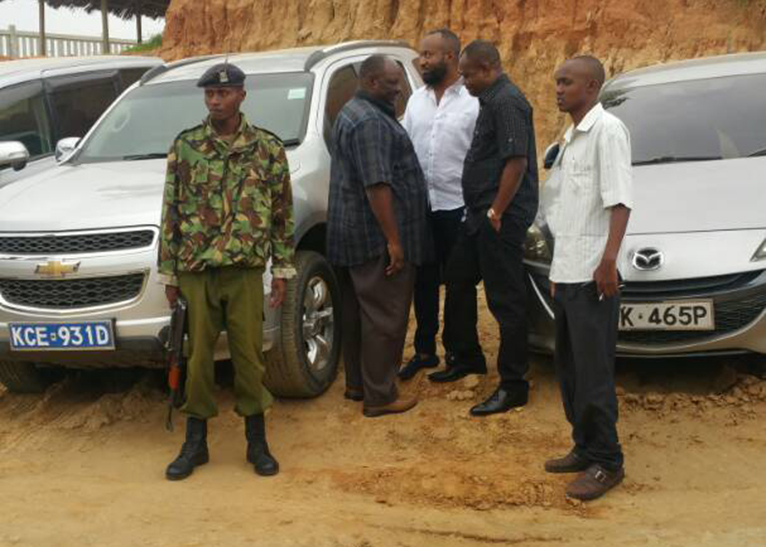 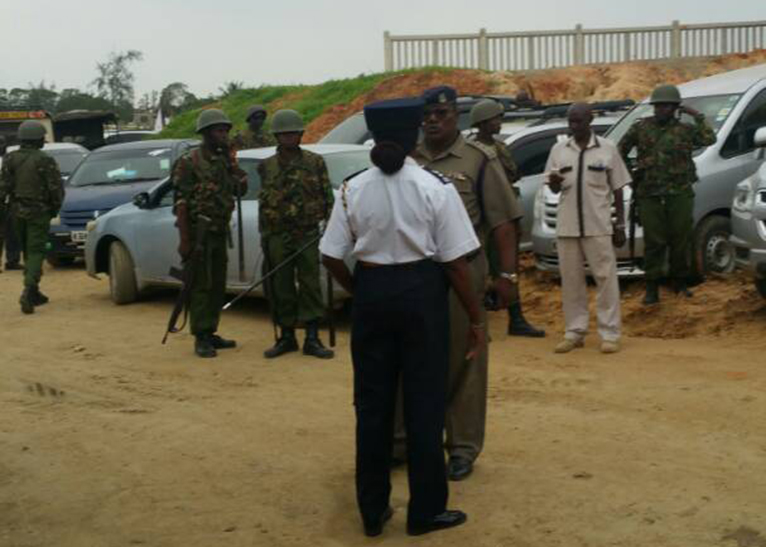 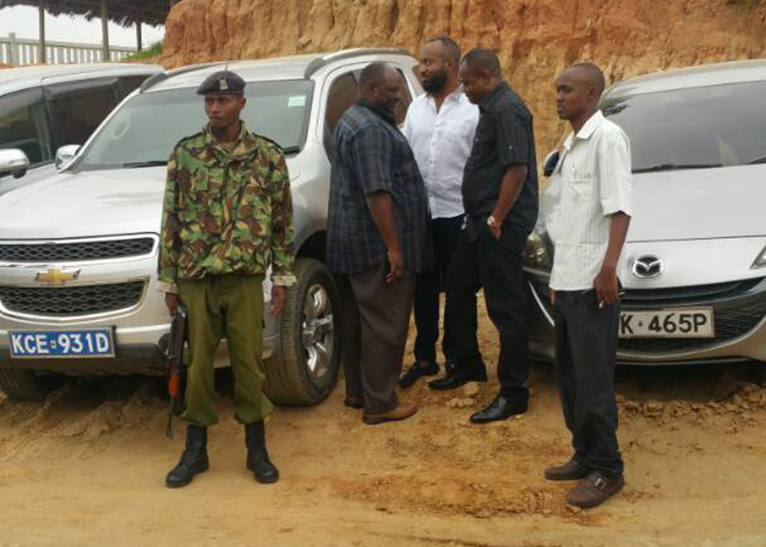 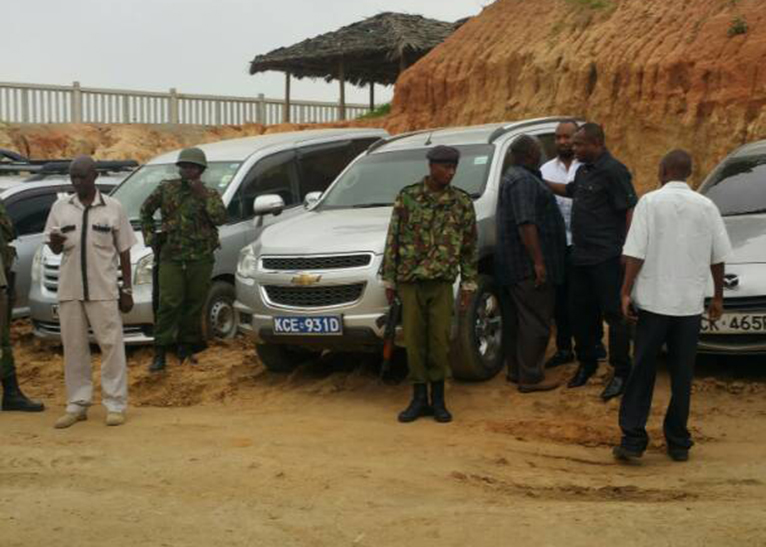 PHOTOS of Joho outside Miritini Station