Flamboyant city preacher Kathy Kiuna has become a cucu,  just nine months after her daughter tied the knot in a glamorous invite-only wedding.

Vanessa Kiuna and her foreign husband Robert Kovac welcomed their first born, Nia Gizelle Kiuna Kovac, into the world early this month and they decided to do a photo-shoot to mark the arrival of their bundle of joy. 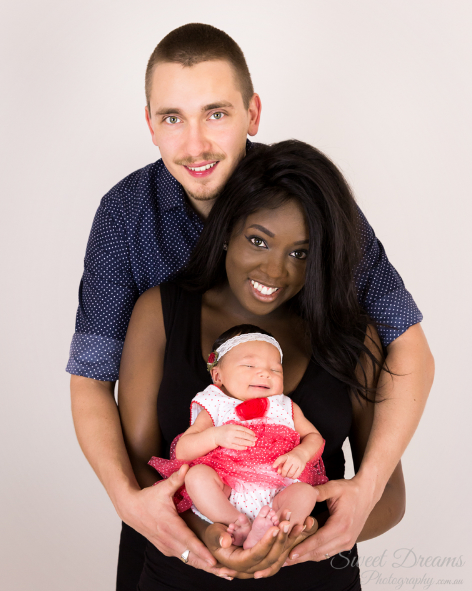 Radiating a maternal glow, young Vanessa is photographed semi-nude with their cherubic new-born. 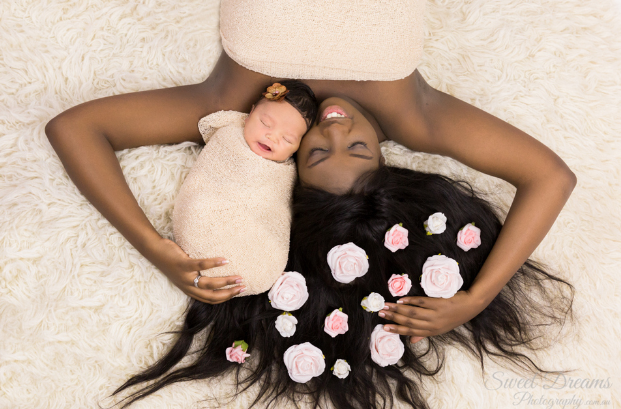 Her shirtless husband too cradles a sleeping Baby Nia in the shoot – photos of which were published on Australian site, Sweet Dreams Photography. 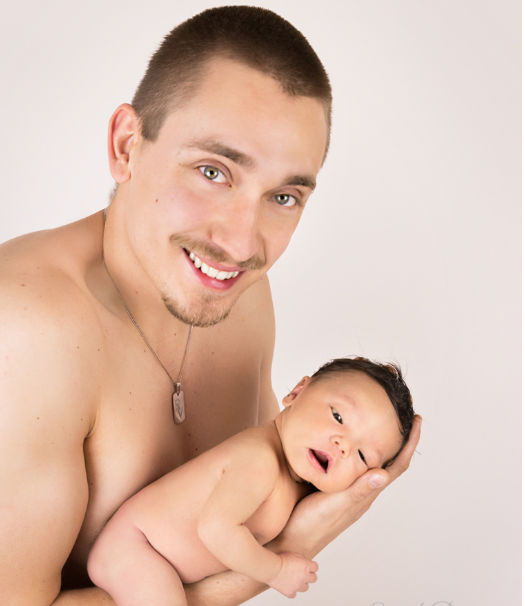 In one of the more daring shots, Vanessa is pictured breast feeding her firstborn.

Cucu Kiuna and her second born daughter Stephanie also feature in the shoot, smiling ear to ear as they cuddle the little girl. 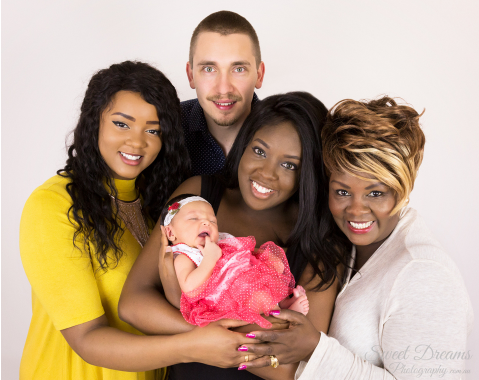 Congregants and social media users have congratulated the young family on the birth of their first child, but others criticised Vanessa saying the breastfeeding photo was indecent.

This is not the first time that the Australia-educated lady has come under fire for indecency. In December, social media users blasted after her wedding gown photos went viral.

The white dress, which had dark brown detailing in some sections, was criticised as overly risqué and inappropriate for a pastor’s child.

In post-wedding tell all interview with Drum Magazine, Vanessa said that she was being judged unjustly just because of her parents’ professions,

“I am not a pastor and I am young. The dress was actually not so risqué-the areas people think were exposed actually had material. It is just an illusion. I do not understand why people were so offended. If my dad was a lawyer, a doctor, or politician would they have talked about me that way? My dress was very appropriate and everything that needed to be covered was covered. Even my parents thought it was really beautiful,” she said.

In a later interview, Kathy Kiuna backed her daughter’s dress choice, adding that she thought Vanessa looked exquisite in the custom gown.