Different Kenyan communities showcased their culture in a lively exhibition held at the Vihiga Municipal Grounds in Mbale Friday, June 17.

The cultural expo took place ahead of the Miss Tourism Kenya gala which will be held at Kidundu Stadium on Saturday, June 18, where 45 beauties from different counties will battle it out for the coveted title.

Elizabeth Yeshwa from Turkana County says the region is known for making attire out of animal skin and making utensils out of tree stems. She says she is hopeful Turkana County representative in the competition will walk home with the crown.

“We expect our girl to win. We believe in God. This is our second day in Vihiga County and the event gets better by the day. Vihiga County administration has done a commendable job in the preparations for the Miss Tourism Kenya 2016,” said Ms Yeshwa.

However, for the Miss Tourism 2016 cultural expo, they singled out the culture of how the Tharaka community chose their warriors.

“The exercise of choosing warriors was very strict! There were items which were used to test if the young men were ready to protect and defend the Tharaka people.

“We used to have items like nturanduara (club). Nturanduara is made of a stone head and a stick. So, warriors would carry with them the nturanduara, a horn and a shield when they went to war.

“Young men would line up and they would be asked to blow a gazelle horn. The gazelle horn would test if they had the strength to run; even long distances. It is quite hard for a normal person to blow the horn successfully. If a young man blew the horn successfully, the next step was to aim and hit a target using the nturanduara. If a young man missed the target, he would be asked to go back to his mother so that he ‘eats enough’ to become stronger.

“When a man managed to hit the target, he would cross over to the next stage where men would step severally on a stone put on a skin, until the skin is torn. If that happens, then the group of young men qualifies to become Tharaka warriors. They would thereafter be given a spear and a shield made from the skin of a rhino,” said Ms Ikua.

Ms Ikua says she is hopeful her county representative will win the beauty pageant.

“We have prepared our girl well enough. I expect that we are going to get the first grade. Culturally and in terms of tourism, we have the best to offer.”

Gedhia Mamo, the Chief Officer Tourism, Marsabit County says there’s no culture that is as unique and diverse as theirs in Kenya.

“We have 14 communities in Marsabit County. And we wouldn’t choose just one community to represent our culture. So we have brought to Vihiga a combination of all of them. Our people did a cultural catwalk and between the catwalk, they stopped and did certain traditional songs and dances from other Marsabit communities. I doubt if there is any rural county that has more than one or two communities like Marsabit,” said Ms Mamo.

“Every community puts on their traditional attire in Marsabit; and I enjoy putting on one today and another tomorrow. I would do two weeks of different cultural attire and it is amazing,” said Ms Mamo.

And about the prospects of their delegate winning Miss Tourism Kenya 2016, Ms Mamo says: “All the ladies that I have seen in Vihiga are pretty and are gifted in their diverse ways. Competition for Miss Tourism is not just about the looks. It is how you can speak and market our country. I know our girl is talented and pretty. She comes from a pastoral community. They should consider us, but may the best lady win.”

Susan from Vihiga is also optimistic that Miss Tourism Vihiga County will floor other 44 Miss Tourism beauties to walk home with the beauty crown.

“The desire that we have is that she wins and make our product marketable even to the world. Let the rest of the world know that Kenya is the home of beauty,” said Susan.

Sargoi, director of Tousrim Nandi County says Nandi has a lot of cultural exclusivity to offer.

“Nandi culture is very rich. What stands out about us is the mursik (fermented milk) and the sotet (milk guard). We are also known for sports tourism.

“We expect that our delegate will definitely win. And apart from that, we expect that she promotes our culture countrywide and beyond, we expect her to be our ambassador. As a country, we can be united through our diverse cultures. We have given her all the moral support she needs,” said Mr Sargoi. 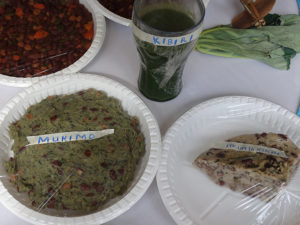 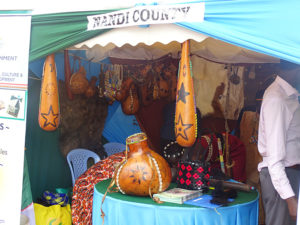 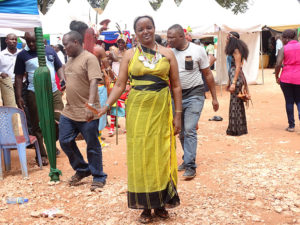 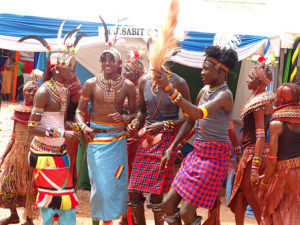 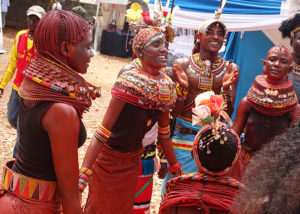 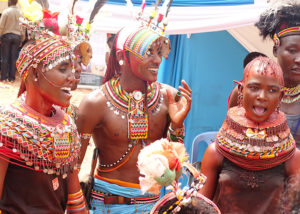 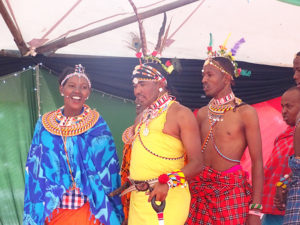 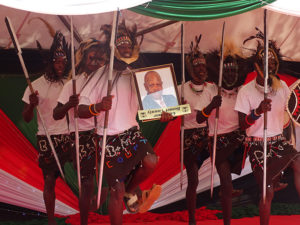 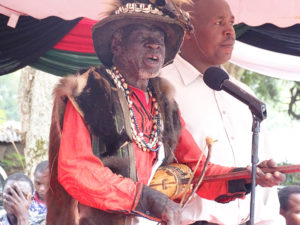 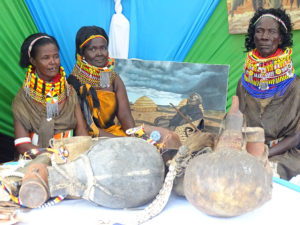 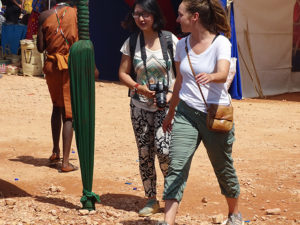 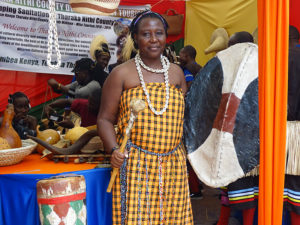 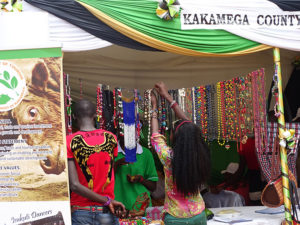 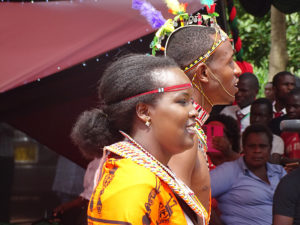 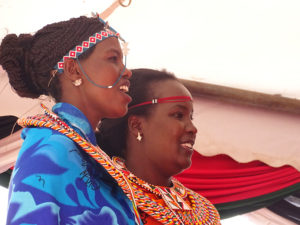 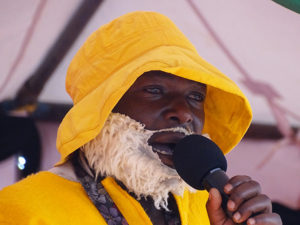 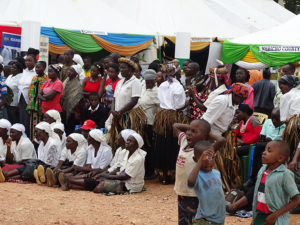 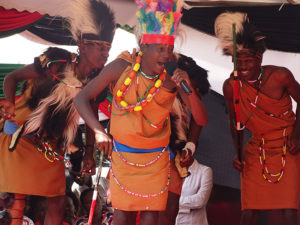 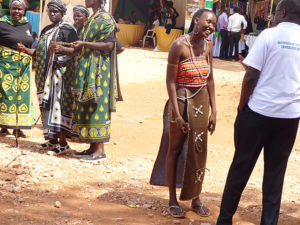 This lady went full throttle on her culture PHOTO/BRIAN OKOTH 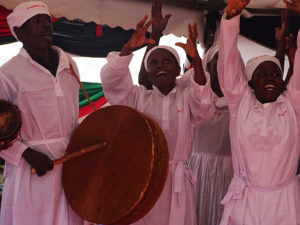 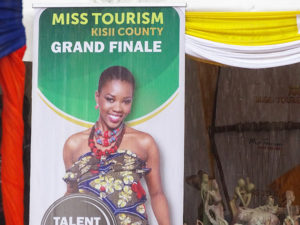