Photos of a flashy Ugandan Man of God being kissed on the foot by his followers have gone viral. Prophet Elvis Mbonye, 40, of Zoe Fellowship on Sunday held a Dinner Party, which saw platinum tickets go for Ksh29, 000, Gold Ksh22, 000, Silver Ksh14, 000 and regular for Ksh8, 000.

Mbonye’s fellowship is held on Tuesdays as opposed to Sundays or Saturdays, saying God suggested to him that he holds Fellowship on Tuesdays. When he started the church in 2014, Mbonye had 100 congregants, but now boasts of over 5,000 of them, Ugandan media say.

Mbonye, before moving venue for worship to Kyadondo Rugby Grounds, used to rent a top Kampala hotel for Ksh1.4 million every week.

Mbonye has been accused by different quotas of devil worship, con artistry, accusations he vehemently denies.

Many find his flashy dress code strange for a clergyman, but Mbonye does not think so.

“That is me. By the way, I am a very simple man,” he told Uganda’s Observer in a September, 2016 interview.

Mbonye says Zoe is a Greek word for ‘divine life’ and this fellowship attracts people from all walks of life, including pastors from various churches.

All this started in 2014 when Mbonye opened doors to people at Hotel Triangle in Kampala where he organised quarterly conferences.

“[But] when we started the Tuesday fellowships, the place which started with about 100 people flooded so fast we had to find another place,” he said in the interview with Observer.

His Tuesday prayers start at around 5pm but congregants arrive at the church at 3pm. Mbonye arrives at 7:15pm to preside over the service.

“One could only watch him on the projector at the pulpit,” wrote the Observer reporter.

In an August 23, 2016 fellowship, Mbonye finished preaching at 8:57pm by calling out all those called Bruno. Three gentlemen showed up and he correctly told them the exact months and dates on which they were born, before sending the crowd into praise and worship songs.

“The whole setting of the venue you saw that day costs us over Ksh1.55 million every Tuesday,” he told the Observer reporter. “We hire the Fotogenix tent alone at over Ksh574, 000, the public address system and live coverage is about Ksh431, 000 and the hotel charges us over Ksh287, 000. It is by God’s grace that we manage,” he said.

Mbonye’s journey in ministering started 18 years ago when a very antagonistic Mbonye – when it came to matters God –, became a staunch believer.

During his first year at Makerere University in 1998, Mbonye returned home to find his sister had invited her friends to pray in their home in Kitintale.

He said he could not stop mocking the group as they prayed in the living room.

“When it was time for them to leave, I also bowed down to pray. I remember asking the Lord to forgive me, and seconds later, I started speaking in (tongues) a language I didn’t know,” he recalled. “I was very shocked. I tried to hold my tongue to speak slowly in English but it just twisted and I continued to speak in tongues.”

With his sister watching, Mbonye rememberred what seemed like an electric shock shooting through him and the entire family was caught up in prayers that attracted neighbours one at a time. The next day, Mbonye had the power to prophesy, starting with his family members.

One Sunday, Mbonye thought of going to church. When he was about to board a taxi, he said the Lord told him to instead walk towards Crane High School in Kitintale where a service for Victory City church was about to start.

Mbonye would start his own ministry a few years later.

“The Lord started meeting me on a personal level. I used to go in isolated places to pray on the hills just to avoid interaction and understand more of the Lord,” he said.

Mbonye’s prophetic anointing has caught the attention of many people, to the extent that whenever he is preaching, believers pull out their phones to record the sessions lest they miss his prophesies. However, it is not that at every fellowship he will prophesy,” wrote the Observer reporter.

“There is a state I have to be in to prophesy. When I am in a tired state and relaxed, I can prophesy. But when I am pre-occupied, I struggle a lot or even fail completely,” said Mbonye.

In all the prophecies, Mbonye said his first and most outstanding prophecy that turned out devastating was foretelling the exact day and month of the 2004 Asian tsunami.

This prophesy ushered him into the realms of national and international prophesy,” wrote the Observer reporter.

“I remember the previous day I (had been) in bed praying, and later caught up in a trance. There were three things; the re-election of [former US president] George Bush, escalation of global terrorism and the third, was the Asian tsunami,” he recalls. “I told my then two friends about this (vision), but when the tsunami came to pass, I had forgotten about it.”

Other prophecies that reportedly came to pass include: the Mabira forest wrangles in 2007, the anti-gay bill, exposure of some Pentecostal pastors’ dealings, the 2010 Kampala terrorist attacks, crashing of three UPDF choppers in Kenya and the latest being the withdrawal of Great Britain from the European Union (Brexit).

With such prophecies, he said churches and individuals abroad have invited him to prophesy, but has turned them down because “the Lord has not told me to do so.”

Mbonye has had to deal with attacks from some pastors in Pentecostal churches.

“Some of them say the powers I use to prophesy are from the devil. But I just forgive them because most of them don’t know what they are talking about,” he said.

The staunch Arsenal fan said he likes watching movies, especially thrillers, detectives and comedy. He is married to Harriet Mbonye, a businesswoman who, surprisingly, has never attended any of his fellowships.

“But she (Harriet) follows the fellowships on TV at home. She may want to be public but I think this is not the right time. The Lord has not shown me that,” he said.

The two have been married for about six years.

On a lazy day, you will find Mbonye at Good African Coffee in Lugogo but in the company of bodyguards, whom he said are for precautionary measures.

Mbonye plans to construct a permanent home for his ministry – not a church, he emphasizes – for more in-depth Tuesday fellowships.

Prophet Mbonye was born in a family of seven to Leo and Teddy Ntiru of Bugolobi, who passed on in 1990 and 1996, respectively. He attended Mbuya nursery school, Kiswa primary school, Kigezi College Butobere for O-level and Standard High School in Zana for his A-levels.

He later enrolled at Makerere University where he graduated with a bachelor’s degree in Development Studies in 2004. 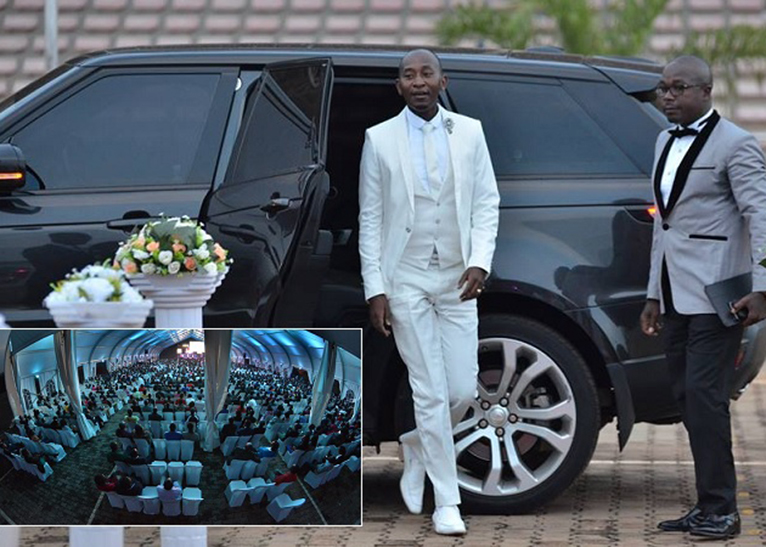 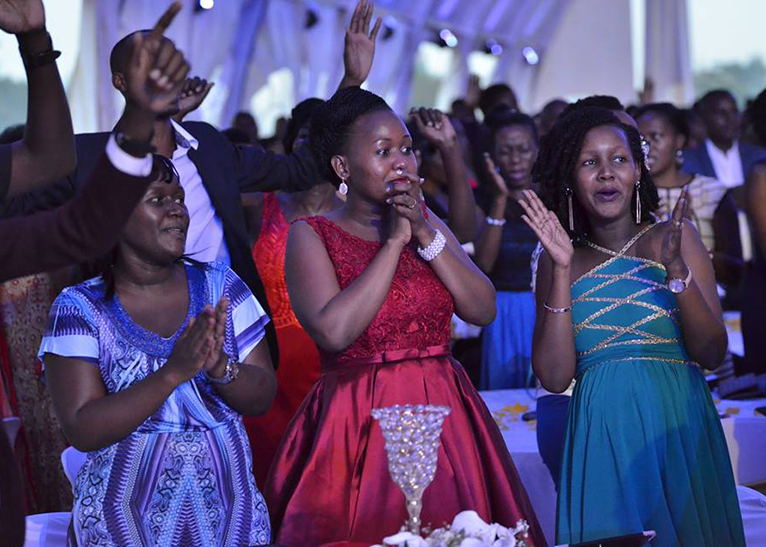 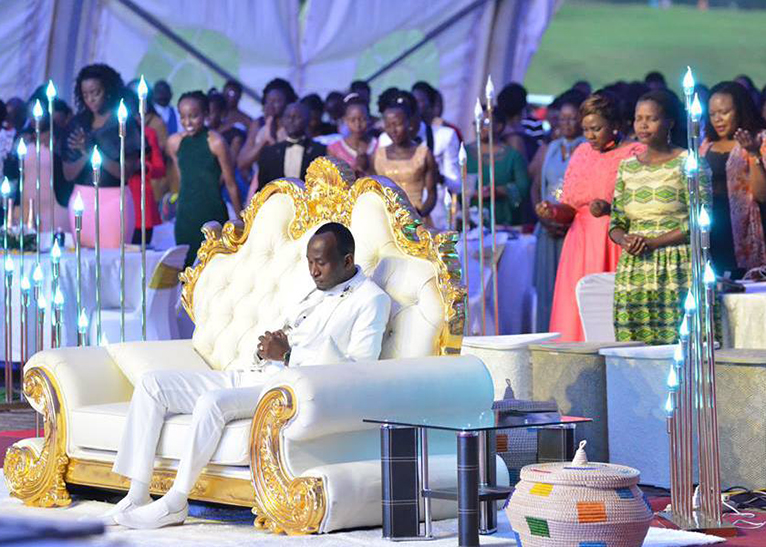 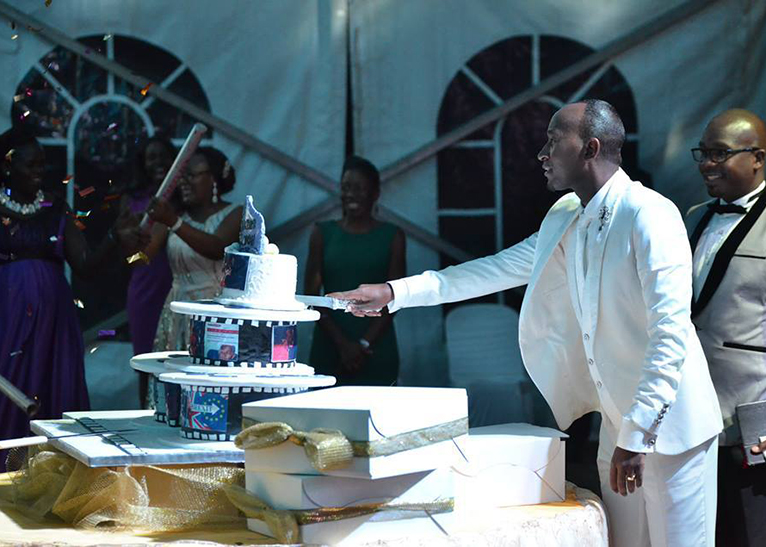 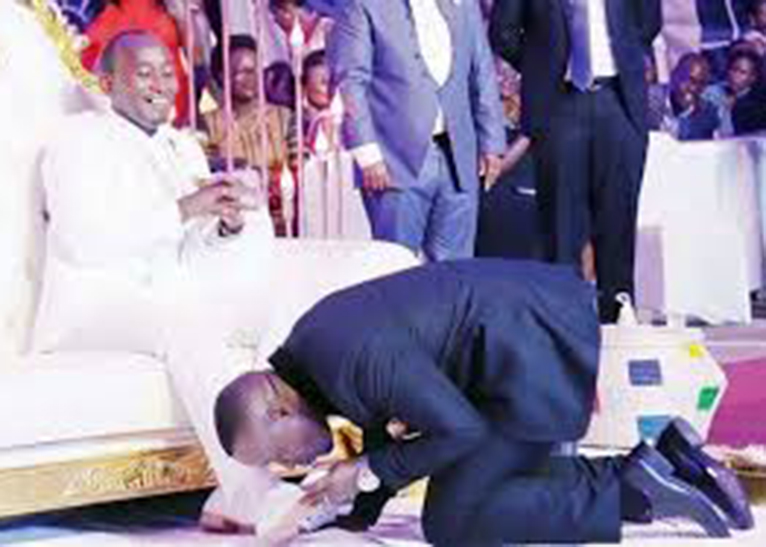 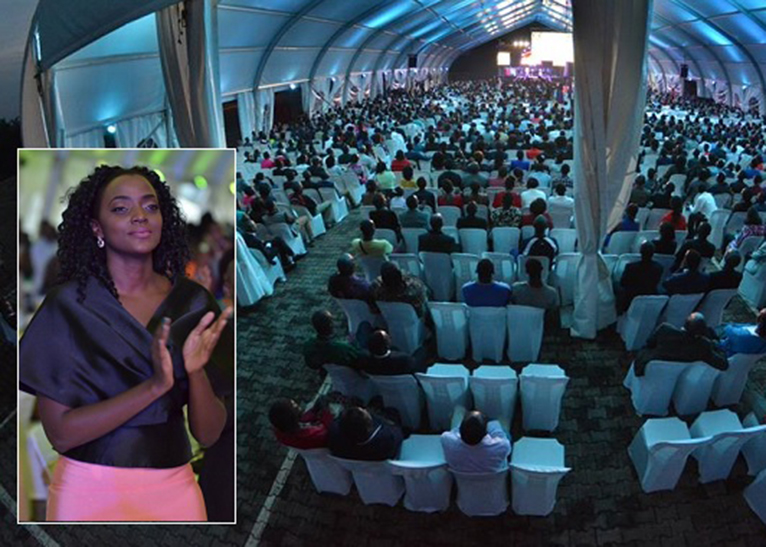 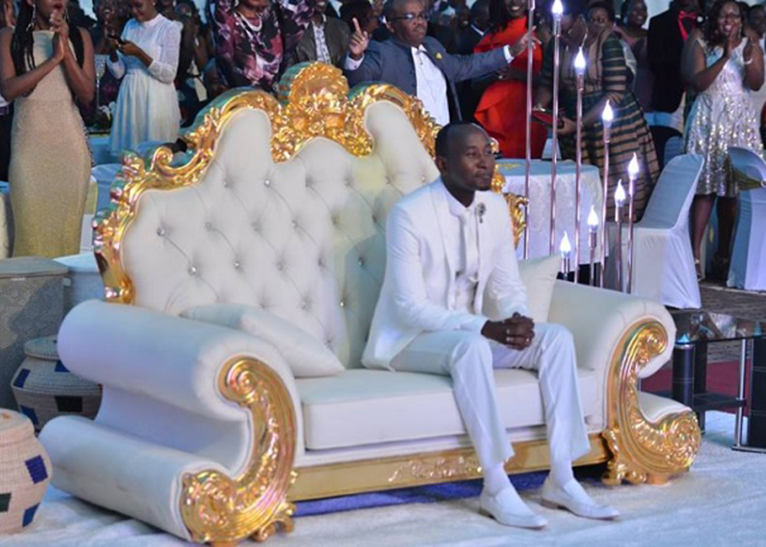 Elvis Mbonye news PHOTOS: All you need to know about this ‘Man of God’ whose pictures have gone viral