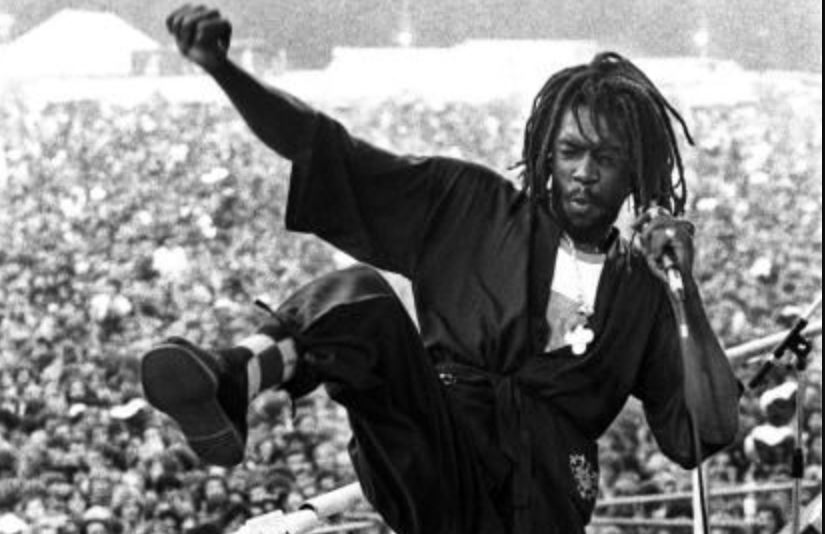 According to reports, the gang reportedly demanded money from the then 42-year-old singer but he said he did not have any in his person.

They – thugs – reportedly tortured him for several hours and held hostage his guests before getting frustrated, after he numerously told them he did not have cash, and opening fire killing Tosh as well as two of his friends and injuring many others whom they had taken hostage.

Dennis ‘Leppo’ Loban, the gang leader, surrendered to the police, was found guilty and remains in prison to date after his death sentence was commuted.

Prior to his killing, however, Peter Tosh was an influential figure in the Jamaican Reggae scene who, alongside, Bob Marley and Bunny Wailer, formed the band ‘The Wailers.’

He later went on his solo journey as an independent artist in 1976 during which he produced such hits as ‘Equal rights’ and ‘Legalize it.’

Reggae lovers on Wednesday remembered him with some of his most memorable quotes and song lyrics:

Nobody can give you peace, peace is the diploma you get in the cemetery, it's the certificate you get after you die and it's written on your tombstone: “Rest in Peace!” – Peter Tosh pic.twitter.com/8JZeltMsO1

Today marks the 32nd anniversary of the tragic passing of reggae singer songwriter and guitarist Peter Tosh, at the age of 42. 🌹 pic.twitter.com/bOTvqiO4mN

#OnThisDay: 11 September in 1987 Jamaican born reggae musician Peter Tosh was murdered at the age of 42 during a home invasion. Peter Tosh may no longer be with us here on Earth but he continues to inspire & live with us through his timeless music. Rest in peace Peter Tosh!

“Everybody wants to go to heaven, but nobody wants to die.”
Peter Tosh
It's Peter Tosh day Etana
Share a quote #KOTLoyals pic.twitter.com/HmtGug7149

Mohspice celebrates a legend👊🏾…Today marks 32yrs since icon Peter Tosh was shot dead 🙏🏽 What is your favourite jam by him? pic.twitter.com/iYw7PlkzSr

32 years ago on September 11, 1987, Peter Tosh was killed. He was known locally and internationally for his radical lyrics and opposition to "the establishment". Tosh was a founding member of the Wailers and played a crucial role to popularising Reggae music. He was 42 years old. pic.twitter.com/78zVKmdyZ7

The most radical political and greatest reggae artist ever lived. Peter Tosh!!! His death was an assassination and execution. Big loss to the reggae industry and Jamaica. #PeterTosh pic.twitter.com/3Ki6ugjwXJ