What started as a trending joke on social media, has quickly morphed into a thorny trend in the fresh of many Kenyan men who have been caught unawares in the race to become top ‘socialities’ or ‘celebrities’.

These individuals are all making a stake for the crown, with each aiming for glory, or is it gory, of being popular on social media.

But is their infamy just a passing cloud, or is it revealing a hidden rot in the society’s moral fabric? Is having sex with minors the new cool, or is this generation headed for doom?

We highlight key personalities that have taken to social media to ‘boast’ about their gruesome acts.

Kenya Airport’s Authority employee, Ken Wa Mwangi, broke the internet early September after his viral ‘paedophilic’ posts glorifying sex with minors made rounds on Facebook and Twitter landing him in trouble with the employer. 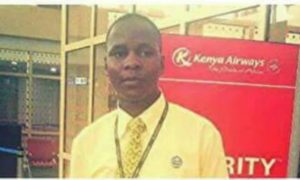 Wa Mwangi, who went by the name Ken Wa Mwangi on Facebook, has since de-activated his account, and later apologised claiming he was only joking when he posted the offensive posts.

However, Kenyans on Twitter under the #KOT tag, would hear none of that, condemning the man until they attracted the attention of his employer, who said that investigations against the accused had been commissioned.

Mohamed Alfayo, the self-proclaimed pedophile, is the latest to show his disregard towards children, and women, by posting photos of him with a Standard Four girl – bragging about his sexual escapades through a Facebook post.

Alfayo, whose real name is Calvin Mbane Alfayo, is a former cop and son to Mekenene MCA from Nyamira County, Alfayo Ngereza Mabera, elicited spite from Kenyans after he publicly stated that he had sexual relations with the minor in a bush. In a vindictive manner, he further goes on to post photos of his victim, almost daring the police to ‘come get me.’ 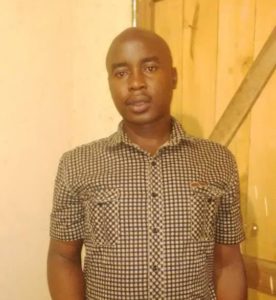 But in what would come as no shocker, his timeline seems to suggest that he is into sex with older women and younger girls.

In one post, Alfayo claims to have sex with a girl on his cover photo, who looks to be a minor. In another post, Alfayo sensationally claims that when he was broke, he had a taste for ladies but now that he is financially stable, he has sex with anything on his way.

Alfayo seemingly dug his own grave as #KOT called for his arrest under the #ArrestMohamedAlfayo hash tag. This incident follows just weeks after Wa Mwangi’s debacle, with Alafyo even having the guts to display his phone number publicly.

On May 27, 2016, a 35-year-old man was arrested with a group of underage girls in Mtwapa, Kilifi County after they were found engaging in group sex.

The girls were between the ages of 13 and 16, and the suspect, Mohamed Ramadhan, had lured them after watching pornographic films together.

It seems the thirst for sexcapades has also ‘lured’ local leaders. Earlier Tuesday, October 4, two Kisii County MCAs were nabbed by members of public with underage girls believed to be students at a local school.

The MCAs were immediately apprehended and are currently locked in Gucha South Police Station as probe continues.

Speaking to Citizen Digital, Dr Wilson Wanyoike, a psychologist, said these habits could be as a result of mental disorder, popularly referred to as ‘paedophilia.’

“Paedophilia is a mental disorder where an individual craves social satisfaction from children,” said Dr Wanyoike.

He further adds that this could be attributed to individuals also being sexually abused when they were young, and thus are still not able to deal with their past.

“Sometimes, it could just be due to drug and substance abuse – which impairs your judgement and decision making capabilities,” concludes Dr Wanyoike.