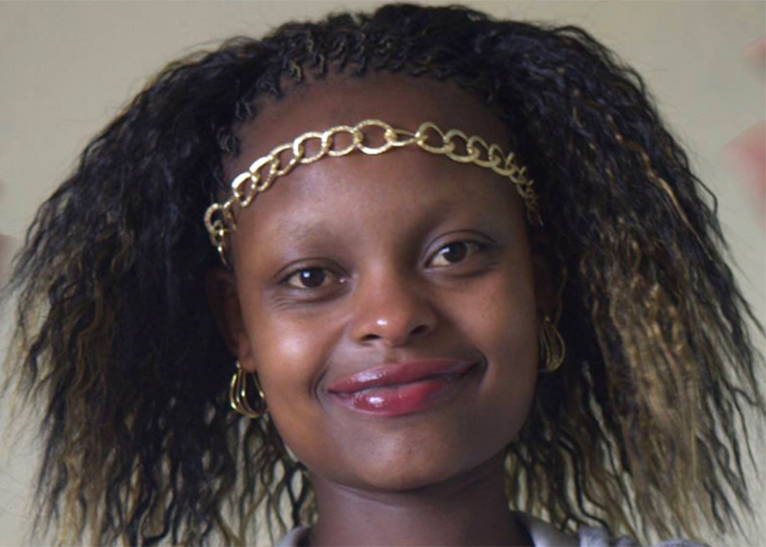 BY MWENDA KINOTI AND BRIAN OKOTH.

The parents of 28-year-old Millicent Mwiriki say she “looked okay, though a little bit stressed” a few days preceding her shocking death Thursday.

Ms Mwiriki committed suicide by hanging from the roof of her father’s granary at Gaturi Village in Imenti South, Meru County shortly after posting disturbing notes on her Facebook page Thursday afternoon.

Ms Mwiriki’s father, John Geoffrey, told EDAILY: “The last thing I ever thought my daughter could do is take her own life. Such a thought had never crossed my mind, at all.

“She looked stressed a few days to the unfortunate incident. I tried probing why she appeared gloomy, but she’d tell me: ‘Dad, don’t worry, I am okay’. Seeing that I couldn’t get a convincing response from her, I asked her mother to talk to her – just maybe she needed a fellow woman, who would understand her better,” said Mr Geoffrey.

The father-of-four says on the fateful Thursday morning, her daughter woke up and performed normal house chores “as usual”.

“Nothing was extremely off about her,” said Mr Geoffrey.

“We’d encourage her that employment doors would open soon, and we were in the process of looking for funds to take her back to school so that she could get higher academic qualifications, which would increase her chances of landing a job,” said Josca.

“Besides her frustrations of being unemployed, nothing was amiss about my daughter. We lived well with her, and rarely did we have issues to iron out,” said Josca.

According to the mother-of-four, her daughter began plunging into depression early 2019, when she realised her lover-cum-father of her 3-year-old daughter, Makena, had cut off communication with her.

“My daughter’s fiancé, Kirimi, had promised to marry her once he completed his education at the Kenya Medical Training College in Nakuru County. After graduating from the institution [in December last year], he severed links with her, pushing my daughter deeper into the depression abyss,” said Josca.

“I tried encouraging her, but she looked gloomy most of the time.

“We knew her lover. We hadn’t met him in person, but our girl had introduced him to us. Our daughter was sure he was the man she would marry. Based on that brief introduction, the young man came across as a good man. It is sad our girl’s troubled love life led to her death.

“Mwiriki’s baby daddy called us yesterday [Friday, March 22] and said ‘sorry’. That was the only thing he said before ending our conversation. He is yet to get back to us again,” said Josca.

“There is nothing much we can do now; our daughter is no more. We are planning for her funeral,” said Josca.

“We’ll try our best to provide for her. It is sad she has been left at such a tender age,” said Mr Geoffrey.

On Friday, EDAILY learnt that a heartbreaking text message from the current lover of Millicent Mwiriki’s baby daddy compounded her woes, consequently pushing her into suicide.

“I am pregnant for your husband [sic]; it is high time you accept that he moved on, and there is no possibility of him getting back together with you,” read a text message Ms Mwiriki received from one Stacy, who introduced herself as the current lover of Ms Mwiriki’s baby daddy.

That message broke the heart of Ms Mwiriki, who was already undergoing stress as a result of financial hardship due to unemployment, the deceased’s family member told EDAILY on Friday.

Ms Mwiriki had taken to Facebook on Thursday, March 21 to seek forgiveness from her father and 3-year-old daughter, Makena, over the action she was about to take.

At 3:30pm, she wrote this Facebook post directed at her daughter: “My love, I can’t find words that would form a perfect statement to express how much I love you. I have fought the battle, but it seems I am almost losing it. I only pray that God may give you guidance, love and comfort. Mum still loves you, and will always love you. Kindly, forgive me [for taking my own life].”

This message was preceded by another meant for her father.

“Dad, [I am] sorry, but I am not able to break the news [that I am about to commit suicide]. I hope you will [find it in your heart to] forgive me,” read Ms Mwiriki’s Facebook post at 3:20pm.

“Her father found her body hanging from a rope tied to the roof of the storehouse in Gaturi Village,” a family member, who sought anonymity, told EDAILY.

The deceased was taken to a morgue in South Imenti.

Ms Mwiriki holds a Diploma in Purchasing and Supplies Management from Jomo Kenyatta University of Agriculture and Technology (JKUAT).

Below is a long message post she shared with Ms Mucheru, whom she briefly interacted with while studying at JKUAT:

“I know it is hard to get employment as a procurement officer, but if I can get jobs such as store clerk, receptionist, waitress, sales representative, and cashier at a supermarket or any shop, I think I would do my best. I have suffered a lot. For now, I am not choosing any job to do; so long as it would pay me.

“I was married and stayed together with the father of my daughter. I was working at the time and my baby daddy was running a [medical] clinic at Muthiga in Kinoo. Financially, I would say we were stable. When I gave birth, I lost my job. I, thereafter, remained at home as he went to work. However, it got to a point when his business began declining in terms of profits. It, therefore, became hard for him to sustain us. We moved from the one-bedroom house we were in to a bedsitter, given we couldn’t afford monthly rent for the previous house.

“Matters, nonetheless, worsened. I, thereafter, decided to take my girl to a day-care as I walked into offices in Nairobi CBD and Westlands in search of a job. In September 2017, my baby daddy returned to school to further his education in a bid to increase chances of improving his income. I decided to go back to my rural place.

“A better part of 2018, I stayed with my parents in the rural setting doing casual work in tea plantations.

“I moved out [of my parents’ place] because my dad often came home drunk and embarked on lecturing me. If you can get me a place where I can work and fend for my daughter, I would appreciate.”