Kenyan singer Otile Brown has defended himself after he was labelled a ‘gold digger’ by Vera Sidika’s female friends.

“This is is a miserable fail, your other friends are rolling with big, bad and rich boys and you are stuck with your broke small-timer,” one of the messages read.

Before she finally settled in Kenya for a Kenyan lover, the socialite dated an abusive Nigerian man and later on, a Beverly Hills Cassanova. 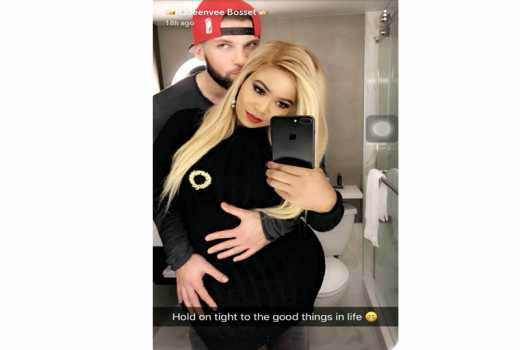 Vera Sidika in a past photo with her American lover.Photo Vera Sidika/snapchat

The recent attacks come amid speculation that Vera and Otile are in a convenient relationship to keep their brands relevant. 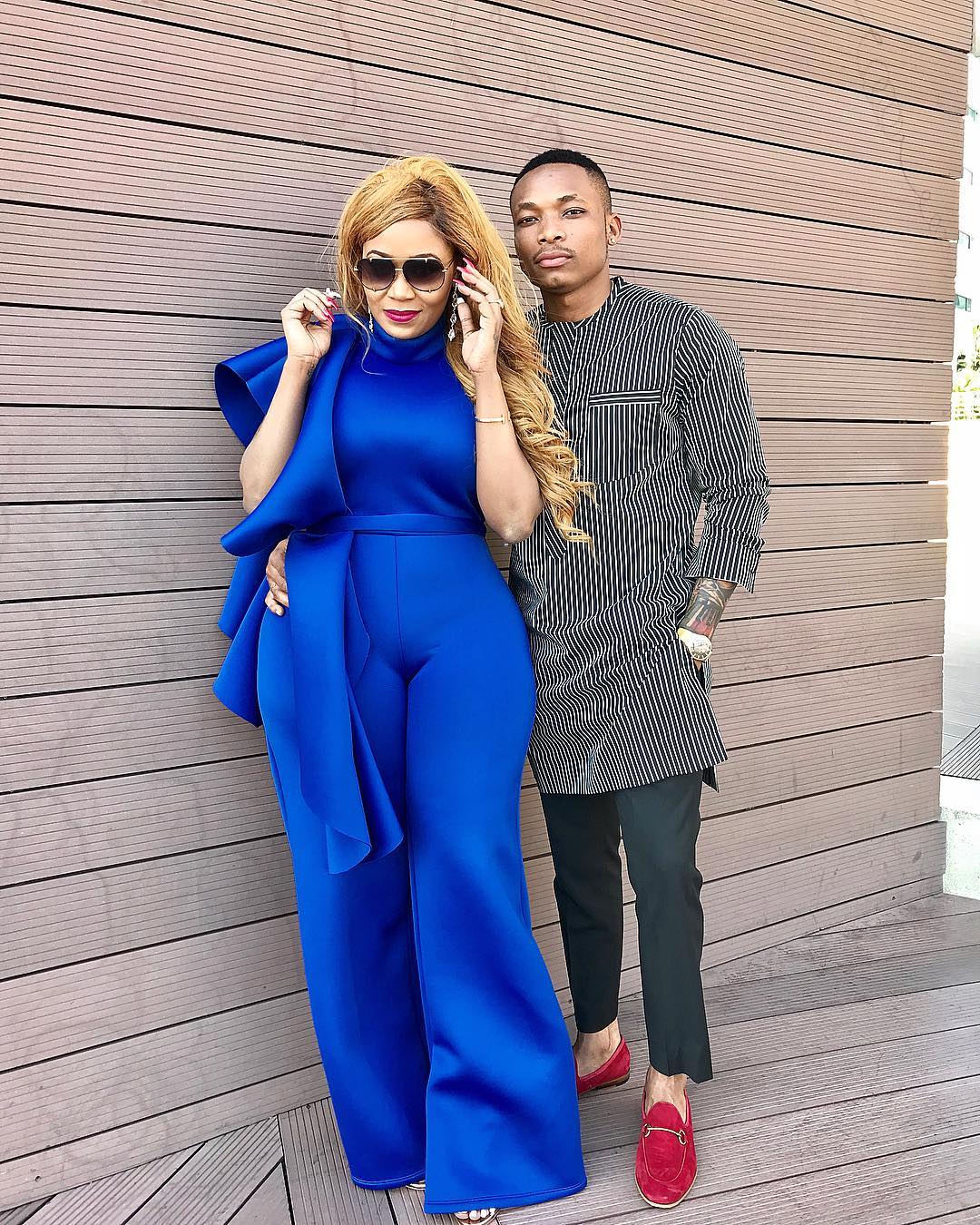 Vera Sidika and Otile Brown during a recent vacation to the coast. Photo: Otile Brown/Instagram

In retaliation, Otile has taken to social media saying that he and his woman were amused reading the hate messages together.

“First of all, I am not an average dude, I’m a true baller in my own level and I aspire to be bigger someday… we all start from somewhere,” Otile wrote in part. 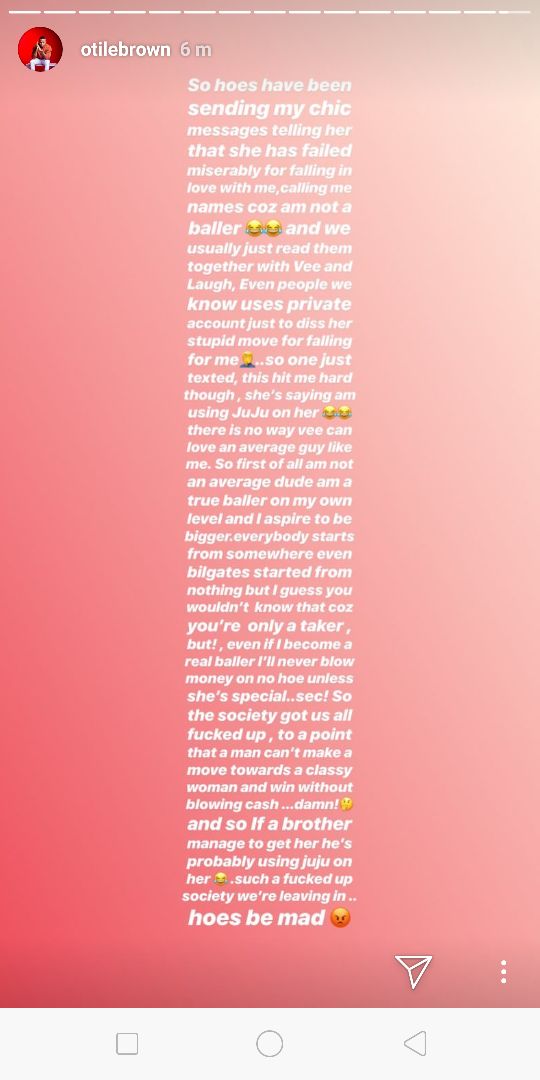 A snippet of the rant as posted on Instagram by the singer.

He further complained that the Kenyan society has made it harder for average men to date classy women for the fear of being judged.

The singer also denied claims that he was using juju to bag the socialite who was previously dating a Beverly Hills fitness model.