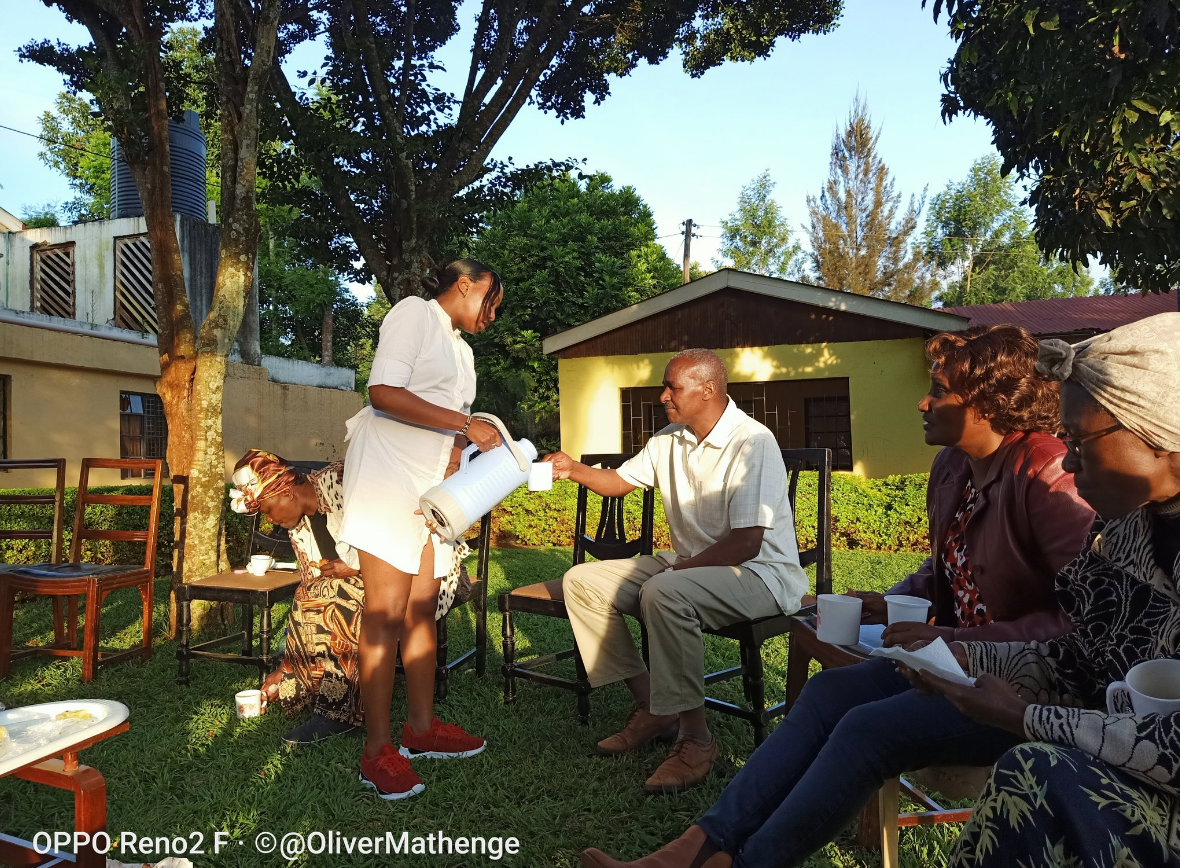 On Christmas day, Star Journalist Oliver Mathenge posted a photo of his wife to his populous Twitter account, captioning it ” I take nice photos”. 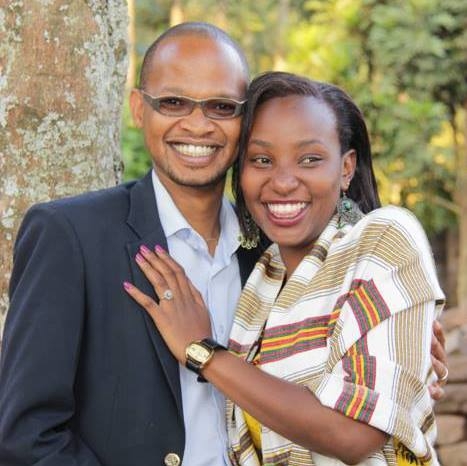 In the photo, Njeri Wamarite- the journos wife- was dressed loosely in a white shirt-dress, and red sneakers.

She was holding a vacuum flask serving tea to three elderly people in what appeared to be a family fuction.

The attention was however on her dress whose buttons ended mid-thigh, exposing a generous part of her leg.

Her dress which was cinched at the waist by a sash belt had ridden up mid-thigh inadvertently lighting up the interwebs.

A fair smattering of netizens argued that she was dressed innapropriately for the occasion she was in:

In my culture, such a woman can’t be allowed to come close to old men…She should cover those thighs before being allowed to serve the Wazees…I blame their mothers

You don’t serve mzee while dressed like that surely…

And there were those who told her to strut it, explaining that long before the dresses came, women across the country walked semi-naked. And no one was bothered.

I totally like her sense of dressing. As long as she is comfortable herself even Bwana Mathenge has no say. MYOB is maturity 101.

Haha…why are people mad. Sioni shida… She’s not naked buana. Plus unaeza enda ukajichotee chai if you’ve a problem with how she’s dressed.

Just 80 years ago our people were walking semi nude.
Ii n the 70’s our mothers wore shorter than that.
So how would it be a problem now unless Hao wazee Bawana minds safi

People here complaining about the dressing by the lady. Back in the pre-1800s that would be being overdressed.

It our minds that ‘civilization’ corrupted.

I totally like her sense of dressing. As long as she is comfortable herself even Bwana Mathenge has no say. MYOB is maturity 101.