Kenyans on Twitter asked newly-wed NTV news anchor Dennis Okari to attend to “honeymoon demands” instead of camping on the micro-blogging site to post news updates.

Mr Okari tied the knot with the love of his life, Naomi Joy, on Friday, February 15 at Ridgeways Baptist Church in Nairobi.

And Kenyans expected him to take a break from social media on Friday evening so that he could direct all his attention to his wife. That [shunning social media], did not happen – and Kenyans realised.

In their tens, Kenyans reminded Mr Okari to “get his priorities right”.

Neema Njoki said:‏ “@DennisOkari, I thought you married jana [Friday]. Update?! Be close to her [wife]. [You are] on duty while on honeymoon?  Be serious!”

Nonetheless, there are those Twitter users who appreciated Mr Okari’s effort at informing them.

Ngetich Towett said: “@DennisOkari, my condolences to the family of those who have lost their loved ones. And I wish the injured a quick recovery.”

EDAILY understands that Mr Okari’s Twitter account was active — sharing news updates — throughout the day, even during the time he was making wedding vows in church.

Mr Okari’s wedding was held in such a low-key fashion that some invited guests got to know of the wedding venue early Friday. 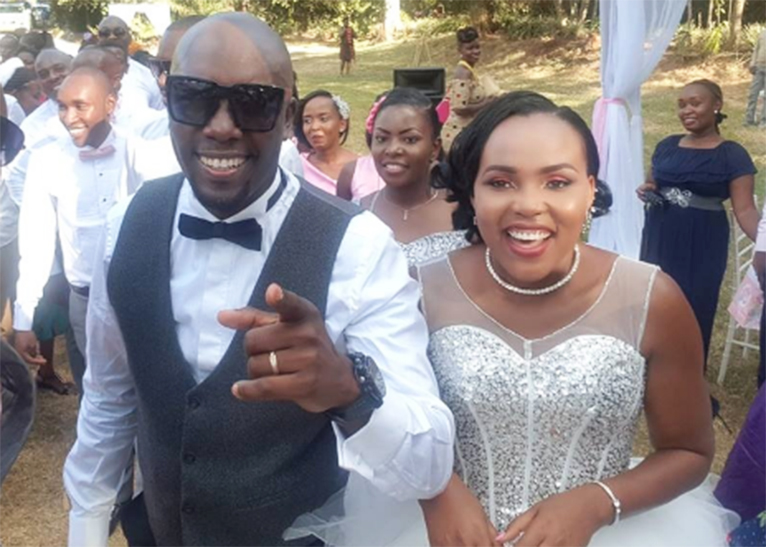 The couple previously held a traditional wedding at Ms Joy’s parents’ home in Ukambani in November, 2018.

Mr Okari, who is K24 news anchor Betty Kyallo’s ex-husband, divorced the journalist after a 6-month turbulent marriage, with Ms Kyallo citing infidelity as the reason for their split. The two wed in October, 2015.