A Tanzanian actress, whose pictures have – of late – been shared extensively on social media, with men left drooling over her curvaceous physique, has opened up about her life as a commercial sex worker in India.

Suzan Michael, whose stage name is Prettykind, has a jaw-dropping figure – a fairly small waist, wide hips and a face to die for, many Instagram users said. 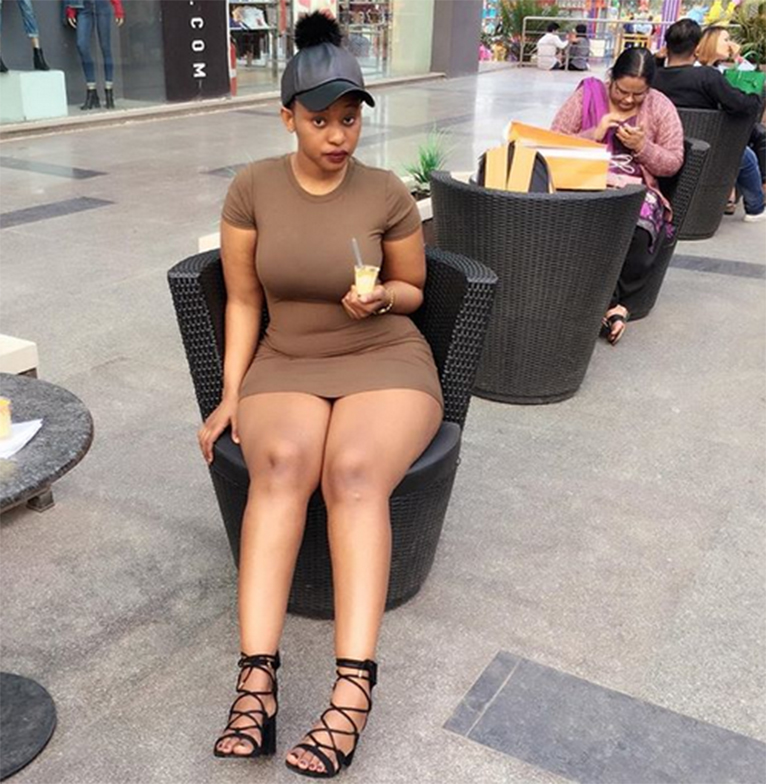 Ms Michael has starred in several Tanzanian movies including Damu Yangu, Who is Back?, Apple and Uyoga.

Speaking to Tanzanian outlet, Risasi Jumamosi, Ms Michael revealed that her naivety and a lack of proper education exposed her to sexual exploitation by lecherous men.

A source based in India told the outlet that Ms Michael was recently deported from India due to lack of essential immigration documents. The informant claimed that Ms Michael, who was double dating Nigerian men, was left exposed after the two men got to know that they were being “played”.

According to the insider, it is the two men who snitched to authorities that Ms Michael did not have the required documents to grant her a stay in India.

When reached for comment, Ms Michael, a Standard Seven dropout, opened up about periods of wretchedness in her life.

“When I completed my Standard Seven studies at a school in Magu, Mwanza, poverty pushed my then-fragile position over the precipice. Life at home was unbearable. I left home for Mwanza town, where I started a water vending business. I also did people’s laundry for money.

“Business was not doing well after a while. Worse still, the people who I did their laundry began oppressing me. I embarked on looking for another job, which saw me being employed at a local television station. The TV station management would fire me shortly, thereafter. I had lost my sister at the time,” narrated Ms Michael.

“All through, I held a strong belief that I was gifted in acting. I, therefore, embarked on looking for acting roles from different film producers. Luckily, I managed to join Tunda Film Group. I would practice with the group, and life began being bearable, as I would receive a fairly good pay.

“When going about my business one day, I met a man, who told me that he knew a wealthy film production firm owner, who would help me land bigger acting roles,” said Ms Michael.

The actress says she met the film production company owner, who promised to help her get big roles on big movies only if she would sleep with him. Ms Michael gave in to his sexual demands.

“He slept with me several times without helping me get a big film role as he had pledged. I called him out for taking advantage of my desperation. He would assure me that he was going to help me ‘soon’. All through, he had booked me into a hotel room, where we would meet and have sex. When my complaints began irritating him, he fled. I was shocked to discover that he had left without paying the accommodation charges. The hotel attendants told me the management had actually kicked the man out. Police were forced to intervene, which saw the businessman pay the accrued hotel charges.”

The businessman would rent Ms Michael a house, where she put up before the man’s wife discovered, leading to the illicit relationship crashing to a halt.

“Honestly, he would make me feel like a wife to him. I, for a moment, forgot the problems that I had. His wife, later, discovered that I was having a fling with her man, leading to a break up between the businessman and I,” said Ms Michael.

“I was heartbroken. I did not give up, though. I would go to location, look for supporting actor roles and be paid little money. After a while, I decided to return to my Magu home, when acting roles proved very difficult to get.”

“One day while at Mwanza, a big actor, who is currently a top musician, approached me, saying he would give me a lead acting role in one of the movies he was producing. He asked me to go for practice at the hotel, where he was putting up. Day One, all went well; same to Day Two.

“After unsuccessfully trying to make ends meet in Mwanza, I relocated to Dar es Salaam, hoping that my life will get better. While in Dar es Salaam, a man, whom I knew quite well, phoned me one day, saying he had read my heartbreaking story on one of the country’s newspapers, and that he wanted to assist me get a job. He told me there were lucrative career opportunities in India; and that I would make large amounts of money in a matter of days.

“Since I had deep financial problems; and my acting career was not taking off as I had thought it would, I decided to give the India deal a try. The man helped me get the necessary immigration documents, after which I flew to India. All the while, I did not know which work I was going to engage in,” said Ms Michael.

When Ms Michael touched down in India, a woman, who was in constant communication with the Dar es Salaam man, who had raised Ms Michael’s air fare, told her (Ms Michael) that the work she was going to do was prostitution; and that she would make a lot of money from selling her body.

“The India woman told me I had a curvaceous physique to die for – and that I was the object of every man’s desire. She said my attractive figure would see me making millions of shillings out of it in a matter of days.

“The woman pimped me to her regular customers on Day One. Honestly, men, who saw me, fought to sleep with me. I refused to sleep with any of them. My conscience would not allow me.”

“I called the Dar es Salaam man on phone and told him about my predicament. He advised me to go file a report with the Tanzanian Embassy in India. I did not know where the Embassy was located; I knew little English; I had never flown out of Tanzania before.

“Despite the inhibiting factors, I tried and made my way to the Tanzanian Embassy. Unfortunately, no Embassy official attended to me that day. I met a woman, who advised me to file a report with the Indian police. Because of language barrier, among other factors, I faced some difficulty in doing so. When I approached the Indian woman (pimp), who had confiscated my travel documents, to beg her to help me secure a flight back to Tanzania, she told me she would do so on condition I give her Tsh2 million (Ksh92, 000). Honestly, where was I supposed to get that money from?

“At the time the then-Tanzanian President, Jakaya Kikwete, who had also read my story on newspapers, had requested to meet me so that he could give me a job. There I was in India, thousands of kilometers away! I really wanted the job. So, I was left with no other choice but to trade my body for money so that I could raise the Ksh92, 000 that the pimp needed to grant me a release.

“I was introduced to alcohol, cigarettes and hard drugs and substances so that I could easily engage in commercial sex work – a job that my conscience had disapproved.

“I would sell my body to four men in a day. One day, while going about prostitution, I met a Nigerian man, who was a student in India. After having sex with him, I narrated to him my troubles. He helped me raise the Ksh92, 000 that the woman (pimp) needed, on condition that I sleep with only him. I accepted.

“Later, the Nigerian student and I decided to live under the same roof together.”

The Nigerian man would complete his studies and travel back to his native country.

“When he left, I was faced with the responsibilities of paying rent and feeding myself. I had no tangible means of income. I was, therefore, left with no other choice but to return to prostitution.

“I sold my body for months, before meeting an elderly man, who showed me love. He provided me with nearly everything; and made me comfortable. He would give me money. I therefore ditched prostitution.”

“During my days as a twilight girl, I contracted sexually transmitted infections. My private parts would itch and a discharge that is yellow in color, thick and bears a foul odor would come out of my vagina. I sought medication from different health centers, and finally when I healed, I vowed never again to engage in reckless sex. I thank God I did not contract HIV during my days as a prostitute.”

Ms Michael says while engaging in prostitution in India, she met her female compatriots, who are big celebrities, parading themselves on streets, as they exchange their bodies for money.

“I met them (Tanzanian female celebrities) selling their bodies for little money. And when they return to Tanzania, they party like there is no tomorrow; splash money around. If only our countrymen would know how these women get their money,…”

Ms Michael, who has since returned to Tanzania, says the reason for sharing her story is to discourage young women from falling for the allure of easy and quick money, lest they be victims of what befell her.

“Every woman should know her worth. I advise them never to rush for quick success, never to desire a comfortable life without working hard. They should never expose themselves to risky ways of getting quick money.”

Ms Michael says she is planning to open a center in Tanzania, where she will accommodate and provide for women living with hardship.

“I will also put up a school, where they can learn. I don’t wish for any woman to go through what I went through.”

Below are pictures of Suzan Michael, which have been doing the rounds on social media: 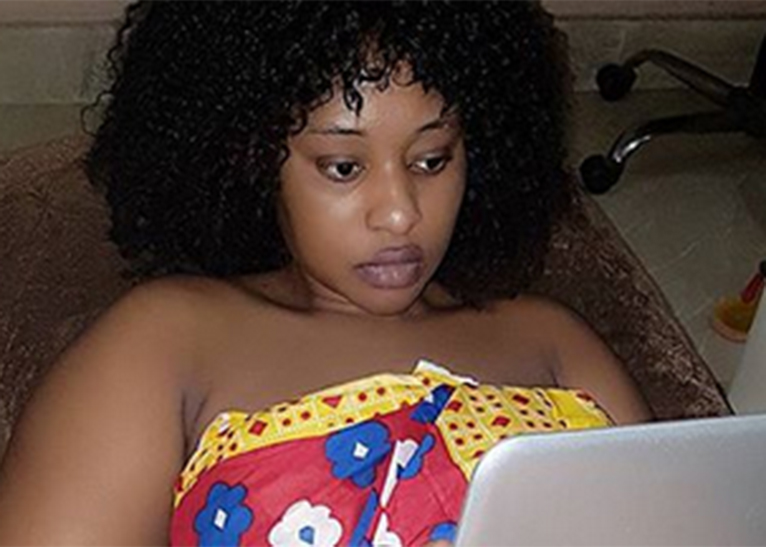 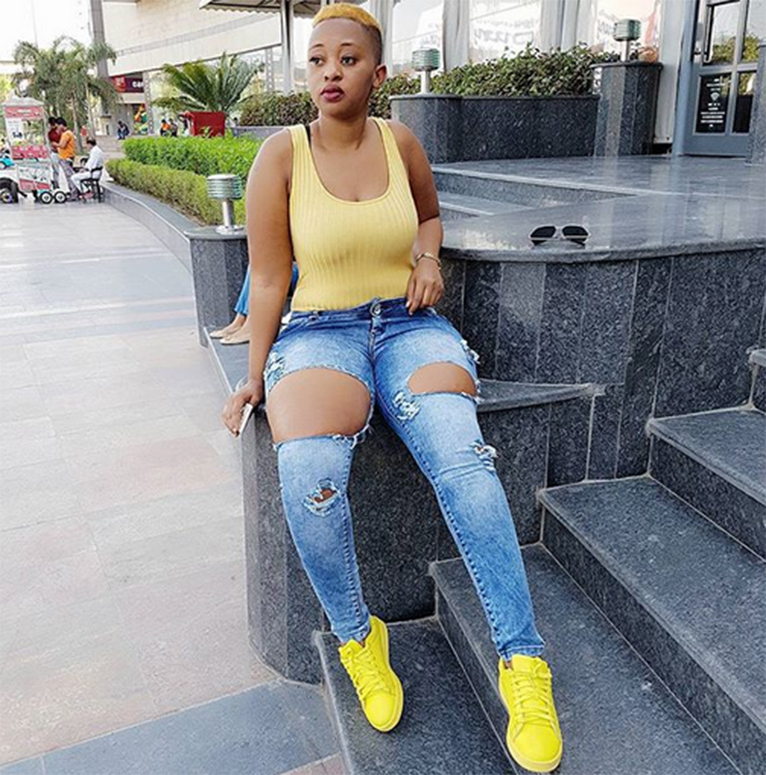 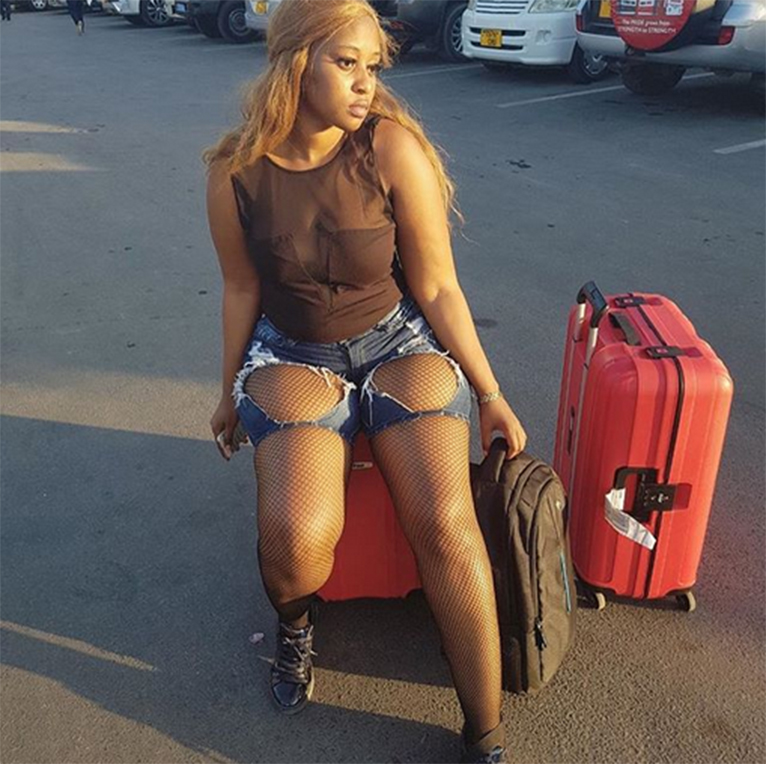 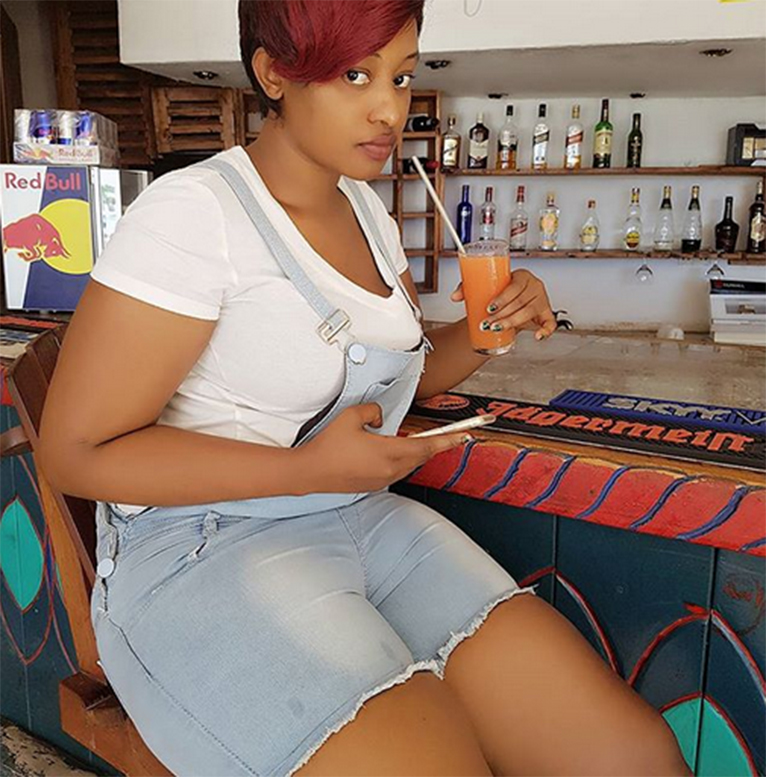 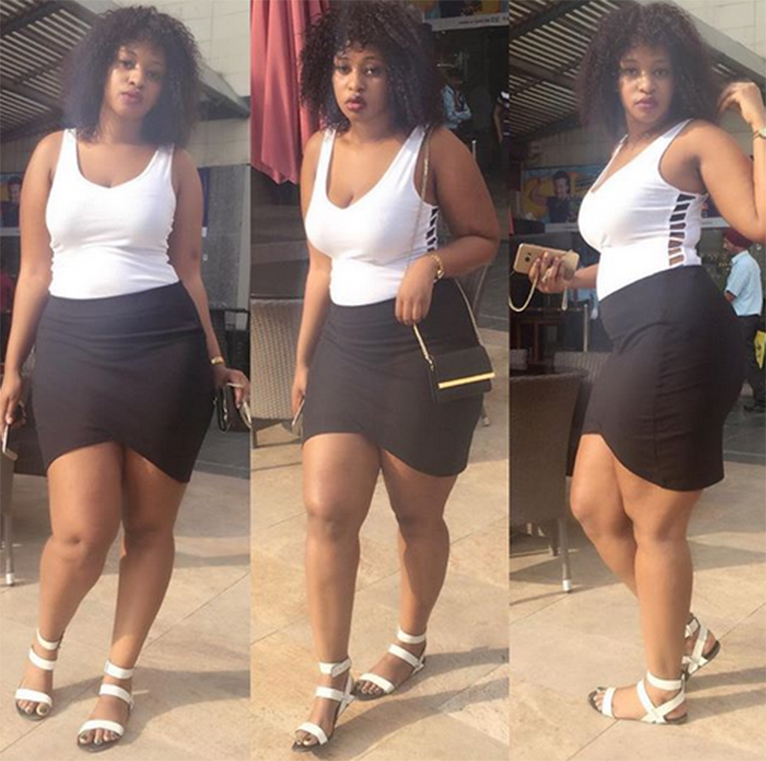