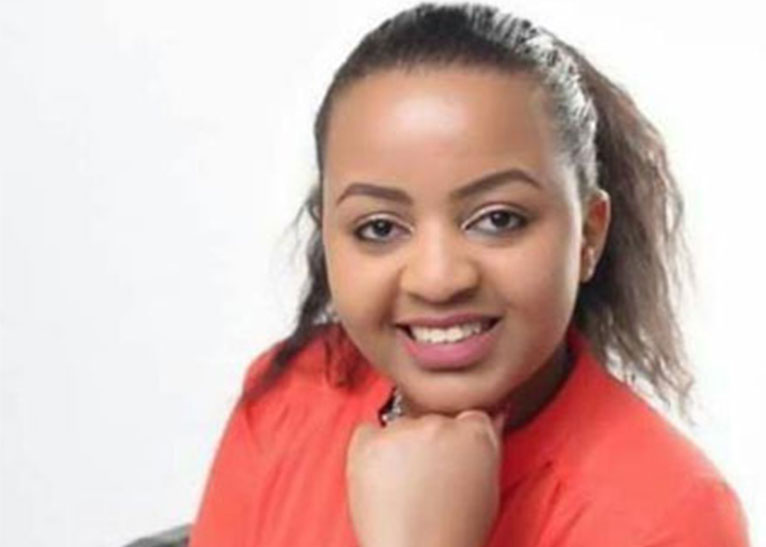 On April 5, University of Nairobi students went to the ballot to elect their new leader.

The learners settled on Ann Mwangi Mvurya; the first female student to occupy that seat.

She garnered 24 votes from the campus reps to clinch the post, with her closest challenger, Samuel Ayoma, getting 8 votes.

Little was known about Ms Mvurya, the last born in a family of two. Just who is she?

EDAILY had a sit-down interview with Ms Mvurya. Below is the transcript:

EDAILY: Who is Ann Mwangi Mvurya?

ANN: Ann Mwangi Mvurya is a lady from Nakuru County. She is 20 years old. She is a Third Year [Bachelor of] Law student at University of Nairobi. She is a lady who is composed, wants to make a difference in society, wants to create a niche for the youth.

EDAILY: How was your early life growing up in Nakuru?

ANN: My life growing up as a kid was quite challenging because I never led the normal kids’ life. If my fellow children wanted to do this, I would do things the other way. That signaled to me that I was meant for greater things ahead. I used to make my mum have sleepless nights because I would question nearly everything she did, or said.

EDAILY: Tell us more about your education history…

ANN: I attended Kings Academy Primary School in Nakuru, where I served as the head girl. I served as prefect from Class Three, all the way to Class Eight. It is at that school, where I nurtured my leadership skills. I, thereafter, joined Bahati Girls’ High School, where I held various leadership posts. It is at Bahati that I learnt that one cannot do anything [meaningful] without God. The co-curricular activities I engaged in include lawn tennis and science seminars.

EDAILY: What inspired you to plunge into university politics?

ANN: I have always been passionate about matters relating to the youth, and I felt the previous student leadership regimes hadn’t done enough to articulate our issues and represent us in a way that I thought would have been appropriate. When I sat down with a group of students [and shared my disappointment], they told me: ‘Ann, you can actually do this’. I, consequently, decided to give it a try. I visited all the 12 UoN campuses, where I asked for their support, and they gave it to me. That was when I went public about my bid. You’d remember I was the last contender to announce my candidacy. I knew, from onset, that my push to lead UoN students wasn’t going to be easy, given the student governing council over the past was dominated by male students.

EDAILY: We have been accustomed to seeing very combative, highly passionate and physical student leaders; for instance Babu Owino, David Osiany, among others, and people online are wondering would you opt to go the aggressive way, when there is need? Will you lead UoN students to the streets as we’ve witnessed before?

ANN: I believe in diplomacy. I would try every amicable way to be able to get a solution. If we won’t be listened to, then we would go to the streets. The UoN administration shouldn’t expect that just because there’s a woman at the helm of student leadership, there won’t be street demonstrations. Just because I am a woman, it doesn’t mean the University of Nairobi will lack a voice. I’ll put away my heels [and lead fellow learners to the streets if needs be].

EDAILY: What are the top three priorities in your agenda for UoN students?

ANN: First and foremost, students’ security. There have been concerns about insecurity on and off campus. I would ensure security is improved to provide students with a conducive environment for learning. My second priority is the amendment of UNSA Constitution, which I feel does not speak to the students. That is something I am going to change. Thirdly, is mentorship of students. I am very passionate about mentorship; I would push for UoN students to get mentorship from various players in the professional industry, who would play critical role in the lives of the learners.

EDAILY: Every other time your pictures are shared on social media, the constant question that features is: Is Ann Mwangi Mvurya dating? Is she taken?

EDAILY: Fair enough. And, who would you describe as your ideal man?

ANN: A man who appeals to me intellectually; one who we would have serious conversations with; one who would empower me as I would empower him; one who believes in me; and one who does not want to constrain me.

EDAILY: You are undeniably beautiful. How do you keep men, who you don’t like, at bay?

ANN: Men often look at me, and they are met with a serious face. So, that keeps them at bay. Those who are daring and approach me yet I don’t feel their vibe, there’s just a way they’ll know I want nothing to do with them, and the last thing any man wants, is suffering embarrassment.

EDAILY: Another observation that often comes out conspicuously is that: ‘She looks like Kirinyaga Governor Ann Waiguru’. To answer them, are you, in any way, related to Ms Waiguru?

ANN: I do not share a lineage with her; I am not related to Ms Waiguru as far as I am concerned. However, I would love to meet her so that we can, maybe, interrogate our lineages. Today alone [Tuesday April 9], I have been here [Citizen offices in Hurlingham] for hours and every person I meet asks me if I am related to Ms Waiguru. That is a regular question directed at me.

EDAILY: Do you plan to plunge into national politics after leaving the UON? We have seen several of your predecessors do that.

ANN: My current focus is the youth and the UoN students. When time comes, and the people feel Ann delivered [commendable services] at the University of Nairobi, [and so, we should give her a national elective seat], I would go for it.

EDAILY: How much did you spend on your campaign for UNSA chairperson’s seat?

ANN: My campaign was quite expensive. I spent slightly over Ksh2 million.

EDAILY: Ksh2 million is not easily gettable by university students. Where did you get your campaign funds from?

ANN: First of all, I am a businesswoman; I am not only a student but also an entrepreneur. I sell produce from my mid-scale farm in Nakuru. Secondly, students, via harambee, contributed toward my campaign funds. I also held a harambee back home in Nakuru.

EDAILY: Who or where do you attribute your business acumen?

ANN: My dad. He has been very instrumental in pushing me to venture into business. I remember, when I turned 18, he told me: ‘You are now mature, you need to generate your own money’. He asked me to try agriculture.

EDAILY: What is the biggest challenge, according to you, facing a female university student today?

ANN: Lack of money. It has driven girls to sugar daddies, drugs, crime and prostitution. To help themselves, I think they can use the little money they have to start small-scale businesses such as printing and photocopying for fellow students in the university. That would solve a lot of our issues.

EDAILY: Any nuggets of wisdom to fellow youth out there?

ANN: Sure. I would tell them: Life is what you make it. If you look at life positively, then it would turn out positively. Always have faith, have courage, be you; people would appreciate more if you are real; if you are you; don’t be influenced by social media; just never let people dictate your life.

EDAILY: What’s your most embarrassing moment?

ANN: When I was disqualified from running for UNSA president last year because I was a First Year student. At the UoN, First Year learners aren’t allowed to run for any elective office.

EDAILY: What can we catch you dead wearing?

EDAILY: Your last name is Mvurya, which is a Coastal name. Your rural place is in Nakuru. Coastal people, most of them, do not leave in Nakuru. Do you mind explaining the connection?

ANN: I hail from there [the Coast], but I live in Nakuru. My [biological] dad is, however, not from the Coast. However, I would just say I have roots in Coast.