Kenyan socialite Vera Sidika’s confession that she was a victim of physical abuse by her Nigerian partner took social media by surprise Wednesday, given Vera has been painting a rosy picture of her life, especially when she tours foreign nations such as Dubai and other countries in the Middle East.

In lengthy Instagram posts Wednesday with confession after another, Vera Sidika said she broke up with her partner, Yommy, in April this year after he became violent and callous toward her. 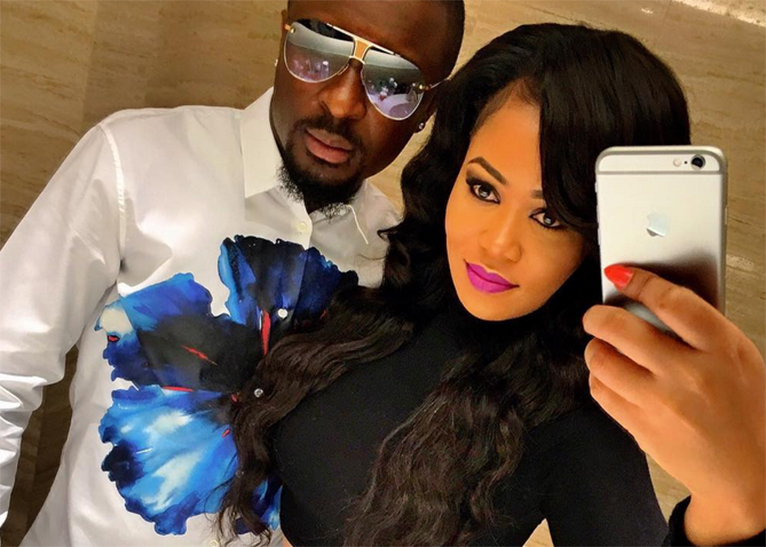 Below is her full narration:

“I remember the first time I shared pictures on social media out of excitement both of us (Vera Sidika and her lover) had. The response was all negative. Kenyans who lived in Dubai said so much about you and I assumed they were hating.

“I heard so much but chose to ignore it all. Even with ignoring it, I was still careful. Careful with my heart. Careful not to fall victim. Careful not to put myself in trouble. Just wanna tell y’all that warned me from day one. Thank you. I’m not perfect.

“Sometimes in life. Love controls us. We do things out of love. We choose to overlook so many things coz of love. We settle for less than we are used to coz of love. I made so much sacrifice in this. People that know me know I lived recklessly coz I never wanted marriage and didn’t care about how I lived. But once again, I got into a [expletive] up situation.

“This is the problem. When you deal with someone that lies for a living, creating fake documents, fake cheques, lie to old women, photoshop paperwork and texts. This is what happens. All he does is lie. He sent me DM just now claiming he doesn’t have my nude. My entire relationship was based on lies left right and center and you got angry coz I said I’m single on a TV interview. What was I to say? And y’all saying stop bringing matters on IG. Na when I was dating him I brought it to IG. Now that he chose to do this I brought it back to where it started IG. So cut it!

“Let me be honest. When I met this man from day one all he wanted to do was get me pregnant. I remember after we screened all he did was [expletive] to get me pregnant; no love making. He would always say “Wanna use Kanye style on you. Get you pregnant quick so we build relationship later”.

“I never understood at first I was so excited coz I love kids so much. But sometimes when things don’t happen it’s coz God is always preventing us from the worst! Thank God I never got pregnant. This was last year Sept-Oct.

“When I went back home something told me to get an implant get to know this guy before making a big step. Did that hours before going to the airport for my next visit in December. Now What I experienced from end of December to January… All I thanked God for was safety and being alive. I have never been so close to God like I was during this time.

“Fast forward…I got back home and deleted pictures from my IG. I remember him asking why I did so. I acted just want low key relationship. But deep down I wasn’t ok with what had happened. So I carried on like it’s cool. With time, he suspected I might be pregnant and instead of denying I carried on just to see what his intentions were  and the kind of person he would be if I was actually pregnant. Nothing changed. We had a fight in April. Broke up and I moved on with life. On this break up he insisted I abort the baby I said ok.

“Knowing so well I wasn’t pregnant. But with agreeing, he still wouldn’t let me be. Claimed I wanna abort coz I’m not patient wit him etc

“ION; he gave me his LV bag coz he said he bought it 5 years ago but he doesn’t travel I should keep it. Then after break up came back saying I return the bag he gave me as a gift if not I sell it and use money to abort. He also refused to return my clothes till date. My clothes are in Dubai and my only worry is what does he need them for since he says they’re cheap? And not clothes he bought coz he never bought me any clothes. So don’t think he’s refused coz he bought them. No.

“When the entire world dreams of setting foot at Burj Khalifa (BK), he lives there. It’s not easy. If you think it is; try pay 35,000 dollars yearly anywhere let’s see how you cop. But again, what got me pissed is as much as you live in BK. Don’t look down on people. Abusing me and calling my house a box house and all that wasn’t necessary at all. That if he sells his designer clothes he will buy my box house. I may not own a proper huge mansion but at the end of the day it’s still mine. My sweat. No one has the right to put others down just coz they feel better than them. On top of it, get violent. Alcohol problem etc. too much!

“I could care less about what y’all think…but God knows I was patient. The first time he hit me I left Dubai and never set foot since January even after he kept asking me to go. I was scared. Reason I was calm on my messages was coz I was scared of what he’s capable of doing.

“I have never in my life been in an abusive relationship. This was my first and you can see my pink bag was packed plus the makeup bag I wanted to leave. But he would never let me leave. It was always a struggle. I finally understood how it felt. How these women feel going through this. I swear to my God I was never in this relationship for money.

“He can testify so can his friends. The clothes he refused to give me back were my own clothes I bought he has never bought me clothes to feel has right to keep them. I honestly thought I should give love a second chance and rub of idea of “I don’t wanna get married” that I once had.

“On a fight he cut my bag handle promised to replace it and never did. Instead said he’ll throw it in the trash or give his cleaner. This was the reason I never went back to Dubai. I tried to leave for Kenya ASAP but couldn’t. He would never let me go anywhere alone and I just had to play nice so I can finally get home safe.

“My relationship was lied to from start to finish. He confessed he was in jail just came out in March, 2016 and changed. Doesn’t do fraud anymore etc. I tried to believe him coz people do change. He said he had a spa and real estate in Dubai. Whenever I was around, I never saw him do any funny thing so I believed him. Until I found out later it was a lie. I discovered so much.”