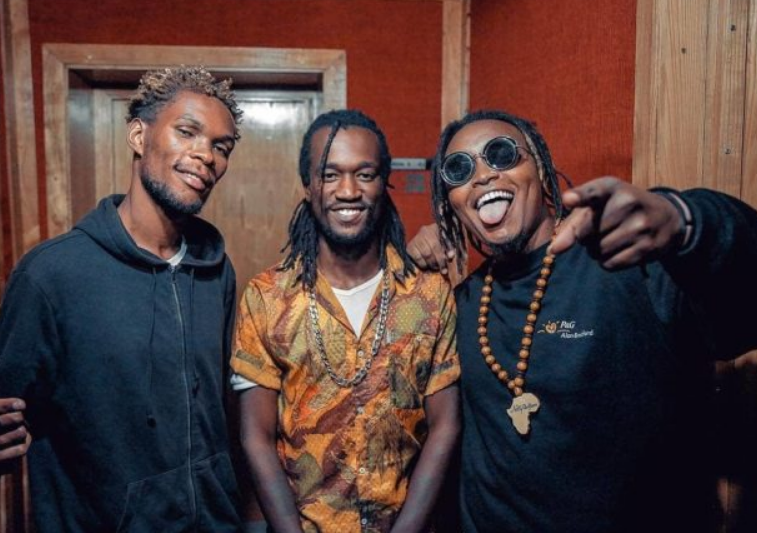 Ochungulo Family, one of the new music groups behind the Gengetone sound that has completely taken over the Kenyan airwaves, has added yet another feather in their cap.

The ‘Aluta’ hitmakers on Sunday came out to announce that they had found the little girl behind the now viral phrase.

The girl – named Happiness – and her mother and elder brother, who recorded the audio clip, reportedly traveled from Meru to Nairobi just to meet the trio.

Taking to Instagram, band members Benzema and Nelly the Goon stated that they hence decided to pay school fees for the girl for the next one year.

They also pledged to “support the family as much as we can”, adding that “educate a girl, and you impact an entire community.”

Wolaaaan!! We managed to get a hold of the little girl who's voice eclipsed into the Mbinginji viral audio… She traveled all the way from Meru to meet @ochungulo_family .. it was a pleasure & her story is soo touching and guess what!!Her name is Happiness… Quite the talented young soul!! And you know you gotta appreciate people that have brought a smile or just made you happy in one way or another. Thus, We decided as @ochungulo_family to pay for her school fees for the next one year,and as the saying goes, educate a girl, and you impact an entire community& also support the family as much as we can. If you like to help for this cause feel free to contact us. All in all it was a pleasure to meet her & her family. #giveback