Nigerian musician Davido, whose real name is David Adeleke, has been dismissed from the National Youth Service Corps (NYSC) for “breaking many rules” during a three-week orientation exercise in Lagos.

The NYSC programme, which was established in 1973, is designed to have university graduates take part in the development of Nigeria. 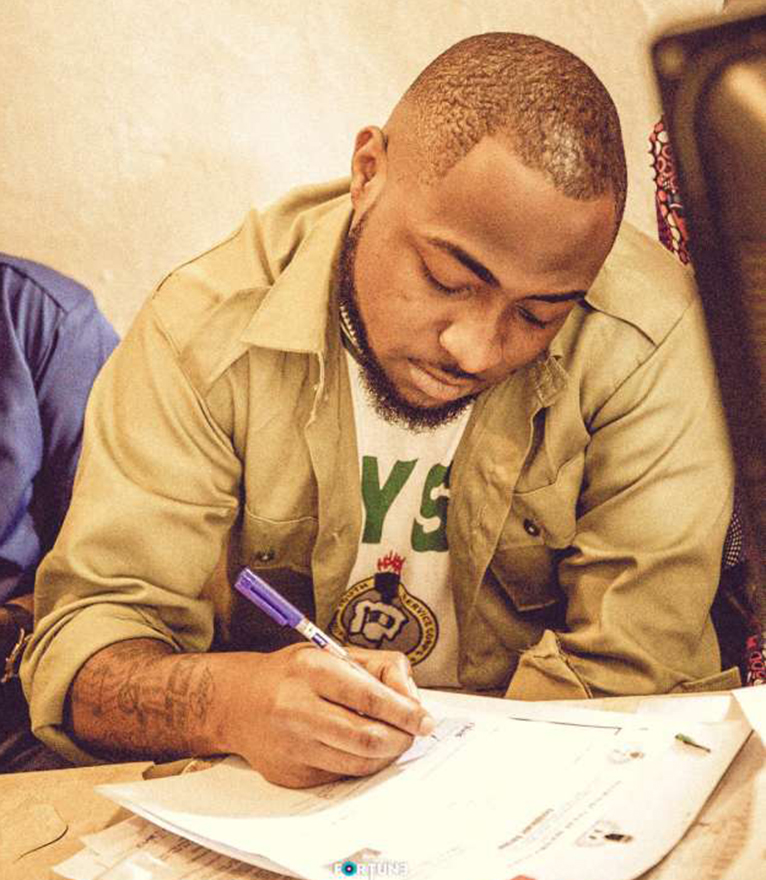 It is mandatory for university graduates to enroll in the NYSC programme. [PHOTO | COURTESY]

It is mandatory for university graduates to enroll in the NYSC programme.

The three-week camp is aimed at preparing the graduates for the year-long scheme, where they are deployed to different states across Nigeria on an assignment based on the courses they pursued in university. The three sectors prioritised by NYSC include education, agriculture and governance.

Davido, 26, graduated with a Bachelor’s Degree in Music from Nigeria’s Babcock University in June 2015. He scored a Second Class Honours – Upper Division.

Nigeria’s Punch newspaper says the “Assurance” star was purged from the NYSC on Saturday, December 8 after he brought his vehicle to the campground. That action, according to NYSC regulations, was illegal.

Davido further breached the NYSC rules by “getting involved in politics” and “absconding the exercise without seeking permission from relevant authorities”.

“The NYSC was constrained to ‘dekit’ Davido for violating the rules guiding conduct and activities in the camp.  As a matter of fact, he absconded because he was away from the camp without permission. That prompted the Corps to issue him a query which was sent from Abuja. So, he is no longer a serving corps member,” an NYSC source told Punch.

A Twitter user, who made fun of Davido following news about his dismissal, was met by a harsh rebuttal from the award-winning singer.

Sam Eba said on Twitter: “[I am] waiting to see how the NYSC gives Davido his discharge certificate then we will start from there.”

Davido, almost immediately, replied, saying: “Sam Eba, who is we? Ode, you are alone! You are worried about another man’s life? Stupid.”

The consequence of Davido’s expulsion from the NYSC is that it would be hard for him to seek employment without the scheme’s certificate.

The big question is: does he need the cert anyway?