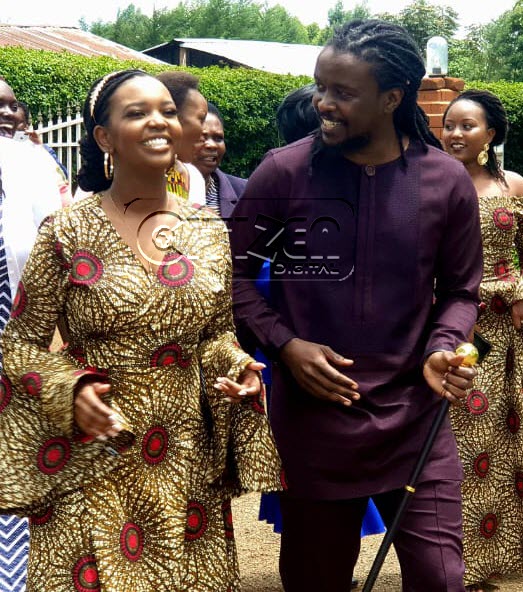 Rapper/singer Nyamari Ongegu or Nyashinski to his legion of fans is officially off the market.

This was after he reportedly held a traditional wedding ceremony in Nandi that was attended by a selected group of friends and family where he paid dowry and fulfilled other customary demands.

The wife, Zia Bett or Zippy to her friends, is a fashion stylist who owns a fashion house called Zia Collections.

The two, who have dated for a couple of years, have managed to keep their relationship extremely private. They do not post photos together or even wish each other Happy Birthday online neither are they seen in public together.

Nyashinski does not even follow her on Instagram keeping his Follower count at a clean, steady zero. But our snitch says Nyashinski may have written the hit song Malaika for his angel Zippy.

The dowry ceremony was attended by a few of Nyashinski’s closest celebrity friends in the industry; Nameless, Sauti Sol’s Bien and Savara, Big Pin and talent manager Mr. Fakii Liwali. 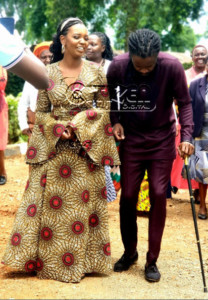 In a photo that is doing the rounds on many celeb WhatsApp groups, Nyashinski is seen dressed in a purple outfit complete with a cane, a look that probably nobody has ever seen him in as he is penchant for black outfits.

We are told he was all teeth when the elders came back with a positive message and the two were officially introduced as man and wife.

Keeping with the African theme, Mrs. Nyamari looked splendid in an Ankara A-Line dress and, like her man, she was also beaming. But we are informed that unlike her husband, she had a change of outfit and she out-dressed any man or woman in attendance.

No word yet on if they will do a white wedding where they will get to invite all their friends and go completely showbiz.

We wish the lovebirds all the best in their new life.