Mr Okari’s invite-only wedding was arranged so secretly that even some of the guests were not aware of the wedding venue as late as Friday morning. 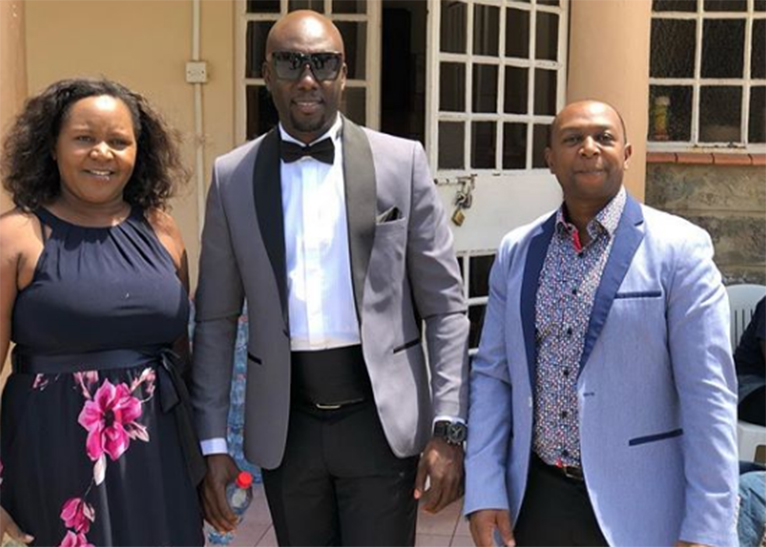 “I was called by organisers of the function yesterday evening [Thursday, February 14], and they asked me to call them once I get to Kiambu Road — so that they give me directions, thereafter,” an informant, who spoke in confidence, told EDAILY.

Well-placed sources, however, told us that the lovers exchanged wedding vows at Ridgeways Baptist Church, and a wedding reception followed, thereafter, at Royal Gardenia Grounds on Kiambu Road.

“Mr Okari warned us – in advance – against taking videos or pictures at the function,” said the source.

“I am happy for him [Okari]. [I] wish him the best,” Ms Kyallo said on Instagram, adding: “And, to everyone else who has gone or [is] going through the same thing [separation/divorce], you are human, life happens; move on and find your happiness. I am happier [outside marriage].”

Mr Okari and Ms Kyallo’s marriage collapsed six months after they tied the knot in October, 2015.

Very little information is known about Mr Okari’s bride, Naomi Joy, whom he proposed to on January 26 this year.