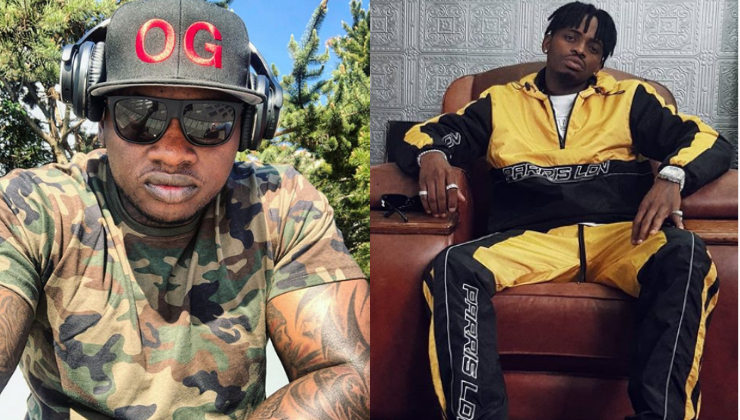 Kenyan rapper Khaligraph Jones has finally come out to respond to pressure from fans for a collaboration with Tanzanian star Diamond Platnumz.

Speaking to Tanzania’s Dizzim TV, the ‘Leave me alone’ hitmaker stated that Diamond is yet to release a song he feels he could vibe with enough to warrant a collabo between them.

According to the OG, as he is popularly referred to, the ‘Kanyaga’ hitmaker should consider trying a little trap; maybe then he (Khaligraph) would hop into the studio with him.

“Diamond has a certain appeal to the people, but I feel he has not done anything I feel I could jump on with him. Maybe that is his sound, but I would want to drag him to my side for a little bit,” he said.

“He did a collaboration with Rick Ross but I still didn’t feel it (the song). I want him to come to this other side so we can trap a little bit. Don’t get it twisted, with what he is doing he’s already way up there; but I feel if we brought him to this other side the fans would appreciate it more.”