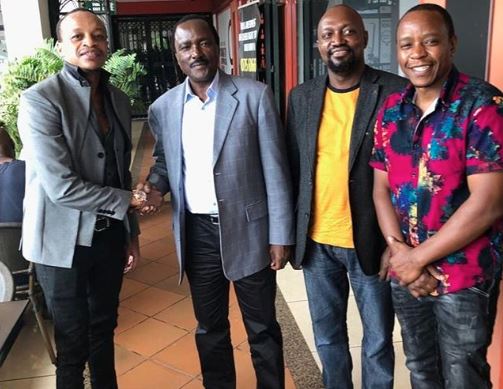 Wiper Communications Officer Onesmus Kilonzo, speaking to EDAILY on Tuesday, reiterated that the party had decided against fielding a candidate in the Kibra seat that fell vacant following the death of MP Ken Okoth who succumbed to cancer on July 26, 2019.

According to Mr. Kilonzo, the party on Tuesday unveiled Prezzo as its candidate in the Kibra Parliamentary seat in the 2022 elections and not the upcoming by-election as was previously reported.

Sources close to the ‘Celebration’ hitmaker previously intimated to EDAILY that he – Prezzo – was keen on contesting for the seat but that he was asked to wait for the next election cycle.

Reports of the rapper vying in the November 7 by-election spread after he accompanied Kalonzo to – and even addressed the crowd – the Railway Club grounds in Nairobi on Sunday during a church service and fundraiser.

In a video taken during the service that he Prezzo has since shared on his social media platforms, Musyoka however stated that Wiper would not be fielding a candidate in the Kibra race.

“We saw that ODM already picked a candidate, so we decided that as Wiper for now…because we recently beat them in Embakasi South…we will not have a candidate (in Kibra),” said Kalonzo.